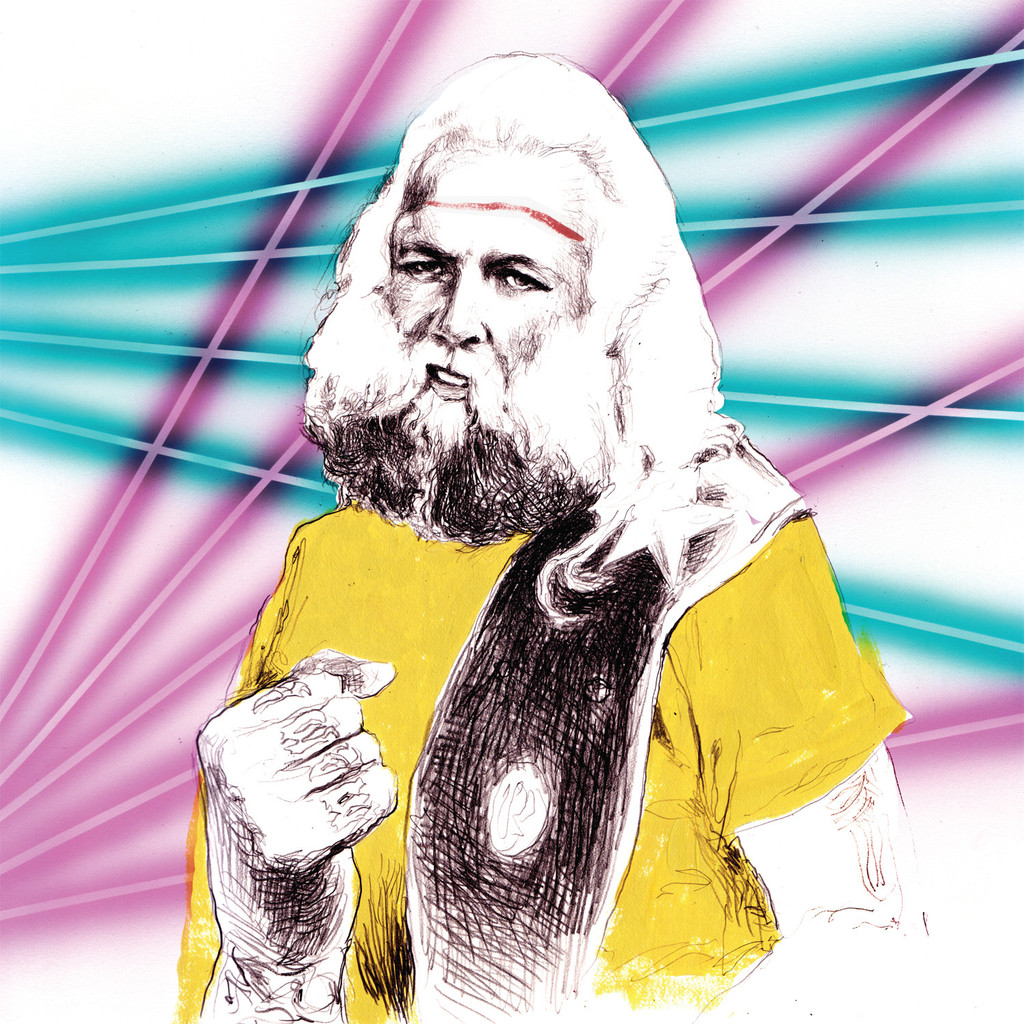 Fire Note Says: Sunwatchers produce a strange, intoxicating mix. Emphasis on the strange.
Album Review: To assemble and write an album like this it takes a group of interesting heavy hitters. Luckily, New York’s Sunwatchers do just that. Comprised of Jim McHugh (Guitar, Electric Phin), Peter Kerlin (Bass), Jeff Tobias (Alto Sax), Cory Bracken (Vibes, Percussion), and Jason Robira (Drums)-many other musicians sat in too. Musical projects that come attached to these names: Dark Meat, Arthur Doyle’s New Quiet Screamers, NYMPH, and Chris Forsyth’s Solar Motel Band. Just as interesting as the names above is the cacophonous instrumental “noise” the jazz/ avant-garde/psychedelic rock collective produces.
Once you put the pieces together, it really makes sense why Castle Face sought to release the groups self-titled debut. “Herd of Creeps” bodes heavy and hypnotic like tall standing oak doors opening to an uncertain labyrinth. “For Sonny” and “White Woman” play like the best Omar Rodriguez-Lopez experiments or the heavy, alien brass of Amputechture. “Eusubius,” while still “interesting,” has Sunwatchers trying to show their range with their interpretation of German composer Robert Schumann. While tranquil, it’s ultimately the most aimless song on the album. But, if any album could be ended with “Moonchanges” it would ultimately be better for it. “Moonchanges” helps compile tranquility and catchy. When it starts up I hear the drifting calm of Hendrix’s “1983… (A Merman I Should Turn to Be” middle interlude. When everything really kicks in it’s a rushing feeling of exhilaration.
Sunwatchers’ self-titled debut is an album that’s heady, restless, muscular, different, and maybe even a tad pretentious. That being said, I wouldn’t have it any other way. As an instrumental record, Sunwatchers still manage to speak volumes-literally and figuratively. While this debut isn’t something you listen to on a weekly basis. A track popping up here or there would always be a welcome surprise. Expect this album to be on my end of the year list if not our top 50 for sheer originality.
Key Tracks: “Herd Of Creeps” / “White Woman” / “Moonchanges”
Artists With Similar Fire: The Mars Volta / Arms of Tripoli / King Crimson