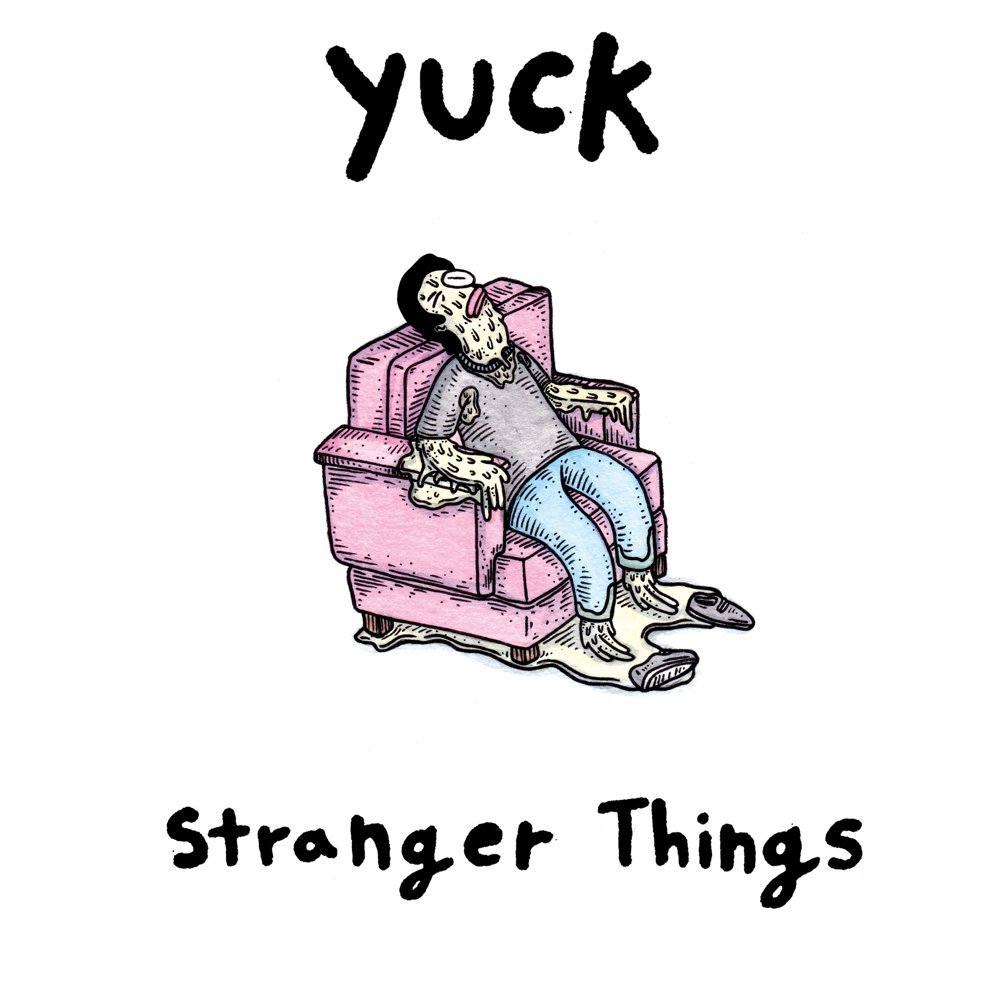 Fire Note Says: Yuck is still wearing their 90’s hearts on their collective sleeve.
Album Review: In what very well might be a make-or-break moment, the London four piece band Yuck have arrived at a fork in the road. With their eponymous 2011 debut Yuck staked a claim for supremacy of the burgeoning nineties retro movement. It was widely acclaimed and achieved for the band a momentary place near the top of the indie universe. It was to be short-lived, however, as front man Daniel Blumberg left before the sophomore album, Glow & Behold. That record split fans down the middle with some believing that newly promoted singer/guitarist Max Bloom’s voice was close enough to Blumberg’s that it wasn’t that big of a deal. Others (including most critics) were less kind. They felt the loss too great to overcome and panned that album severely. Now I don’t know when Blumberg became such an irreplaceable commodity; his defection can hardly be equated with, say, Peter Gabriel leaving Genesis but it is safe to say that Bloom is no Phil Collins either. My thoughts tended to give him a fair shot and, that said, he more than holds his own. The problem with Glow & Behold was the simple fact that the songs weren’t as good as the ones found on the debut. Which leads us here. Album number three. Although there was clearly no honeymoon period, this album needed to reassure their slender fan base that Yuck is still viable.
Things begin promisingly enough with “Hold Me Closer,” a catchy tune that brings to mind Keep It Like A Secret era Built To Spill. If all of the tracks on Stranger Things adhered to this Pacific Northwest Indie Rock template perhaps they’d be on to something. The short but powerful rocker “Cannonball” queues up next and it bears zero resemblance to The Breeders but still holds up well. A simple chord progression augmented with a melodic guitar hook all taking a mere 2:27 to gets its point across. So, a decent start, then. They slow down for the psuedo ballad, “Like A Moth.” Although a bit of a momentum-stealer it has enough depth to it to justify the front end sequencing. The title track, however, does a very able Teenage Fanclub jangle pop impersonation but lacks that band’s ear for memorable vocal lines. The lyrics are just too cliched to repeat here and at over five minutes it loses steam real fast. By the time we get to bass player Mariko Doi’s only turn at lead vocals on “As I Walk Away” the straight forward approach to the album becomes a drag and her voice is a welcome, though brief, respite. 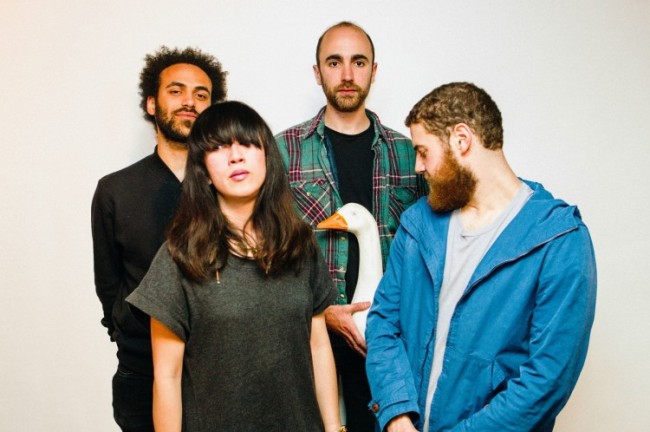 What is truly missing is the sense of wonder and excitement from the first two records. The first album generated a lot of buzz due to the sheer energy and vim with which they plied their trade. The second album really tried to expand on their sound. This one feels like a retreat. This is a band who cut their teeth emulating vibrant, angular music from a time not that long ago and so it is particularly difficult listening to the last couple songs here. The woozy shoe gaze of My Bloody Valentine combined with a Modest Mouse song structure sounds interesting on paper but “Down” and “Yr Face” are dull and end the record on a sour note.
Stranger Things is not a bad album – not by a long shot. But it is disturbing that a band with this much to offer could not see their way out of the woods. They do slacker nineties indie about as good as anyone these day. But where Surfer Blood and Cymbals Eat Guitars have been successful in modifying that origin story to meet their muse, Yuck seems mired in it. There’s no doubt that this record will be pummeled mercilessly but it is also true that this is almost entirely unfair. They are doing what they do. And, for the most part, it still sounds good to me.
Key Tracks: “Hold Me Closer”, “Cannonball”, “As I Walk Away”
Artists With Similar Fire: Dinosaur, Jr / Pavement / Teenage Fanclub

The Friday Fire Track: The Virginmarys – “Moths To A Flame”