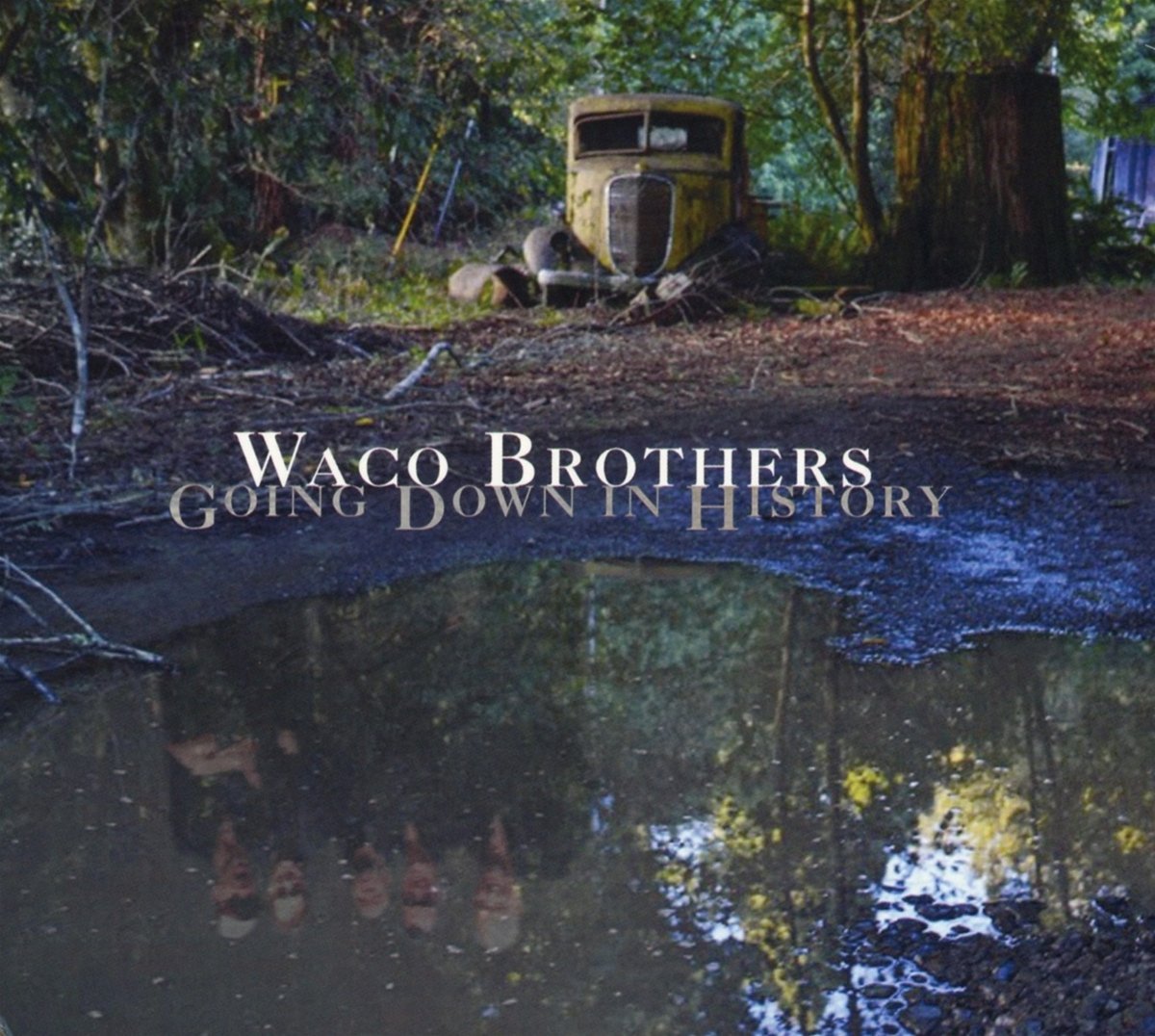 Fire Note Says: Solid effort from Waco Brothers on their ninth LP.
Album Review: On their ninth album, Chicago’s Waco Brothers dig even deeper into their passion for mixing country music’s earthy song-craft with punk’s hard rockin’ delivery. Coming together originally in the mid-90’s when John Langford left the Mekons to explore a sound rooted in old school country, the Waco Brothers were following in the path of 80’s cowpunk bands like X, Rank and File, Lone Justice, Jason & the Scorchers, and Social Distortion.
“This is the first track of the last album,” starts the opening track, “DIYBYOB,” “no one knows which way the ship will head,” but Waco Brothers deliver more of their reliable, edgy guitar-driven rockers, with fun, ironic lyrics and just a touch of fatalism: “Sailors take warning/red eyes in the morning/you can’t kill us/we’re already dead.”

“All or Nothing” is an intricate rocker, with more attention to background vocals, covering the Small Faces’ classic track (dedicated to Ian McLagan). While most of the material is structured around bold guitar figures, and here and a few other places there are nice organ and piano runs to flesh out the songs’ arrangements. Here and there you hear the band’s influences breaking through, whether it’s a Johnny Cash or Clash reference, the Bo Diddley rhythm in “Building Our Own Prison,” or the Warren Zevon wolf howl at the end of “Lucky Fool.”
It’s more than fitting that the lyrics of the title track can be taken to have several meanings, because true to the punk aesthetic this is a band that will “bite the hand that feeds.” For a band that’s built its reputation around their high-energy live shows, records can sometimes feel like an unwelcome accessory, but Waco Brothers have put plenty of effort into the making of Going Down In History more than just an after-thought.
Key Tracks: “DIYBYOB” / “We Knew It” / “Building Our Own Prison”
Artists With Similar Fire: Drive-by Truckers / Dave Alvin & The Guilty Ones / Social Distortion
Waco Brothers Website
Bloodshot Records
– Reviewed by Brian Q. Newcomb