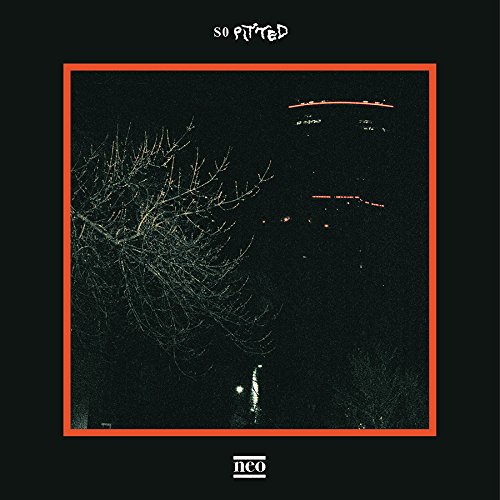 Fire Note Says: So Pitted’s Neo resonates as if it were a behemoth robotic demon beating up a bunch of pansy robots. I say good…those smarmy droids need a good trashing and so do your ears.
Album Review: Kent, Washington-based So Pitted just stormed out of the gate with their brutally beautiful debut, Neo. Neo is very heavy and abrasive. Abrasive and very good. So Pitted do not compromise on their sound; they are what they are…kind of like The Melvins meets Tad.
Neo’s tracks “Woe,” “The Sickness,” “I’m Not Over It”, “Get Out of My Room” happily wallow in a sludge rock sound territory. They are all interesting tracks, but I found So Pitted’s quicker tempo tracks to be more enjoyable and really cemented this LP as a possible top 25 LP for 2016 for me.
Album opener, “Cat Scratch,” possibly their most caustic track, assails your senses early; if you survive that track, things get a bit catchier with the dynamite second track, “Pay Attention to Me.” Blown out thrash riffs propel the album forward towards my favorite track, “Holding the Void.” Void is a vicious head-banger. I reverted to my old days of listening to thrash like Prong and Sepultura. Lots of fun listening to band that can throw down and offer listeners some unabashed heavy tunes.
The Nirvana-ish track, No Nuke Country,” an acerbic-yet-delightful rocker, follows Void. A nice contrast to their best sludge-rocker, “Feed Me.” “Feed Me” conjures up visuals of a giant, ponderous robot trudging its way through a heavily populated futuristic metropolis, leaving behind a wake of destruction and death.
There is not a lot of hope, sunshine, and Care Bears involved when you listen to Neo, but it does its job and is one of more interesting listens I have heard this year. I strongly recommend picking up this LP and watch for this band in the near future.
Key Tracks: “Pay Attention to Me” / “Holding the Void” / “Feed Me”
Artists With Similar Fire: The Melvins / Tad / Nirvana