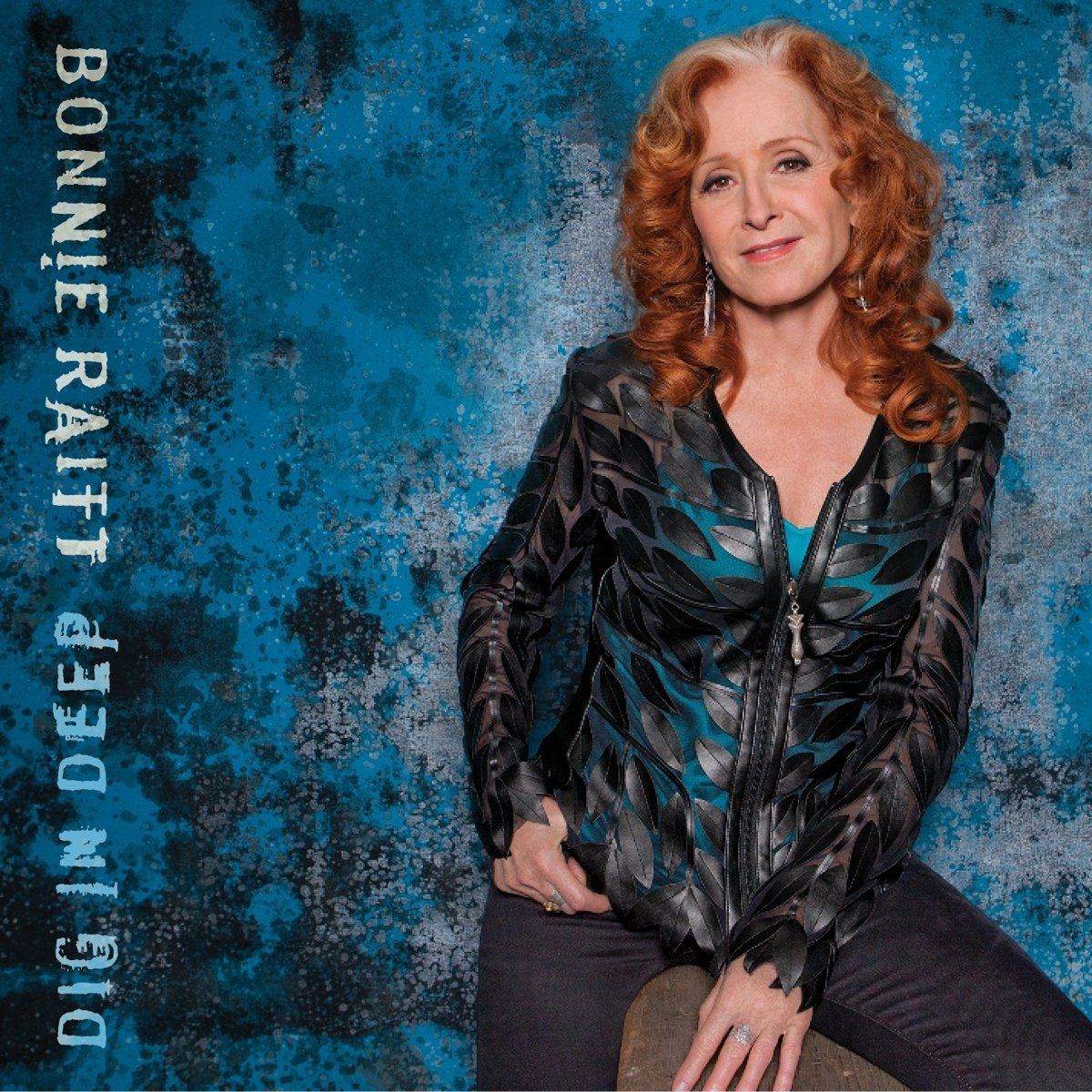 Fire Note Says: Raitt is completely in charge, doing it her way from start to finish.
Album Review: On her 2012 release, Slipstream, Bonnie Raitt had returned to recording after a quiet time of loss and grief – her mother and father had died in ‘04 and ’05, her brother in ’09 – but she soon rediscovered the healing quality of music and her own love of the groove. On that record, she wasn’t up to writing her own material, so she leaned toward songs she knew she would enjoy playing on the road, including two Bob Dylan covers and two singles that did well on Adult Alternative radio, Gerry Rafferty’s “Right Down the Line,” and Randall Bramlett’s “Used to Rule the World.” The first effort for her own indie label, Redwing Records, Slipstream went on to win the Grammy Award for Best Americana Album.
Now, four years later, the 66 year old Rock & Roll Hall of Famer is ready with another new album, her seventeenth studio project, only this time she was in a place where she could contribute on a more personal level, self-producing, recording using her long-time touring band, and including five tracks that she either wrote to co-authored with others. Always a great slide guitarist and a soulful, emotional vocalist, Raitt sounds relaxed on Dig In Deep, and quite at home on these twelve songs, loving the music, and playing fast and loose as each song requires.
Two obvious covers stand out, INXS’ “I Need You Tonight,” and Los Lobos’ “Shakin’ Shakin’ Shakes,” yet Raitt manages to make over each one in her own unique style. In her seventh decade, Raitt glories in the sexual innuendos and prowess once possessed by the late Michael Hutchence, and she takes a backseat to no one on guitar as she and George Marinelli trade licks on the nearly 30 year old Cesar Rosas/T Bone Burnett track, that should have been a bigger hit for Los Lobos than it was.
Raitt and her band rock out on “The Comin’ Round Is Going Through,” a Stonesy bluesy rocker, where she holds no quarter, “Unintended Consequence Of Love” settles in to sultry groove, and “What You’re Doing To Me” is an organ-led blues march that sits comfortably right in her touring crew’s wheelhouse. Besides Marinelli, who she drafted from Bruce Hornsby when he gave up on The Range and started scratching his jazz itch, Raitt is backed ably by Mike Finnigan on keyboards, James Hutchinson on bass and Ricky Fataar on drums.
Elsewhere, “All Alone With Something To Say,” I Knew,” “If You Need Somebody” and “Gypsy In Me,” feel like the kind of memorable pop rock that produced hits like “Something to Talk About,” “Love Sneakin’ Up On You,” and the John Hiatt written “Thing Called Love.” For balance, she adds a couple piano ballads – “The Ones We Couldn’t Be” and “Undone” – and the album closing acoustic guitar track, “You’ve Changed My Mind.”
Bonnie Raitt has had major hits in her long and illustrious career, won her share of Grammy nods and awards, but rarely has she sounded as confident and comfortable as she does here. Her guitar playing and singing voice have achieved a level of maturity and soulfulness that only decades of performance can produce. On Dig In Deep, Raitt has come into her own and delivers on all that has excited her fan-base since her first recordings in the early 70’s. The trick is, this time she’s completely in charge, doing it her way from start to finish.
Key Tracks: “I Knew” / “The Comin’ Round Is Going Through” / “Unintended Consequence Of Love”
Artists With Similar Fire: Gary Clark, Jr. / Sheryl Crow / Tedeschi Trucks Band

La Sera: Music For Listening To Music To [Album Review]