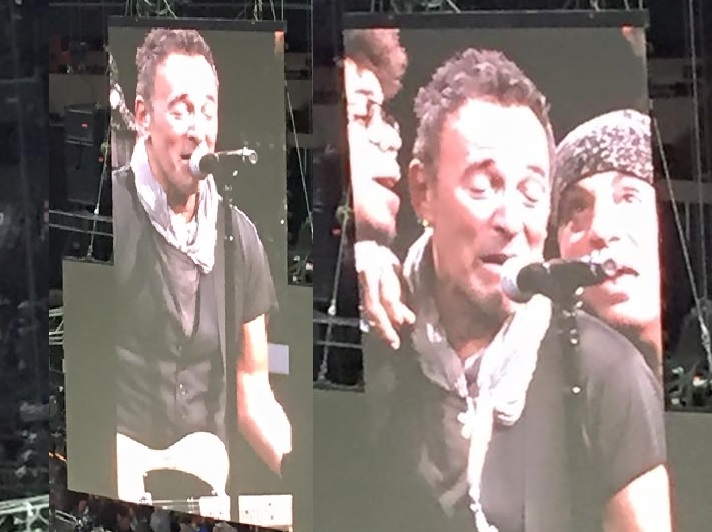 Bruce Springsteen & The E Street Band: KFC Yum! Center, Louisville, KY – February 21, 2016
It’s been over 35 years since the release of Bruce Springsteen’s The River, but the veteran rocker has had no trouble filling arenas with fans more than happy to pay premium ticket prices to revisit both the artist’s, and perhaps vicariously their own glory days. Following the December release of The Tie That Binds; The River Collection – which re-released the classic double album, along with nearly two dozen outtakes, a video documentary on the making of the record, a 1980 concert recorded in Tempe at the height of the band’s powers, and plenty of photos and a wonderful essay on the album’s significance by famed music journalist Mikal Gilmore – the tour highlighted a monumental and transitional work in Springsteen’s oeuvre. The only questions to be answered when The E Street Band took the stage at 8 pm in Louisville on a warm February Sunday night were the durability of this material all these years later, and the vitality of this band, no longer hip Jersey youngsters out to prove to the world that they had what it takes, but now seasoned veterans at home in these large venues now for decades.
Before the band launched into the single that has come out of the previously unreleased material on the box set, “Meet Me In the City” with the lights of the arena still up and bright, Springsteen greeted the crowd with his big carnival barker/tent revival preacher voice with an important question. “Are you ready to be entertained?” he asked the crowd repeatedly to a loud response, before getting closer to his true aim, “Are you ready to be transformed?” So resolute is the artist’s conviction in the power of rock & roll, that he expects no less than a spiritual awakening, a moment of euphoria and enlightenment, however brief that transcends the ordinary. But this was not going to be a brief evening.
The opening formalities behind them, the lights came down and Springsteen explained that The River was a “coming of age” album, while he had approached his previous albums from the perspective of an outsider, this was to be an album where he looked at life from the inside. Having recently turned 30, Springsteen said he was looking around at folk who were marrying, settling into jobs, beginning to take life seriously and he wanted to write a record that looked at all of that, and that captured the sound of the E Street Band’s live performances, something that had gotten a bit lost in the earlier efforts. He wanted to have all the dance, jokes, and raucous live energy as well as the romance, sex, struggle and tears that come with life as an adult. And with that, the band dove into “The Ties That Bind” and proceeded to play through the album’s songs in order for the better part of the next two hours.
Surprisingly, the album appears to be well designed to be played through back to back, the ballads and slower rockers nicely paced among the more up-tempo tracks to give a real sense of balance and momentum. Before “Sherry Darling,” Springsteen charged the audience to create party noise to match the spirit of the original recording, elsewhere the lighting and subdued instrumentation provided the brooding quiet to suit songs like the title track, “Stolen Car” and “Drive All Night.”
All these years later, there were still some surprises to be explored here and there. On “Two Hearts,” for instance, Springsteen and primary foil Little Steven Van Zandt have finally reached the vocal maturity to emulate the kind of Sam & Dave harmonies that the song’s original duet probably intended. They came close to the same effect again later in the extended opening of “I Wanna Marry You.”
Springsteen introduced “Independence Day” as the first song he ever wrote about his father, remembering being at an age when all you could see in your parents were the ways they failed to attain their dreams, the compromises made along the way, but were “still too young to see the blessings that often come with those compromises.”
During “Hungry Heart,” the song that had become his first number 1 single, Springsteen found his way to the walkway at the center of the arena that allowed him to greet fans at the back half of the hall. As the song neared its climax, the 66 year old leaned back onto the hands of the crowd who carried him hand over hand forward back to the main stage. My teenage son, noted that at his advanced age he was still able to crowd surf, but I pointed out that the fans had actually done all the heavy lifting, he’d just gone along for the ride. 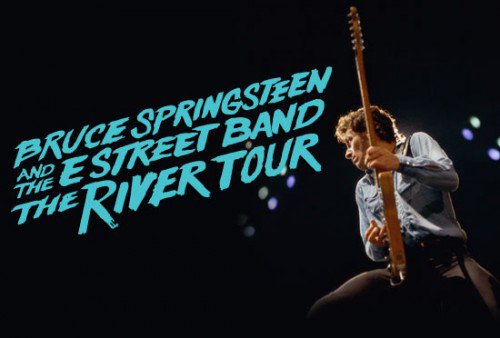 As stated previously, the album had a real natural sense of pacing between the loud sing-along rockers like “Out on the Street,” “Crush On You,” “You Can Look (But You Better Not Touch),” “Cadillac Ranch” and “I’m A Rocker,” and the equally dramatic, quieter numbers. However one rough transition came between “Stolen Car” and “Ramrod,” which felt a tad fast and overwrought in context. But about halfway through, the emphasis turned to long drum breaks by the masterful Max Weinberg, who plays with a keen balance of precision and emotion.
One remarkable feature of Springsteen & The E Streeters is the lovely sense of balance in the arrangements that allows all the players in this large band to find moments to shine, like the long piano opening to “Point Blank” by Roy Bittan. Often with four guitarists across the front besides Mr. Springsteen, and with two keyboards, saxophonist Jake Clemons (filling the big shoes of his much-loved uncle Clarence, may he rest in peace), bassist Garry Talent and Mr. Weinberg in the back, you anticipate a bit of clutter that rarely happens. Seasoned players that they are, and no doubt and astute soundman, Springsteen is able to draw out the unique talents of his band members to serve the needs of his songs and the raw live emotion in the crowd, whether it’s sharing a microphone with one or more of his long-time friends, the diverse 5 part vocal harmonies, or isolating a guitar solo from Van Zandt, a violin run from Soozie Tyrell, or accordion chorus by Charles Giordano (who has taken the place of Danny Federici, may he rest in peace).
With the twenty songs of The River completed with the nearly anti-climatic disc closer, “Wreck on the Highway,” Springsteen was more than ready to dive into some of his biggest show-stopper hits. “Badlands” became an arena-wide sing-along, followed it like manner by “No Surrender.” “Lonesome Day” filled the room with the sung assurance that “It’s alright,” and yes, even moving into the 3rd hour, this band and this crowd of adoring fans were in sync, and it was so much more than alright.
Bittan again shined on the intro to the Patti Smith song, “Because the Night,” which featured a brilliant display of guitar virtuosity from Nils Lofgren, followed by a rather obscure pop hit, “She’s the One.” Joined by his wife Patti Scialfa at the microphone, Springsteen reminded us that he had a huge catalog from which to draw by recovering “Human Touch.” The set proper concluded as it had at previous shows, with “The Rising” and another classic audience sing-along on “Thunder Road.”
Then the stage went dark for a couple minutes and soon the band returned with a string of encores, starting off with a request from a sign held behind the stage asking for “Born in the U.S.A.,” a song Springsteen admitted they only play rarely live. That was followed by perhaps his biggest fan favorite, “Born to Run,” which brought up the house lights so that the rest of the show put the audience as well as the band on full display, as if to say “we’re all in this together” now.
At Scialfa’s leading, Springsteen brought “5 sisters” up on stage, for “Dancing in the Dark,” fulfilling something off their bucket list, but then the band and crowd sang a riotously fast version of “Rosalita (Come Out Tonight),” before the intended set closing Isley Bros. cover, “Shout.” We were inching up on the 3 and half hour mark, when Springsteen shouted “It’s too late in Louisville,” repeatedly, suggesting that he was making time for one more, the final song of the evening, a song of youthful friendship, “Bobby Jean.”
And then it was over. Amid the loud applause of the remaining crowd, late on a Sunday night, Springsteen announced, “I am a prisoner… of rock & roll.” And, so are we all, I guess… Lord knows, with shows like this one, we’ll certainly keep finding ways to come back.
-Review by Brian Q. Newcomb