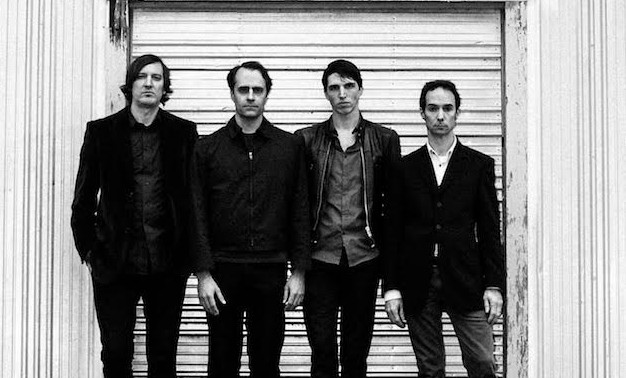 I will admit that I really want modern punk to get more attention because there are some great bands that I feel indie heads are just currently missing. Mark Ryan’s Mind Spiders is one of those groups as their forthcoming album, Prosthesis, is the bands fourth full length in the last five years.
“Cold” is your first listen from the new record and it won’t take long to hear its dark pop postpunk that gives it teeth. Where I think Mind Spiders soar is that their music does not sound dated. It is classic krautrock while being progressive punk. Their songs feel fresh and new but also have that familiar vibe to them that keeps you coming back.
Prosthesis is due out March 11th via Dirtnap Records. With a lineup that includes Mark Ryan (Marked Men, Radioactivity, High Tension Wires), Daniel Fried (Bad Sports, Radioactivity, Video, High Tension Wires), Mike Throneberry (Marked Men) and Peter Salisbury (Baptist Generals/Sub Pop Records), Mind Spiders is a group whose pedigree automatically makes them something special that should not be dismissed.