Benji Hughes: Songs In The Key Of Animals [Album Review] 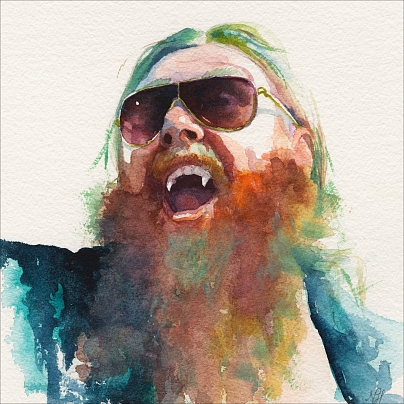 Benji Hughes
Songs In The Key Of Animals
Merge Records [2016]

Fire Drill Album Review: I really liked Hughes debut double album, A Love Extreme (2008), when he came onto the indie scene as it was entertaining, fun and worth the investment! That leads us to my anticipation for the eight year follow up, Songs In The Key Of Animals. Hughes Beck-like moments and knack for beats, hooks plus a little weirdness is what makes him an artist to watch but his methods and approach don’t always gel on Songs In The Key Of Animals. The album is divided into the funky front half which plays like Gnarls Barkley with OutKast at a party, while the second portion of the record is more Harry Nilsson with Nick Cave undertones. It all sounds cool but did not have much staying power for me with repeat listens. There are several highlights, like when Hughes reworks the Eleni Mandell song “Magic Summertime” and guest Meshell Ndegeocello holds down the bass and some backup singing duties. It is not that Songs In The Key Of Animals is a bad record but it just does not live up to my higher expectations and makes it easier to forget Benji Hughes with the massive amount of music coming at you from all directions. Fans should still check it out but I can’t see many new followers joining the parade.

Hayden: Everything I Long For – 2LP (20th Anniversary Edition)

New Sloan Tour Dates – One Chord To Another Box Set