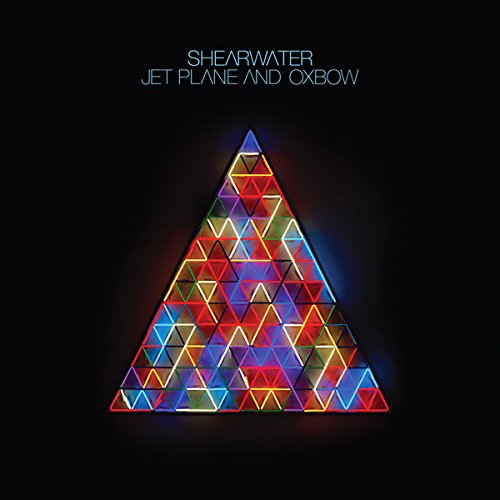 Fire Note Says: Shearwater’s new LP is deep and colorful.
Album Review: Shearwater’s newest album (Jet Plane and Oxbow) has all that you ask for out an LP. It is engaging from beginning to end; it reveals new parts of itself with each listen; it has a few standout tracks that would play well with most of your friends; it has something important to say. The Texas band, fronted by Jonathan Meiburg, has a long history since starting out as an offshoot of Okkervil River. Jet Plane and Oxbow sees the band grow more cinematic and moody, thanks in part to the addition of Brian Reitzell, whose percussion provides the backbone of many of the album’s fine tracks. Other band members step up too; Danny Reisch’s production is notable due to the electronic sound that reminded me a lot of 1980’s Peter Gabriel.
There are a few big songs on this album that immediately caught my attention. “Pale Kings” reminded me of vintage U2 in the best way possible. In fact, I’d love to hear Bono have a go with it as he can reach vocal ranges that Meiburg doesn’t quite achieve. Meiburg’s lyrics are definitely a strength of his and they’re ripe with imagery and storytelling on this track. Placed halfway through the album it gives you a jolt that lasts through Side B. “Pale Kings” sounds like an anthem without the typical fodder you come to expect from songs made for being played in an arena. 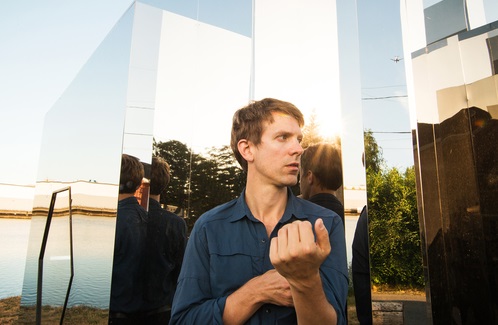 “Quiet Americans” is another great introduction to Jet Plane and Oxbow. Much moodier and less anthemic than “Pale Kings,” Meiburg’s lyrics take center stage. He utters his lines with a resigned disgust that is somehow urgent as well. The chorus urges you to make note of all the shit happening around you; its conscience is powerful but not overwrought so as to take away from Meiburg’s statement. The ultimately stays hopeful, demonstrating Meiburg’s hope that we can make sense of this crazy world if we work together.
While these two tracks stand out, to get a better feel for the rest of the LP try out “Filaments.” It is a relentless slow burn that makes use of Reitzell’s percussive tricks and creative instrumentation. There are beautiful moments as well; “Only Child” is a lovely tune as is album closer “Stray Light at Clouds Hill.” Meiburg’s love of nature informs this impressionistic track that rounds out Jet Plane and Oxbow. This is an album that is well-balanced in both its composition and lyrical themes. For those of you who like your rock with a little substance, Shearwater delivers.
Key Tracks: “Quiet Americans” / “Pale Kings” / “Filaments”
Artists With Similar Fire: Okkervil River / Damien Jurado / The Mountain Goats