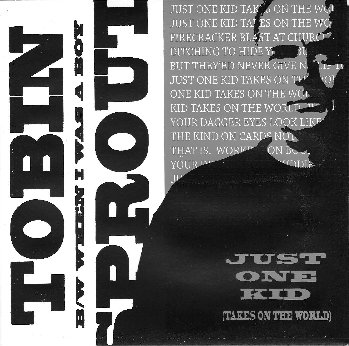 Tobin Sprout’s new 7”, “Just One Kid (Takes on the World),” was released earlier this month. There are two different jackets to collect. One is a simple white design with a bee printed in the middle; the other is a 2-color silkscreen version that also comes with a 4-color silkscreened poster, signed by Tobin Sprout and limited to 200 copies. A nice bundle for those collectors of all things Toby. Both versions come with a digital download code. As of this writing, it appears that both versions are still available on Tobin’s website. 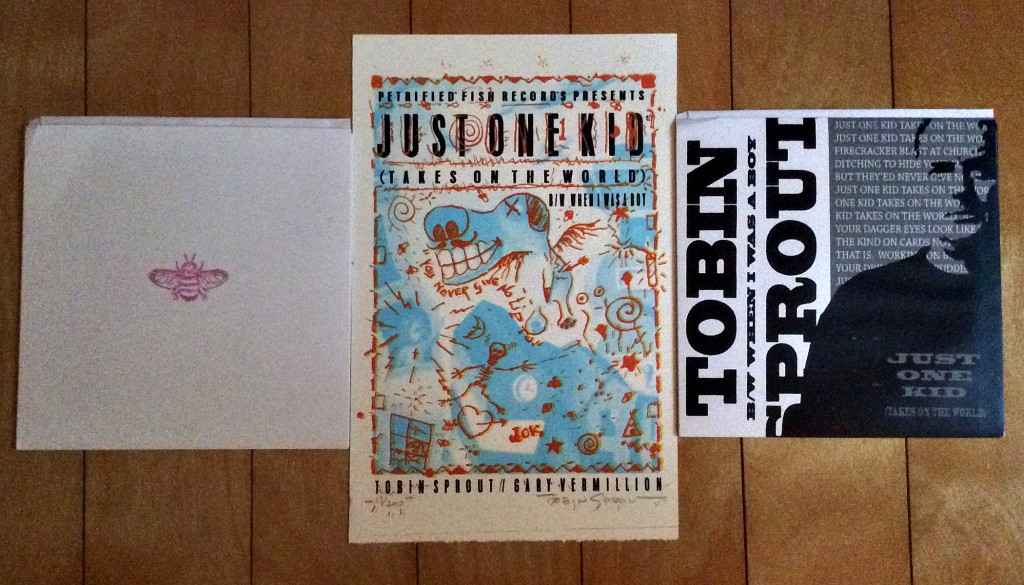 Tobin’s tracks pick up right where the singer/songwriter left off on the last Guided by Voices album, Cool Planet. Side A has a straightforward rocker; “Just One Kid (Takes on the World).” It has all you need: a catchy chorus and some nice crunchy guitar. Side B, “When I Was a Boy” is a gem. Reflective and wistful. When Toby employs the piano in his songs, he has a knack for pulling at your heartstrings. I have been playing this one repeatedly. Just another wonderful track from one of the best singer/songwriters in rock.
If Sprout’s songs on Guided By Voices’ albums are highlights for you, then pick this up!
Tobin Sprout Website
-Review by Daniel Taylor