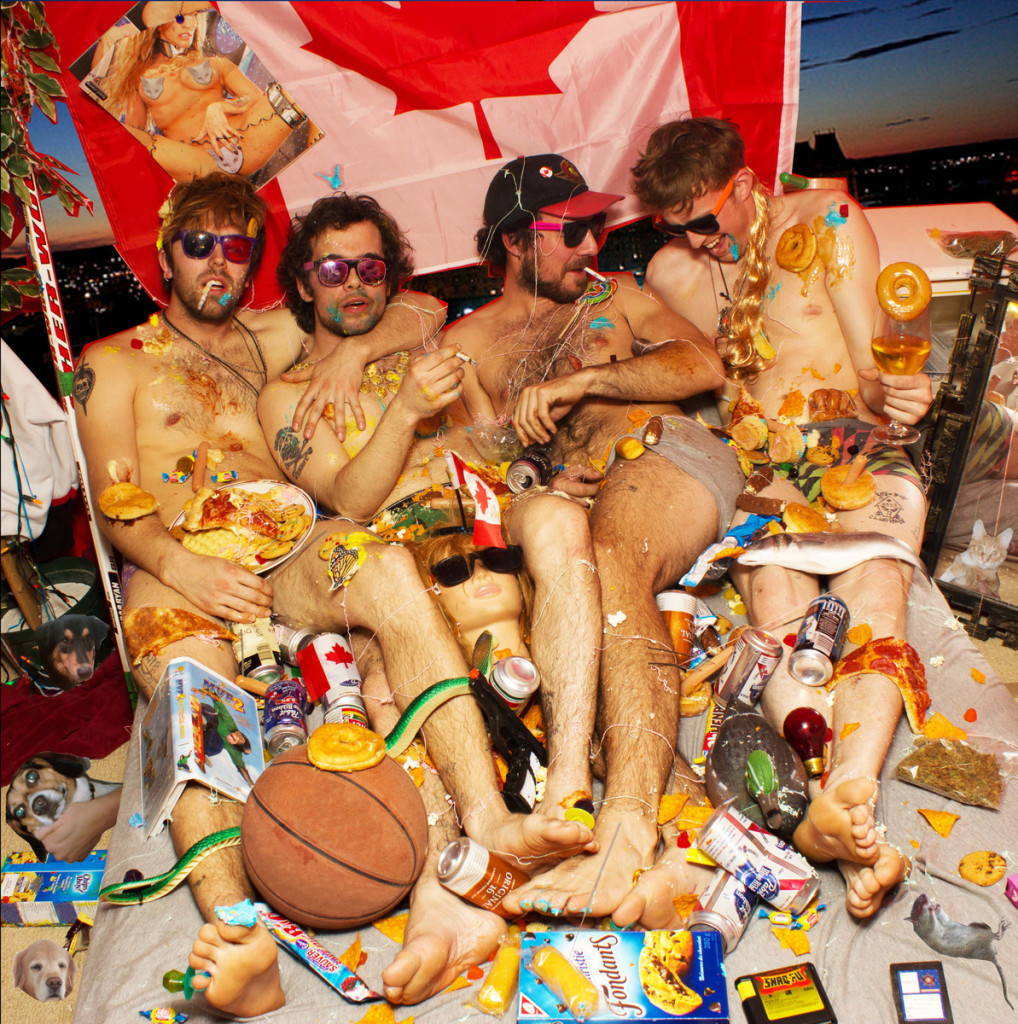 Fire Drill Album Review: There’s no way that Ottawa’s number one party band can possibly top their last album, the audio equivalent of a kick-ass blaster that was Funny Isn’t Real, right? Wrong, they can top it, and in fact they not only topped it, they buried it.
Junkfood Forever, Bedtime Whenever is the record I’m talking about, and it’s been out for a few months now, and it would be a damn shame if you let a few more months pass before you listened to it. This record has all of the hooks, crunch and swagger of their last album, but ups the ante on the songwriting and arrangements, which shows, dare I say growth and maturity? Sure I’ll say it, but the band backs up that claim on tracks like “Candy Land”, which dials down the punk and ups the pop factor with some rockin acoustic guitar, and a twangy guitar lead. If modern radio had any imagination, that would be a hit.
Fear not though, the lads haven’t gone soft, in fact, they’re as crazy as ever, they just figured out how to reign the awesomeness in from time to time in order to turn out a perfect pop gem, or I should say more perfect than they are already capable of, because this album is full of hits, from the foot stompin’ opener “Midnight Lovers” to the Flamin Groovies meets the Exploding Hearts adrenaline rush of tracks like “Stay Gold” and “Day Dreaming”. I challenge each and every one of you out there to buy or download this album, and then play it around your friends. Don’t say anything just put it on and watch their reaction. This is THAT record, the one that will impress your friends that you discovered this record and turned them on to it. You’re welcome.