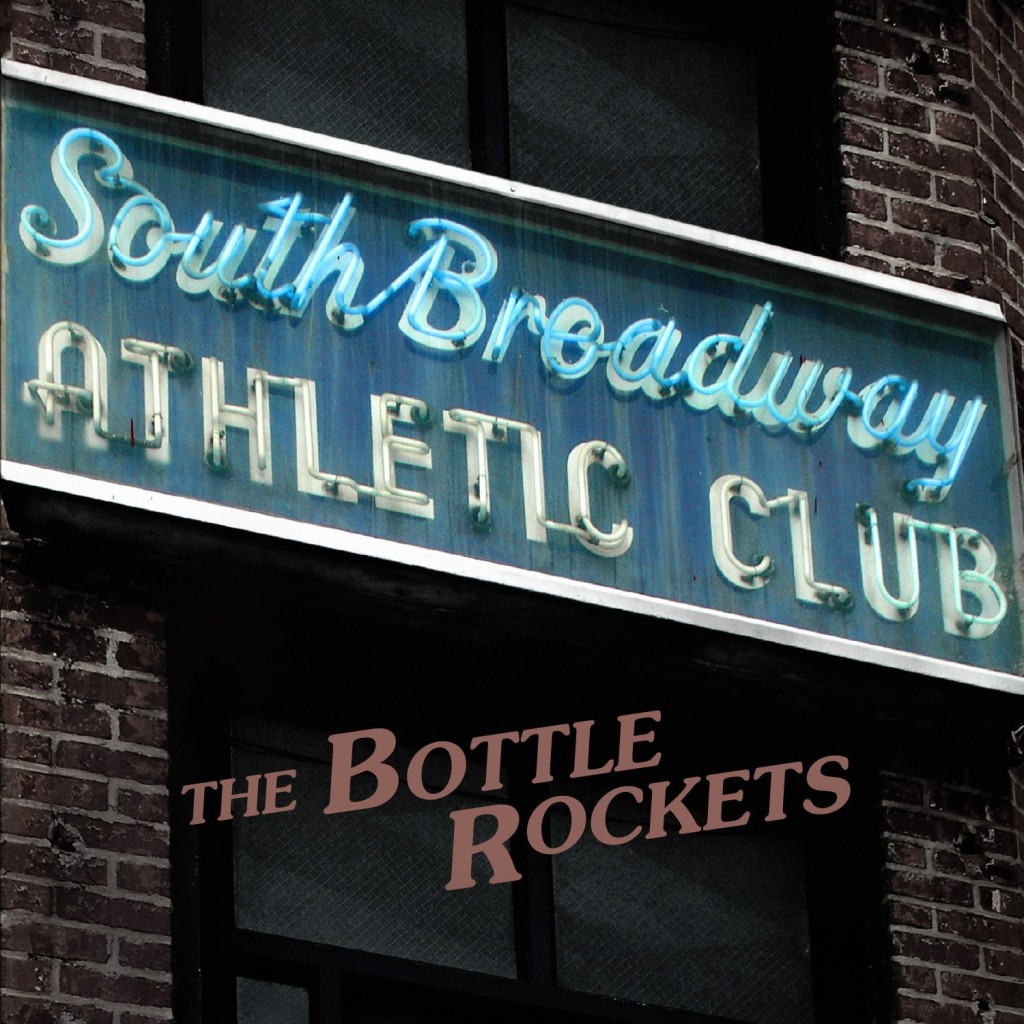 Fire Note Says: South Broadway Athletic Club is what maturity looks like.
Album Review: It’s been 6 years since the last studio album of originals for Bottle Rockets, but 23 years into their recording career the St. Louis Americana quartet remains true to their classic rock inspired and old-school country roots. If there’s an up-side in waiting so long between discs, South Broadway Athletic Club benefits from the kind of confidence that comes from several years of testing your songs in front of live audiences on the road.
Following the maxim of writing about what you know, the eleven tracks that make up SBAC are drawn from everyday life. Brian Henneman sings of the redundant cyclical nature of existence, where it’s “Monday (Everytime I Turn Around),” and one comes home so worn down by the daily grind that, given the chance, you’ll choose to curl up on the couch (“Big Fat Nuthin’”) with the family pet (“My Dog”).
While the current Hot Country trend is songs about drinking beer down by the river with a hot young woman, Henneman is exploring domestic romantic life and love from the inside out. “Whole Lotsa Love,” “Smile,” and “XOYOU” are some of the band’s most accessible pop melodies in recent memory. “Something Good” and “I Don’t Want to Know” are equally compelling musically, while dealing with loss and regret when love comes to an end.

The hardest rocker here is “Building Chryslers,” a look at blue collar life on the repetitive assembly line where one’s working just to cover the bills. Here the two guitarists, Henneman and John Horton, turn up and lean into some classic leads. Long-time producer Eric Ambel and the band’s arrangements bring a full, rich sound to this effort, lush guitar tones and solid performances throughout.
While many bands give us their best work early in their career, there are benefits to longevity if artists maintain their commitment to keep the music fresh and real. South Broadway Athletic Club is what maturity looks like, and the songs here stand up well against those from their break-out release, “The Brooklyn Side.” There’s a certain comfort to the relaxed feel and artistic confidence of these fine songs, clearly Bottle Rockets know who they are and are able to deliver the goods from a place of strength and satisfaction.
Key Tracks: “Monday (Every Time I Turn Around)” / “Building Chryslers” / “Something Good”
Artists With Similar Fire: Drive-By Truckers / Steve Earle / Tom Petty & The Heartbreakers