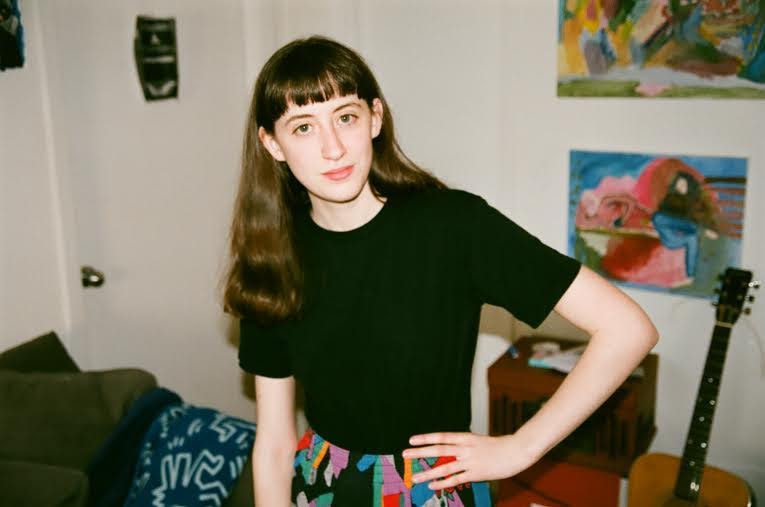 Fans of Frankie Cosmos should get excited. She’s back with new music in the form of a brand new EP titled Fit Me In, coming out November 13th on Bayonet Records. The first track was released today titled “Sand,” which you can hear below. You can pre-order a copy HERE.
Frankie Cosmos is the project of NYC native Greta Kline who began writing songs under the pseudonym in late 2011. Kline’s songs are short and melodic, each poetically telling her story. Her songwriting is inspired in part by Arthur Russell, Connie Converse and poet Frank O’Hara.
Frankie Cosmos’ upcoming EP, Fit Me In, is a one-off experiment in “fitting” Kline’s songwriting into an electronic sound, characteristic of current pop culture. The EP is a collaboration with Aaron Maine of Porches, who produced the songs using mostly electronic equipment in place of the live band instrumentation. Frankie Cosmos’ forthcoming album will be the first made with four band members and is slated for release from Bayonet Records in 2016.