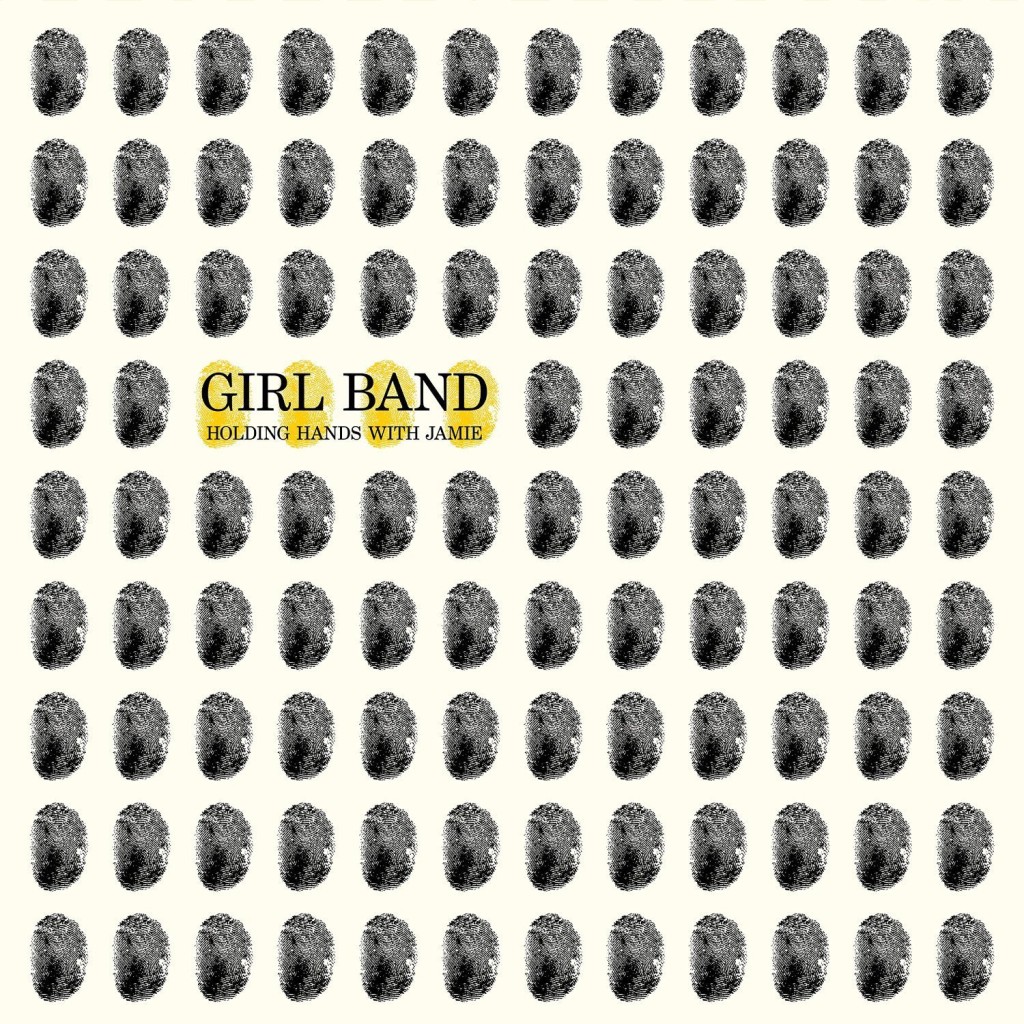 Fire Note Says: Brutal noise rock that dares you to like it. Rewards await those that can get past the initial layer of ugliness and brash noise.
Album Review: Girl Band, a quartet from Dublin, have been wowing me over the past year through various singles and EPs. They deliver an intense, terse brand of noise rock that had no trouble keeping my attention. Could Girl Band pull off the same level of intensity and urgency over the course of a full-length album?
The answer is yes. Hell yes.
Holding Hands with Jamie is a stunning debut. It is all snarls and wailing vocals from frontman Dara Kiely, bubbling, and bouncing bass of Daniel Fox, pounding beats by Adam Faulkner and guitarist Alan Duggan delivers some of the most awful/beautiful guitar sounds I have ever heard.
I must admit, Girl Band’s sound can be off-putting to some; it is that jarring and uncompromising. Kind of like Wire meets Joy Division with blasts of My Bloody Valentine distortion and a lot of hardcore rage. However, there is some kind dangerous beauty lurking in all that noise. Something catchy this way comes. Exciting and more importantly, vital.
Opening track “Umbongo” may be the least accessible track on the LP. Girl Band almost seems to enjoy brutalizing their listeners, taunting and challenging you to keep listening. Opening the LP with this aural hurdle adds to their charm.
Second track, “Pears for Lunch”, settles into what I expected and wanted from this LP. Stripped down, almost skeletal guitars, and a steady beat and bass, build up to a blistering crescendo of mayhem and fury.
“Baloo” is a nifty track. Lots of wailing vocals and bottomed out bass at first and then it hits another gear. At times, it reminded me of a jazz bass line with distorted guitars and anguished yells. 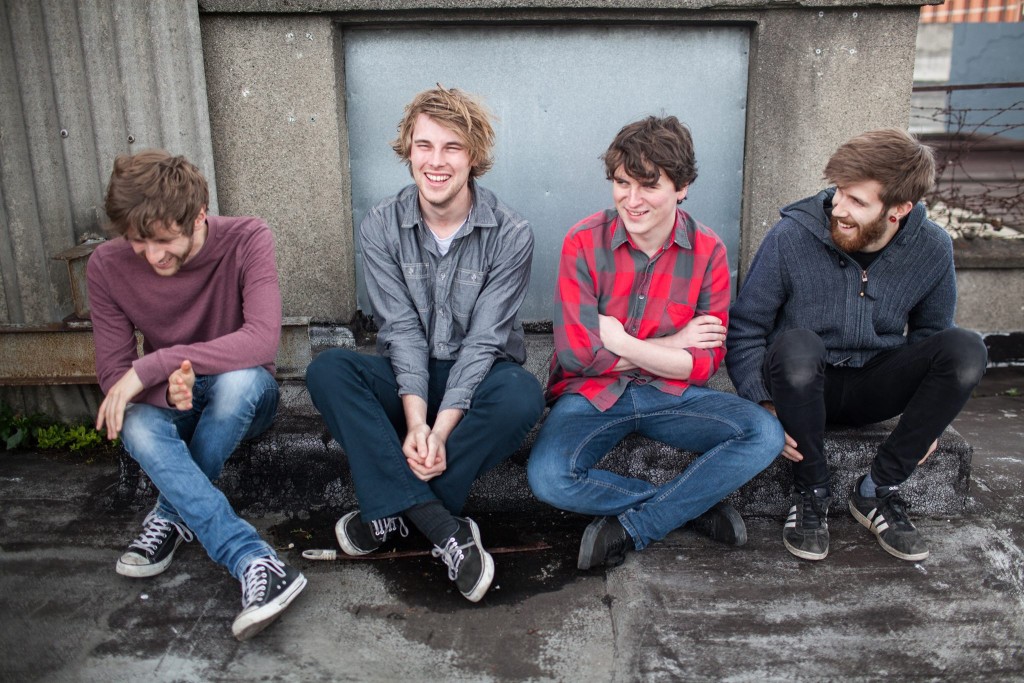 “In Plastic” slows things down, but does not tone it down. The distortion is there, and Dara Kiely’s vocal presence carries you through the sludge. Girl Band knows how to pummel you into submission, even on a slower track.
“Paul” is my favorite track on the LP. It cruises in, chill bass and evenly paced drums. Dara Kiely’s vocals hint at the car wreck of a song you are about to hear. Girl Band slowly ratchets up the tempo and discord, building up to multiple peaks and valleys of heavy noise bliss and distortion shifts. “Paul” puts you through the paces. You will remember this song for some time.
“The Last Riddler” is a fast paced, short track. It boasts a frenzied bassline that is sounds like a thousand furious bees trapped in a speaker. It is over before you know and they slip into track seven, “Texting an Alien”, a bit of a psychedelic song that reminded me of a Warlocks song or two. Nice change of pace.
“Fucking Butter” is the longest track of the LP. It is almost 8 minutes long and really tests the listener; lots of repetition, that fortunately shifts around the 4 minute into an entirely different song with lots of repetition. This one will test you.
Final track “The Witch Doctor” is determined to scar you before you quit listening to this LP. It is a fine bit of a rage driven noise. Fitting end to such an off-putting but ultimately captivating album.
Girl Band’s delivery is something special. It may be harsh, but it is a worthwhile and unique listen. One of the top LPs I have heard this year.
Key Tracks: “Pears for Lunch” / “Paul” / “Baloo”
Artists With Similar Fire: Joy Division / Wire / My Bloody Valentine