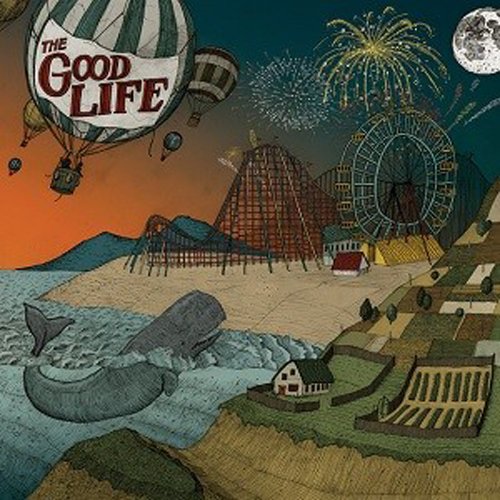 Fire Drill Album Review: When you talk about Tim Kasher’s work in the indie scene you will always discuss his tormented soul that impacts all of his projects that include his primary band Cursive, his solo work and his other major outlet – The Good Life.
It has been eight years since we heard from The Good Life, so Everybody’s Coming Down was released to some anticipation. The record shows some different styles but most of all, the amps have really been cranked up on Everybody’s Coming Down. That may turn off some longtime fans but Kasher’s unique vocal delivery is in full force and the album should appeal to the 2015 crowd.
The only downside I can find on this album is its lack of anguish. Clearly, everyone in The Good Life is in a much different place compared the groups 2004 classic Album Of The Year, so it makes sense that looking outward and backward is a fit for this record. Regardless, the subject matter does not change the energy that is poured into the catchy rockers “Everybody” and “Forever Coming Down,” which also still highlights Kasher as the dynamic frontman that we all know and enjoy.