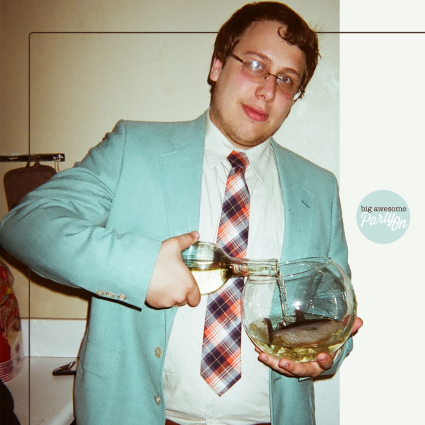 Fire Drill Album Review: There is always something to be said for heart on your sleeve rock n roll and that is exactly what you get on Big Awesome’s debut album Party On. John Blanken’s slightly throated vocals never give up or let down in intensity, which keeps pushing and pushing Party On to the next level. Right from the first track, “What Grows Up Must Get Down,” you can hear how tight the instruments are here, which helps Big Awesome thrive. The band has had an emo tag since their 2012 Birdfeeder EP and Party On continues that torch as the group definitely falls into the new harder edge movement of the genre that includes groups like The Hotelier and Somos. What stands out to me on Party On is how Big Awesome generates big rock out moments and layered vocals like the Japandroids while bringing a classic rock n roll punk vibe that would fit nicely beside The Gaslight Anthem. Regardless of how you classify them, Big Awesome have a debut that gives you every reason to jump on their bandwagon!