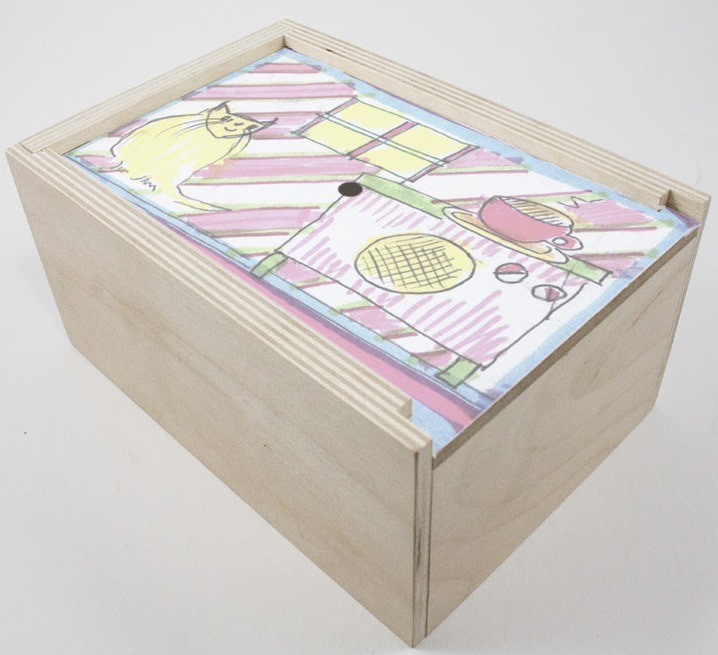 Fire Drill Album Review: In 1986, Eric Gaffney and Lou Barlow formed Sebadoh. The rest is indie rock history after four classic records then Gaffney left the band to pursue his own musical adventure. Now, for the first time, you can hear the best of Gaffney’s work from 1988 to present day on this massive 10 cassette box set which contains 185 songs overall for a total running time of 362 minutes.
I will tell you that this collection is lo-fi nirvana! You can find a little bit of everything in here spread out over 10 titles from scuzzy rock to spoken word to short instrumentals and plenty of memorable acoustic ditties. It is not only a look into his process but it shines a huge light on Gaffney’s talent and how important his contributions were to Sebedoh. Gaffney’s Lou Reed meets Chris Knox sound is addicting for any lo-fi craver out there. There is a lot of ground to cover in this collection but that is the fun part as each album develops its own character.
The physical version of A Cassetterospective is limited to 100 hand-numbered copies and packaged inside a custom wooden box set. The lid of the box set doubles as a lathe-cut record and features the first song Gaffney ever wrote – “Invisible Mouse”. The box set sold out rather quickly and I don’t believe the digital only of this set is available for purchase yet, although you can find some of this material on Gaffney’s bandcamp page. Regardless of which version you snag, there should be no worries as A Cassetterospective is worth every minute you spend with it!