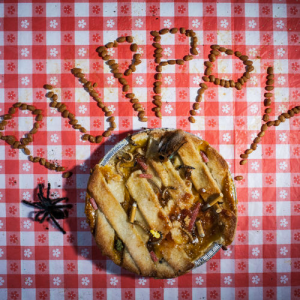 Fire Drill Album Review: Pupppy’s debut album, Shit in the Apple Pie, is exactly the kind of quirky pop album that the indie rock world would have tripped all over themselves giving accolades to in the late 90’s-early 2000’s. Cut from the same cloth as such stalwarts as Beulah and Okkervill River, Will Rutledge and band have perfected the art of the perfect pop song. Opening track “Beans” is the perfect example of what this band is capable of, distilled into one perfect 2:50 pop nugget. The guitars and vocals soar in all of the right spots, and will hit that elusive pop pleasure center in your brain. This is indie rock of the highest caliber, and one of the finest debut albums that I have heard all year. Keep your eye on Pupppy!