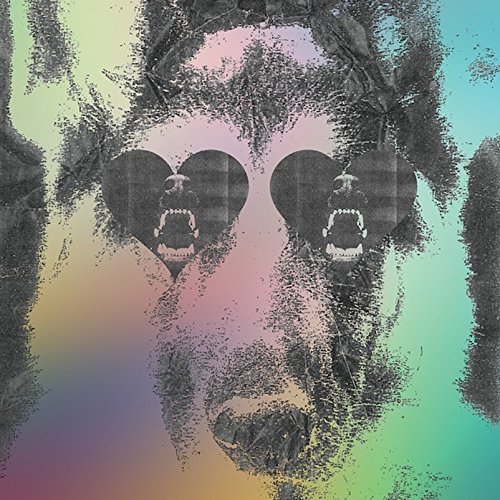 Fire Note Says: Crocodiles have a strong bite on Boys.
Album Review: San Diego’s Crocodiles is a power pop band with a dark twist. Their previous work has been filled with themes of the sinister and the vapid; these themes are ever present on their newest album, Boys. Band members Brandon Welchez (vocals, guitar), Charles Rowell (guitar), Marco Gonzalez (bass), and Robin Eisenberg (keyboard) often succeed in crafting fist-pumping guitar pop. Crocodiles’ sound is generally a winking snarl, which requires a precarious balance of light and dark. Much like their last album, Crimes of Passion, the hollow darkness tends to overwhelm the light on this album.
The one-two punch of “Crybaby Demon” and “Foolin’ Around” gets Boys off to a strong start. The glam rock of “Crybaby Demon” is an angry invective thrown at a woman who can’t be bothered with this boy. It’s a temper tantrum through and through, tapping into the frustration that accompanies the feeling of invisibility. “Foolin’ Around” is an ode to the rock and roll lifestyle that has been done so many times now. However, the bass line has Michael Jackson’s “Billie Jean” as inspiration. It was strange to hear a familiar groove pop in and out of the song, but it worked.

The posturing does get old after a while. “Blue” comes at the right time to serve as a palette cleanser. It’s moodier and rawer than anything on this album or in their catalog. You get a glimpse of a different band at work and it’s not bad. Crocodiles definitely doesn’t have this sound as refined as their typical fuzzy pop, but it’s perhaps a new direction to embrace.
Boys is an album for aficionados of power pop from bands like The Jesus and Mary Chain (the similarities between the two bands is striking). You probably already know Crocodiles if that happens to be your thing. There’s not enough here, especially on album number five, to recommend the band to new listeners without that power pop penchant. Boys is often fun to listen to but doesn’t leave much of an impact.
Key Tracks: “Crybaby Demon” / “Foolin’ Around” / “Blue”
Artists With Similar Fire: The Jesus and Mary Chain / Apples In Stereo / The Cure