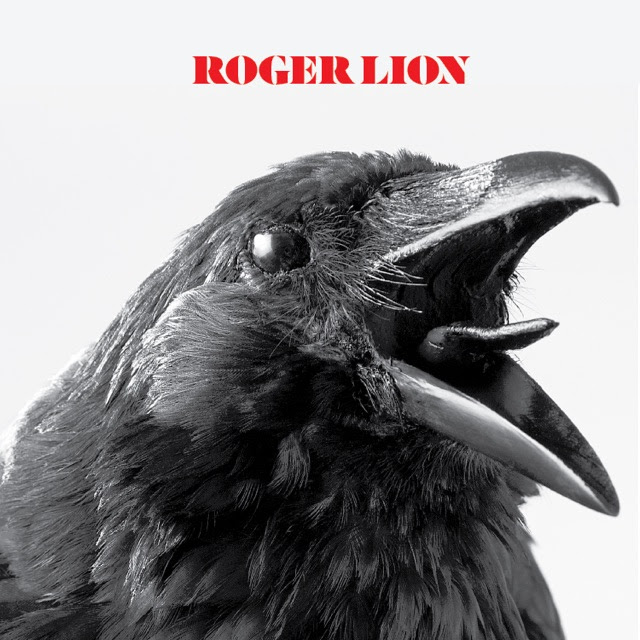 Joe Pernice of the Scud Mountain Boys & Pernice Brothers and Budo of Macklemore have formed a new band called Roger Lion. You can read the band’s full bio below courtesy of Joe.
Their self-titled debut is out September 18th on Team Love Records and you can now hear the album’s lead single, “A Dead Man’s Song,” below.

ROGER LION BIOGRAPHY:
Maybe 15 years ago one of the latter day dudes from the Butthole Surfers showed up at a gig of mine with a vinyl copy of the Scud Mountain Boys Pine Box LP for me to sign. He seemed pretty stoked. I honestly thought he was fucking with me. Sure, I’d been a fan of the Buttholes since ’87 or ’88 after a roommate played me the killer track “The Shah Sleeps in Lee Harvey’s Grave.” But why would that dude like the Scuds? We made this kind of music, and they made that kind. While he went on with the compliments, I kept my hand resting over my drink for fear he was going to dose me with some crazy fucking desert zombie acid. Clearly this dude thought I’d made the shittiest record of all time, and he was going to pay me back by sentencing me to a life of spittle-lipped babbling, ill-fitting Huggies and self nipple twisting. I looked around for one of his spiral-eyed freak cohorts getting it all on video.
I didn’t trust that dude one bit. I was instantly reminded of a night the Scud Mountain Boys were playing the Mercury Lounge. I was standing alone in front of the club freaking out about telling the guys I was quitting the band. May I be struck dead if Tommy Stinson clad in malnourished rock icon getup and a woman on each arm didn’t strut by at that very instant, take one look at the marquee and scoff, “Fucking sleepy-time music.” Fucking perfect, I thought. And we even had “Friday Night Is Killing Me” in our goddamn van. I think the Scuds lasted another couple weeks. Did Tommy Stinson help break up the band? No, but he sure as shit didn’t help keep us together.
Anyway, turns out the guy from the Butthole Surfers was sincere. He knew all about my music. And if it was all a big ruse and he dosed me, I’m still beaming.
Cut to 2013. I get a Twitter message from Budo: “I’d love to remix a Scud Mountain Boys track.”
Me (to my wife): Here we fucking go again.
Wife: Do you even know who he is?
Me: What’s there to know? He’s some young white kid who plays with Macklemore. (Long silence) Hello? You know, Macklemore? That tune Pawn Shop?
Wife: And that is exactly why you will always be a dinosaur in the new economy.
Me: I bet he wears those enormous red-framed glasses Sally Jessie Raphael wore before he was even conceived.
Wife: You’re an idiot.
Me: I can see this prick now with his Nazi U-boat pilot haircut, eating artisanal pepperoncini while cruising Seattle on a fucking penny farthing.
Wife: Let’s divorce.
What can I say. I’m a skeptic. But thankfully I also have a drunkard’s unquenchable thirst for music. I cued up Budo’s record The Finger And The Moon. It totally blew my mind. The tune “Berlin” made me cry, which isn’t easy to do since my heart is made up mostly of wire coat hangers. I dug deeper into his remixes on Soundcloud, and they were epic. I started referring to Budo as The Spoon Bender.
After some defensive circling and sizing up via email, the Spoon Bender and I finally talked on the phone:
Me: Do you know who Josh Ritter is?
Budo: I love his music.
Me: Want to try making a record about his divorce?
Budo: For real?
Me: Kind of. Actually, I don’t know Jack Shit about his divorce or his marriage. I don’t even know his ex wife’s name for that matter. And I don’t want to know. But for some reason I’ve been writing these songs, thinking about Josh Ritter’s divorce.
Budo: That’s a little fucked up.
Me: Hey, man, you wrote to me.
Budo: Did you know his ex wife is—
Me: Dude, come on. You’ll fucking wreck it.
Budo: Sorry.
Me: (long beat) So, you in?
Budo: As long as we never meet.
Me: You and Ritter’s ex?
Budo: No, me and you.
–JP, 2015, Toronto