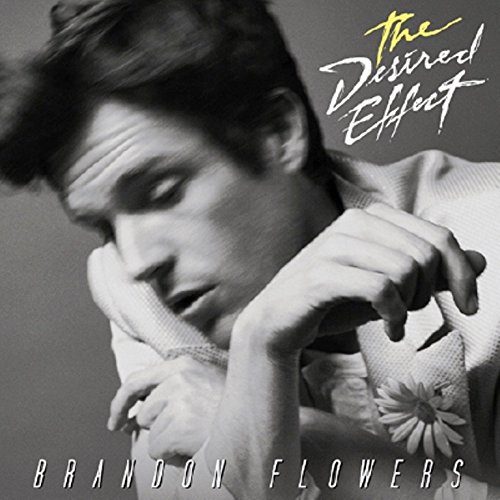 Fire Note Says: Brandon Flowers’ second album is for the masses.
Album Review: The voice of the commoner has been taken on by Brandon Flowers. This was hinted at in the The Killers’ (Flowers is the lead singer of the band) previous album, the coming-of-age Battle Born, and takes hold on Flowers’ second solo effort, The Desired Effect. Sometimes I like to take a look at the user reviews of albums on places like iTunes and Amazon when writing a review; the reviews for The Desired Effect are almost unanimously positive. This is an okay album; it was jarring to see so many opinions run counter to mine. Flowers makes popular music, in the way that Taylor Swift and Bruce Springsteen make popular music. The themes are easily relatable and the music is approachable and inoffensive. It’s safe and comfortable. I guess that’s acceptable to some.
To Flowers’ credit The Desired Effect doesn’t stick to one sonic formula. Some tracks are synth-heavy rockers; others are poppier numbers with backup singers who sound like they’re straight from a gospel choir. Lead track “Dreams Come True” opens with blazing saxophones and Flowers’ distinct vocals. It is a song for those who really love “Born To Run” or have never heard it before. It’s a big song; I give Flowers and the production team props for taking a big swing. That bombasticity is betrayed by lyrics detailing the story of an everyperson. It’s a joyful song about being alive, punching the clock, waiting in line. If that sounds like your thing you’ve probably already bought this album. 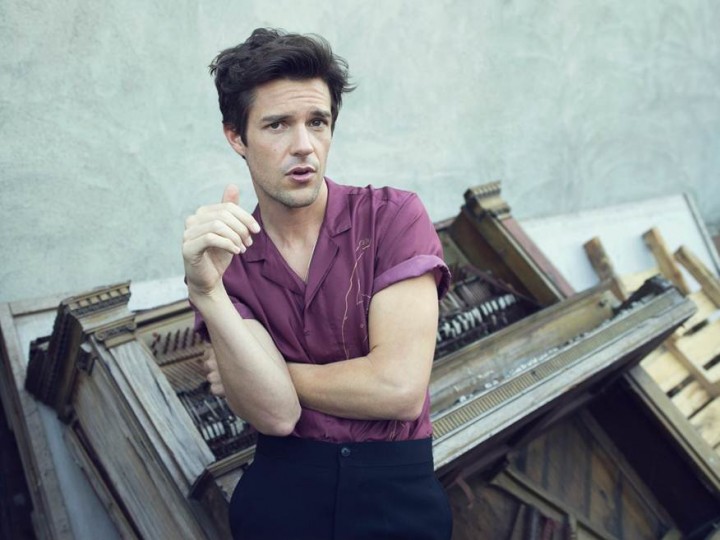 The retro “Can’t Deny My Love” deserves its place as the album’s first single. It sounds more like a Killers song than anything else on The Desired Effect. Backing vocals give the track more depth without heavy-handedness; such subtlety is rare on this LP. The groovy “Still Want You” takes the backing vocals to another level and, along with the synth earworm, made it stand apart from the pack. “Lonely Town” is about working overtime and being in love. So, it’s essentially a country song dressed up in New Wave garb. Replace the synthesizer with a steel guitar and Eric Church has his next hit. (This is a good song; if anybody actually does this I want royalties.)
My primary issue with Brandon Flowers making songs for the masses is that I don’t know if Flowers actually lives that life. There are a lot of cliches and generic stories being tossed around that didn’t sound true to my life. From the looks of the user reviews I perused they must resonate with some. When thinking of a musician making music for the family-oriented middle class individual in popular music, I failed to think of many who fit the bill. Brandon Flowers is filling that role and does it well. I just don’t know if I need it.
Key Tracks: “Can’t Deny My Love” / “Still Want You” / “Lonely Town”
Artists With Similar Fire: The Killers / Bruce Springsteen / Imagine Dragons