Anekdoten: Until All The Ghosts Are Gone [Album Review] 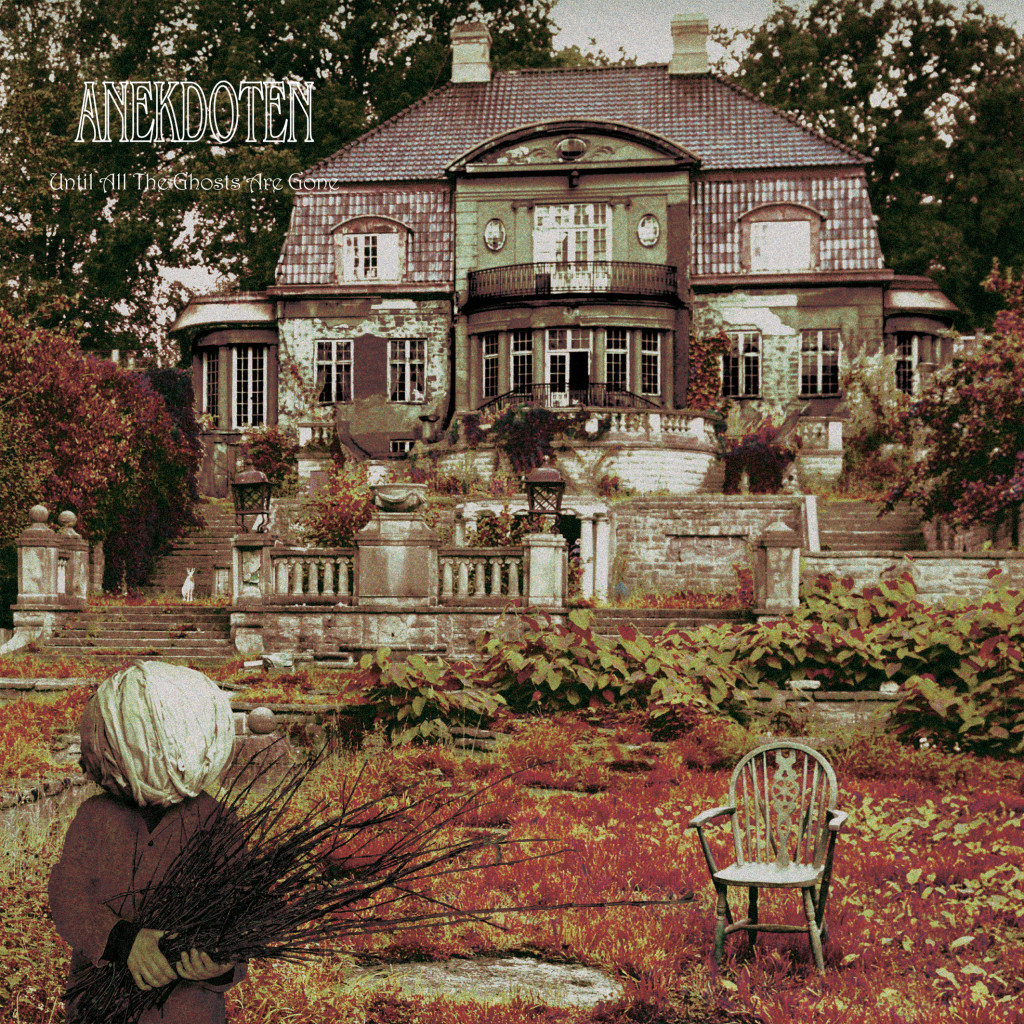 Anekdoten
Until All The Ghosts Are Gone
Self-Released [2015]

Fire Note Says: Anekdoten remain the champions of dark and brooding Prog.
Album Review: There are a handful of bands that, way back in the early nineties, had the cojones to attempt a revival of the most scorned and hated genre of rock music ever: the dreaded Prog. Oddly enough, most of them hailed from Sweden – Landberk, Anglagard, The Flower Kings and, of course Anekdoten. Unlike The Flower Kings which took their cues from the bright, happy side of Prog (read: Yes), Anekdoten looked to Red-era King Crimson for inspiration. Beyond the obvious devotion to Robert Fripp’s spirographic guitar phraseology there is that most wonderful of all keyboard instruments – the mellotron. So enamored by it is Anekdoten that they often deploy two. Hey, if one is good then two is certainly better. Formed in 1990, two things have always stood out about this group: in their twenty-five year career they had only released five albums (Until All The Ghosts Are Gone being number six) and they have had no personnel changes. Not very Prog of them. Not at all.
It’s been eight long years since we last heard from Anekdoten. In the interim, band leader Nicklas Barker has busied himself with the psychedelic side project My Brother The Wind. Although Anekdoten’s last album, A Time Of Day, was absolutely brilliant as they were moving slightly away from the King Crimson template and into more assessible territory many fans disliked it (and 2003 album Gravity) because of it. Ghosts represents a mild return to form. It also distills some of the psych leanings of Barker’s other band. The resulting LP is a sumptuous trip through seventies-informed songcraft and instrumentation that, at times, recalls fellow Swedes Opeth. So it comes as no surprise that former Opeth keyboardist Per Wiberg (who also played on their debut LP) lends a hand on lead-off track “Shooting Star.” What is surprising is that it is only the second song they’ve ever done that clocks in at over ten minutes. The next song, “Get Out Alive”, encapsulates everything that is great about Anekdoten. It’s moody and bleak but it’s also catchy as hell. Another guest musician that makes way too much sense is Fripp collaborator Theo Travis (Gong, The Tangent, Steven Wilson.) He lends his flute to a couple songs including the title track. Marty Wilson-Piper from The Church also appears on this song (I didn’t see that one coming!)

The middle section of the record drags a little as they play around at some alt-rock stuff but the final song more than picks up the slack. “Our Days Are Numbered” has the perfect balance of vintage sounds and modern rock music. It’s also a haunting reminder of the great Van Der Graaf Generator as the last half of the song relies on atmosphere and saxophone. Peter Nordins’ drumming is frantic and inventive. The music swirls and teases the listener into believing that it’s all building up into some kind of post-rock crescendo. But that is not really in Anekdoten’s playbook. There’s plenty of tension and precious little release.
What makes this release so satisfying is the vocals. Once the exclusive domain of bass player Jan Erik Liljestrom they are now shared more equally with Barker. Whereas Anglagard relies almost exclusively on instrumentals, Anekdoten isn’t afraid to craft quasi-traditional songs into something unique, beautiful and ultimately terrifying. Sure, they will always struggle against the Crimson comparisons but at this point in their career it is becoming a moot point. This is, and always has been, a band to be reckoned with.
Key Tracks: “Get Out Alive” / “Shooting Star” / “Our Days Are Numbered”
Artists With Similar Fire: King Crimson / Van Der Graaf Generator / Landberk

2 thoughts on “Anekdoten: Until All The Ghosts Are Gone [Album Review]”