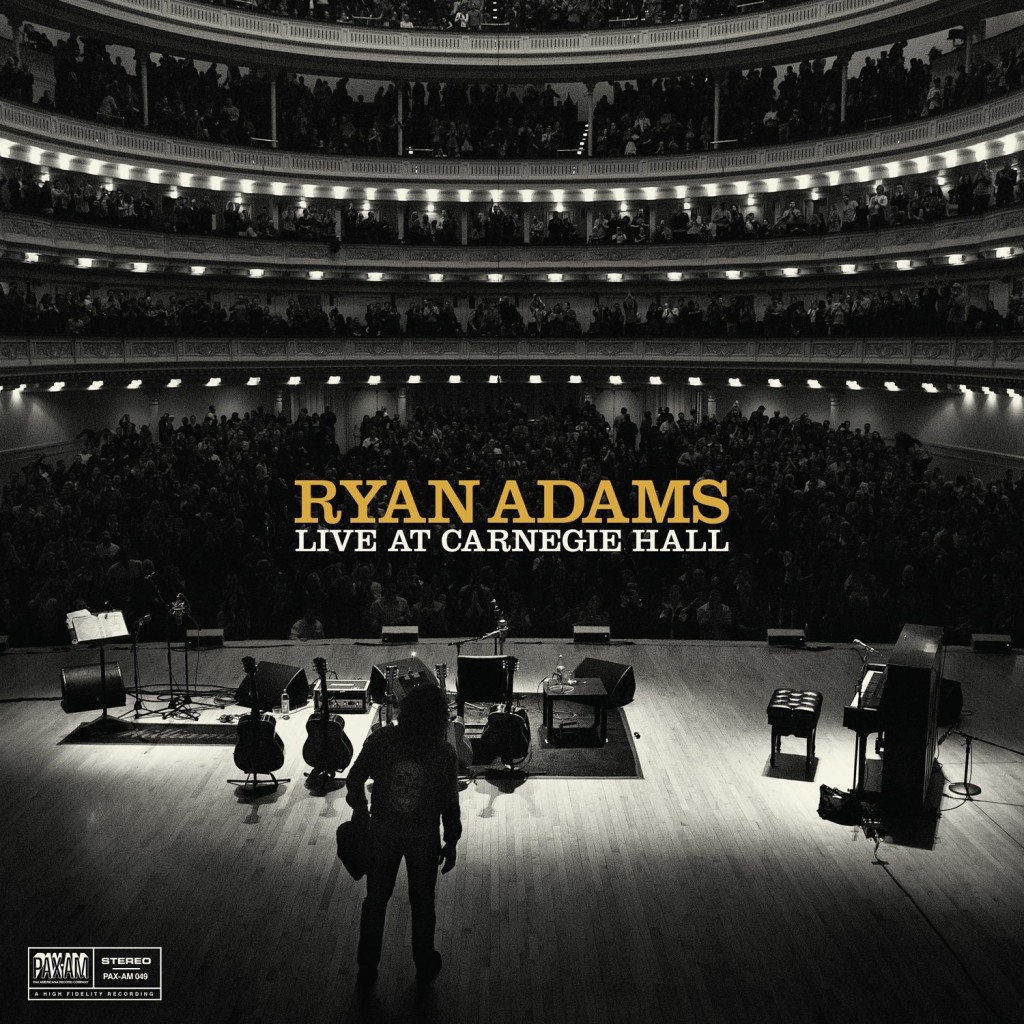 Fire Note Says: Two night live set will not disappoint fans.
Album Review: Ryan Adams live used to be “watch and see” because Adams might do something nuts like kick someone out of the show, walk off the stage, go into a rant and then go into another rant. Basically, the music would be absolutely spot on but you were always a little scared to shout out a request or do anything because you didn’t want to disturb the artist or more simply poke the Ryan Adams bear.
Fast-foward to present day Ryan Adams and the two nights back in November that he performed at Carnegie Hall captured here and you will find a much more mature and fun artist. He laughs and scratches with the audience on just about every song and tells stories about his dairy allergy and funny dad, Angry Birds Star Wars, 25k dollar songs, Terminator 2, his voice over working manager and several times about his songwriting process and the mental state he was in. I will say that his interaction with the crowd is refreshing and entertaining. It gives this 41 song, 3 hour and 36 minute recording its true heart and warmth. 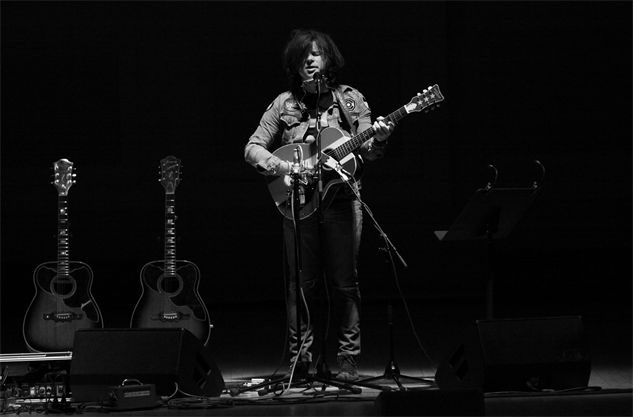 The music of course is why everyone shows up and it highlights that Ryan Adams could sing me the alphabet and it would sound great. He nails every song on here in all of its acoustic glory. Adams front and center with his guitar and piano is a great fit for the setting and overall the set list here covers tons of ground. Nerdy Adams fans will want more from the track selection, as I would call it somewhat conservative because it misses several of his more challenging records like 29 and Rock N Roll. It also contains 6 songs that were performed each night in similar fashion. It would have been cool to either have these arrangements changed up a bit or substitute them out so that there were no repeats. I will give you that if I only attended one of these shows and didn’t hear “Come Pick Me Up,” I might have been pissed but given the special treatment of Live At Carnegie Hall, I would have gotten over it. Like every greatest hits compilation, everyone has their opinion on what tracks should have been included here. I would have liked to see maybe one night acoustic, one night electric for a different flavor but there is always next time. Other selections were perfect to hear acoustic like the original punk track “Rats In The Wall,” new song “How Much Light” and his cover of Bob Mould’s “Black Sheets Of Rain.”
If you are a Ryan Adams fan then you will enjoy this record. He shines in this setting and truly is one of the more underrated singer/songwriters out there. Nothing on Live At Carnegie Hall is a must listen which keeps its overall rating down a bit but if you are looking for a solid Adams experience this double album will fill your needs. I like this Ryan Adams personality live – it is much better to hear him have fun with the audience, the audience having a great time laughing and engaged while they both work together and create two nights of great music!
Key Tracks: “Rats In The Wall” / “Nobody Girl” / “How Much Light”
Artists With Similar Fire: Jason Isbell / Steve Earle / Neil Young
Ryan Adams Website
Ryan Adams Facebook
PAX-AM Records
– Reviewed by Christopher Anthony

The Friday Fire Track: Froth – “Turn It Off”