Glass Hammer: The Breaking Of The World [Album Review] 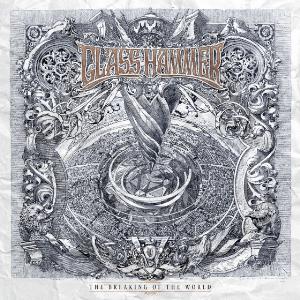 Glass Hammer
The Breaking Of The World
Sound Resources [2015]

Fire Note Says: American Prog stalwarts use their increased exposure well.
Album Review: Back in 2012 when Yes announced they had a new lead singer, Jon Davison from Chattanooga band Glass Hammer, few outside the tiny Prog community had heard of either him or the band. Now with Davison firmly in place as that legendary band’s permanent vocalist Glass Hammer return for their sixteenth (what?) album. Founding members Steve Babb and Fred Schendel have been the only constant in an ever-shifting line-up that has included as many as seven different lead singers. Last year’s Ode To Echo was a microcosm of Glass Hammer’s revolving door at the mic: no less than five lead singers were utilized including current vocalists Carl Groves and Susie Bogdanowicz (both of whom are Hammer vets) and former singers Davison, Walter Moore and Michelle Young. Small wonder it failed to hit the high water mark of earlier Davison-lad efforts If and Perilous. With only Groves and Bogdanowicz in tow this time around there is more cohesion. And with the eyes and ears of the world perhaps paying attention, The Breaking Of The World also happens to be one of their strongest records to date.
Glass Hammer has always been tagged as a Yes clone. This has only been partially true. There has always been plenty of other influences in their music: ELP and Genesis come to mind. But what is forgotten is the essential place they hold in the revival of progressive rock in the early nineties. Along with US contemporaries Spock’s Beard and Echolyn they heralded a new beginning for a forgotten genre. Although Sweden is often credited as the place where Prog was reborn (with bands like Anglagard, Anekdoten and The Flower Kings) Glass Hammer has been at this since 1992 and deserves any new-found accolades they can get, no matter how belatedly. And so the Tennessee band boldly go forth with perhaps their most progressive album. 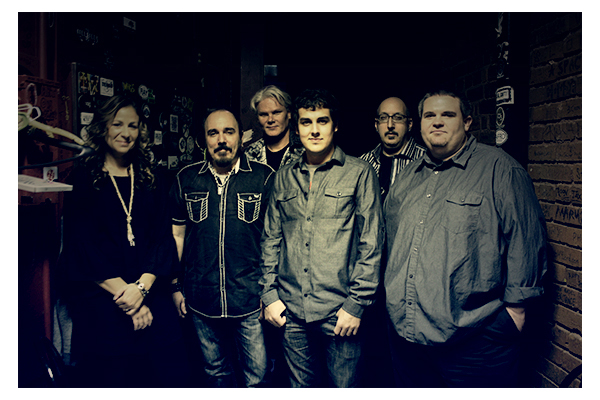 Things begin well with two of the best songs in their oeuvre. Lead off track “Mythopoeia” kicks off with an uncharacteristic bang. The guitars are up front and the bouncy rhythm and bright harmonies do recall early Yes. Drummer Aaron Raulston swings throughout with flair. The whole thing almost makes you forget Davison’s gone. The next tune, “Third Floor”, employs the boy/girl vocals to good effect. An eliptical guitar pattern is shadowed by tasteful keyboards and though this is the longest track on the album it does not outstay its welcome in the least. Another terrific song is “Bandwagon.” It’s uptempo, complex and a lot of fun. Lyrically Glass Hammer has improved as well. Traditionally stuck on JRR Tolkien, they eschew the most egregious storytelling in favor of more down-to-earth subject matter and it pays off handsomely.
Musically Glass Hammer gives the Prog fan everything they could hope for and then some. There’s not a bad song to be found here. It does seem like Babb and Schendel understand that this is one album that more than a clutch of die-hard fans might hear and approached it with more care than most of their uneven discography. Although they may never be the most original band in the world, they are one of the best. Twenty-three years and sixteen albums have taught them a thing or two about songcraft. But what ultimately sets this record apart is its listenability. Consistantly solid, ocassionally brilliant, The Breaking Of The World makes an excellent entry point to anyone unfamiliar with this fine band or to 21st Century Prog. You could do a lot worse.
Key Tracks: “Third Floor” / “Mythopoeia” / “Bandwagon”
Artists With Similar Fire: Yes / Spock’s Beard / Echolyn

1 thought on “Glass Hammer: The Breaking Of The World [Album Review]”