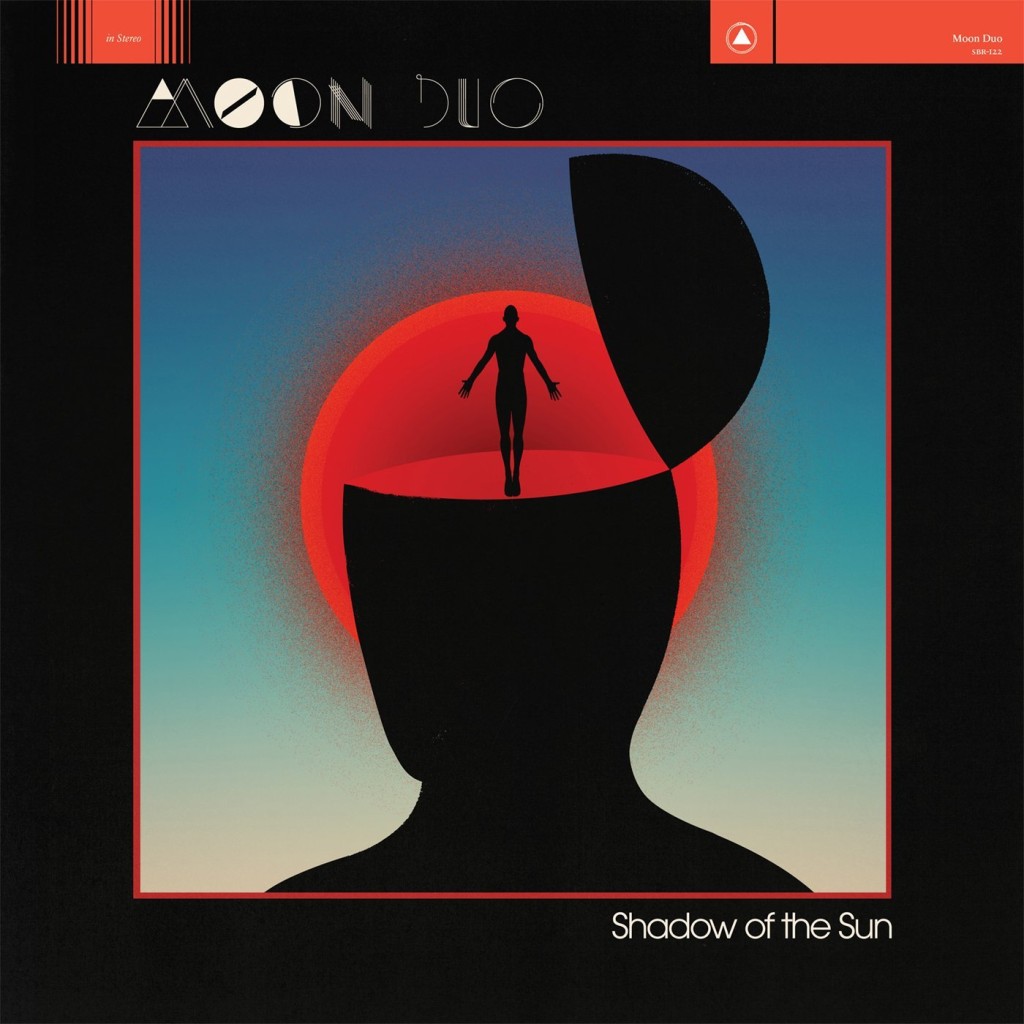 Fire Note Says: Shadow Of The Sun has Moon Duo going for the groove.
Album Review: Moon Duo’s Ralph Waldo Emerson inspired LP of 2012, Circles, was the first thing to put the group on my radar, offering up sprawling, acid-damaged, hypnotic jams that could easily overtake you if you were in the mood. While the price of admission was a tad steep due to the extended, droney nature, Circles possessed that certain something that many fans could appreciate. The follow up, Shadow Of The Sun, aims to do the same with only a few changes to the formula. With the addition of John Jeffrey on drums, Ripley Johnson and Sanae Yamada push forward with a bit more power, elements of proto-punk now joining the dreamily dark mix.
For me Moon Duo’s style has always come along with a musical image. Their debut LP Mazes (as well as Circles) have always had that monochrome, optical illusion tunnel feel. While all the tracks of Shadow Of The Sun posses a similarly hypnotic vibe, and the longer tracks try and hammer that point home, it’s the shorter tracks on the LP that I found my self enjoying more. Still, “Wildling,” the five-minute opener, has an immediacy to its’ psychedelic appeal, as does the sleepy “In A Cloud,” a dreamy track that goes to the six-minute mark. “Ice,” the album’s longest track, takes its time with a pulsing strobe feel that heightens its trance-like atmosphere. The shorter jams, though, take the album to some interesting new places: the surfy “Zero” takes a “Rock Lobster”/”Monster-Mash” approach that at face value could be campy, but I found to be oddly charming, while closing track “Animal” digs into haunted house territory to bring the LP to a close. 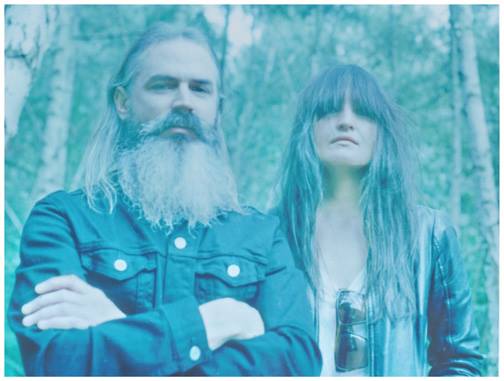 Moon Duo’s Shadow Of The Sun is an interesting LP. While I usually fault bands that give little change to the formula Moon Duo hasn’t dramatically improved, but at the same time they’ve managed to keep their signature sound from degrading or becoming stagnant. Everything that fans have appreciated is still found here, learning curve and all; but Shadow Of The Sun is not an LP to over analyze, because like an optical illusion, staring (or in this case, listening) too hard could give you a headache. As was the case with Moon Duo’s last LP, you just have to let these things happen naturally.
Key Tracks: “Wildling,” “Free The Skull,” “In A Cloud”
Artists With Similar Fire: Spaceman 3 / Lumerians / Wooden Shjips