Sonny & The Sunsets: Talent Night At The Ashram [Album Review] 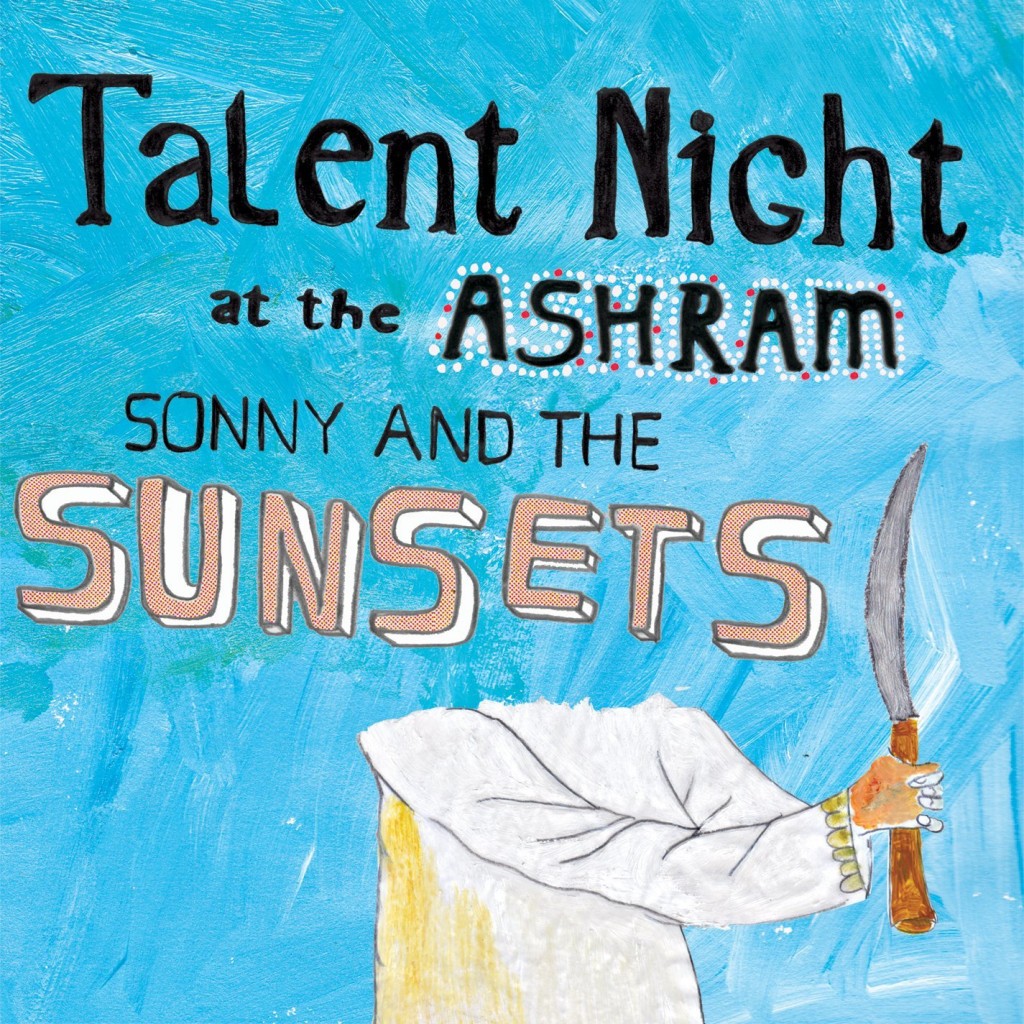 Sonny & The Sunsets
Talent Night At The Ashram
Polyvinyl Records [2015]

Fire Note Says: A delightfully weird psychedelic pop album from Sonny & The Sunsets.
Album Review: When we last heard from Sonny Smith and his shapeshifting Sunsets on 2013’s Antenna to the Afterworld, he was busy dealing with aliens, death, lost love, affairs, and other assorted weirdness, which helped make that album an underrated pop delight. Now, on Antenna’s follow up, Talent Night at the Ashram, Smith contemplates what it means to be human, what it’s like to work at a grocery, and what it’s like to find your dog swimming around in your beer. It’s strange, it’s bizarre, yet it totally works, as the band is loose, often sounding like they are playing off the cuff, which lends itself well to the songs. They sound fresh, psychedelic even, evoking thoughts and visions in your mind while you listen to the ear pleasing delicacies contained within the melodies.
“The Application” is about as fine a slice of California psychedelia as you are ever going to hear. It’s easy rolling groove matched with divine vocals are sure to hit that sugary sweet spot in your brain that needs to be pushed every so often to make you feel like a happier person. “The Secluded Estate” is a short and sweet power pop workout that gets in and gets out fast, but leaves its mark on you all the same. It has a slightly rawer edge on it that the tracks that came before it, so it’s a welcome change of pace track, it helps to move the album forward and keep the flow steady. In fact it’s the perfect lead in for the next two songs, “Talent Night at the Ashram” and “Alice Leaves for the Mountains”. The title track is a nifty slice of Abbey Road style pop with its ominous guitar riff underlying a sweet pop melody. This one two punch is a great way to close the first half of the record. 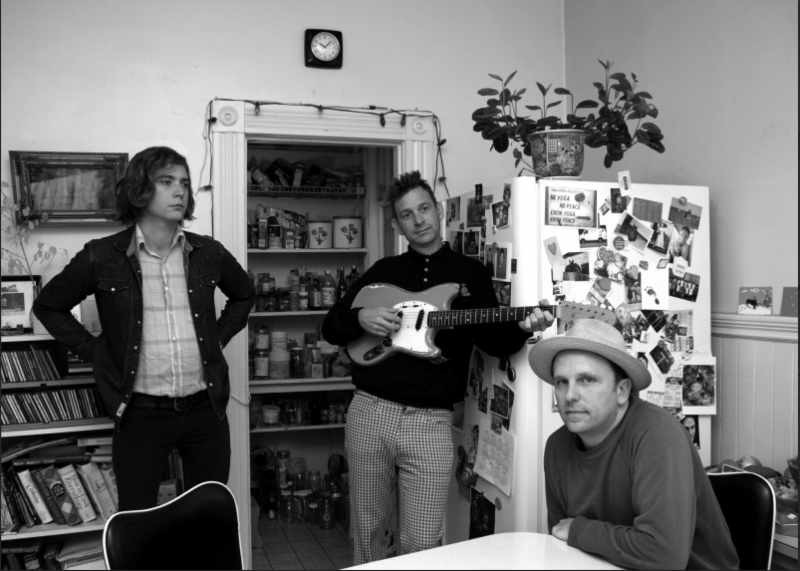 The album starts to spiral down a weird rabbit hole on “Happy Carrot Health Food Store”, which is as weird as it sounds, what starts out as a song about the characters working at a the store, descends into madness as the song shifts into a dreamlike state and finds Sonny talking about someone or something, his dog, a woman, who knows, that has been swimming in his beer. This is about as weird as it gets people, but it works, I promise you. “Blot Out the Sun” continues the weirdness, but mixes it with a pop sheen, the hooks always shine through, no matter how psychedelic the structure is. The final two songs on the record, brings thing back to normal, “Icelene’s Loss” has a similar vibe to great 60’s acts like the Millennium and Billy Nichols, it’s a gorgeous laid back vibe. “Secret Plot” ends the album, and what an album closer it is, totally epic, haunting, and gorgeous. It wraps the whole album up in a nice package, and makes you want to immediately listen to it again.
Talent Night at the Ashram is a slow grower, I listened to the album multiple times before it really hit me, but now I can’t stop listening. Sonny & The Sunsets are not as well-known as some of their compatriots in the San Francisco scene, but perhaps this record will be the one that brings them some well-deserved attention.
Key Tracks: “The Application” / “Icelene’s Loss” / “Happy Carrot Health Food Store”
Artists With Similar Fire: Mikal Cronin / White Fence / Kelley Stoltz