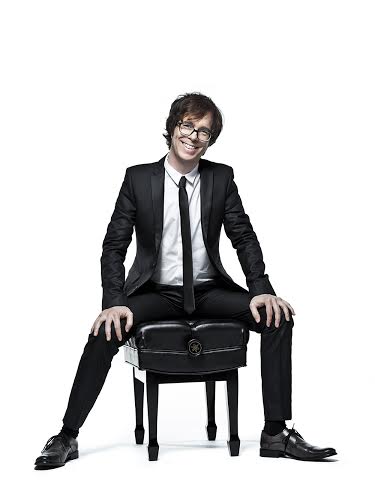 Ben Folds has announced details of a new album slated for digital release in the spring with a vinyl release to follow in the late summer. The upcoming album will showcase new pop songs recorded and arranged in collaboration with yMusic – a NYC-based sextet. Recorded in just under two weeks in New York, Los Angeles, and Folds’ own historic RCA Studio A in Nashville, the album will be marked by its studio craft and creative spontaneity.
Folds with yMusic will kick off a tour run starting in late April in a very special series of residencies in New York, Chicago, Boston, Baltimore, Philadelphia, Pittsburgh, Portland, ME, Charlottesville, Richmond, Durham, and Washington, DC. The multi-night stands will see Folds and yMusic as his band appearing at venues spanning intimate clubs to concert halls.
Ben Folds with yMusic will also make an exclusive festival appearance at this year’s Bonnaroo Music & Arts Festival, set for Friday, June 12th in Manchester, Tennessee, and other possible dates together throughout the year. Additional touring by Folds will also resume in mid-June, with additional US cities and international live dates to be announced soon.
Ben Folds Website
Ben Folds Facebook