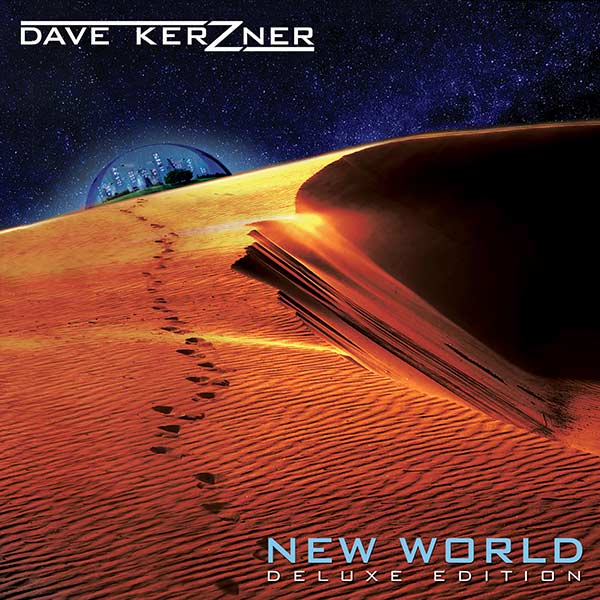 Fire Note Says: Dave Kezner’s rolodex is way better than yours and he proves it!
Album Review: I became aware of Dave Kerzner through his association with Phil Collins’ son, Simon, and their short-lived band Sound Of Contact. That band released one terrific album, Dimensionaut, and then called it quits. But Kerzner has been working with a variety of artists from Tom Waits and Bono to Barbara Streisand and Beyonce in the capacity of a modern day Eno or sonic adviser/guru in conjunction with his Miami-based studio. With so many famous, talented friends to call upon this here record promised to be anything but a typical debut album. So just who did he manage to enlist on New World? Let’s see. How about Keith Emerson (ELP), Steve Hackett (Genesis), Billy Sherwood (Yes), Simon Phillips (The Who), as well as current and former members of many of the leading lights of the current progressive rock scene including The Porcupine Tree, It Bites, Mostly Autumn, Big Big Train and Spock’s Beard. With a line-up like this there has been some excitement about this release and I can honestly report that it is as good as I had hoped.
Now a little background on this Deluxe Edition. The original eleven track album was released back in December but Kerzner remixed everything and added another twelve songs, making the running time for this an astonishing 134 minutes. The first thing you notice (after realizing that a significant investment in your precious time might be required) is how beautifully New World was recorded. I suppose this is to be expected but it is breathtaking nonetheless. Right out of the gates with opening song, the Pink Floyd indebted “Stranded”, every keyboard patch is perfect, there’s just the right amount of reverb on the piano, the drums are big and bright (thanks to Nick D’Virgilio whose credits include Spock’s Beard, Big Big Train and Genesis) and then Steve Hackett comes in at around the midway point and you know this record is going to be worth the effort. What is perhaps most striking is how little effort really is needed to “get” these songs. They’re immediately striking and memorable. The next song has a very familiar David Gilmore feel to it. Kerzner actually does sing quite a bit like Gilmore on “Into The Sun” and it would be easy to dismiss him as a mere tribute act a la early RPWL or Airbag but “The Lie” puts paid to that concern. Concise, well-written and extremely catchy, it proves an enduring highlight on a record filled with them. (Just check out the guitar solo in the middle eight – special.) 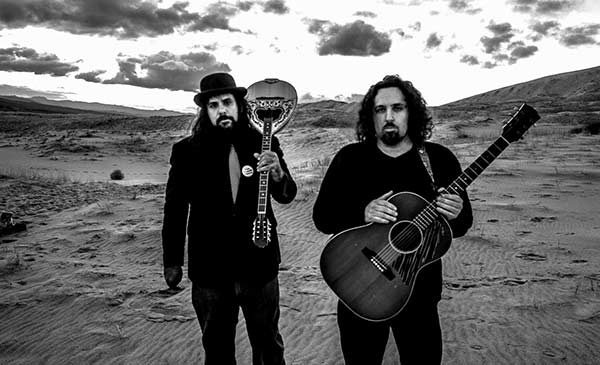 Although the remixes do sound better I may actually prefer the original sequencing here where “The Lie” cross-fades into another great tune – “Under Control.” It’s got a Peter Gabriel circa Melt suspense to it. Ominous and dark atmospherics give way to powerful drums and vocals in the chorus. The best of the new tracks, “Premonition Suite” arrives next and is a beautiful piece of modern Prog. The Pink Floyd connection grows stronger here with guest vocals from none other than Durga McBroom. Keith Emerson appears in the brilliant “Crossing Of Fates” and he sounds more like Tony Banks during “Supper’s Ready” than ELP but the song is upbeat and well-placed in the Deluxe Edition. Another highlight is the strange ballad “My Old Friend.” It is the most current sounding song on the album with a nod towards Big Big Train’s poppy prog. My personal favorite song, “Nothing,” appears late in the track listing but it is not to be missed with its Wire meets The Cult guitar heroics. I love this song so much I must have played it twenty times in a row last night. The multi-layered vocals are something to behold.
There’s so much to hear on New World what with 23 tracks and the equivilent of three LP’s worth of music that I haven’t even mentioned the title track or the sublime closer, the epic “Redemption.” Coming in at over 17 minutes it is easily the longest song here and all of it very strong, especially when Steve Hackett’s mighty guitar returns. He’s still got it! Certainly not for the faint of heart, Dave Kerzner has a fabulous ear for melody as well as sound. His place in the Prog panoply should be assured after this. Yes, it’s a lot of music to sort through but with songs this good it is truly a labor of love. Is it too long? If that’s an issue go for the shorter version. But if you’re ready to be taken on a very special journey with someone who knows a thing or two about creating magnificent soundscapes and heady but user-friendly Prog then Dave Kerzner is your guy!
Key Tracks: “The Lie” / “My Old Friend” / “Nothing”
Artists With Similar Fire: Pink Floyd / Peter Gabriel / RPWL