Red Aunts: Come Up For A Closer Look [Album Review] 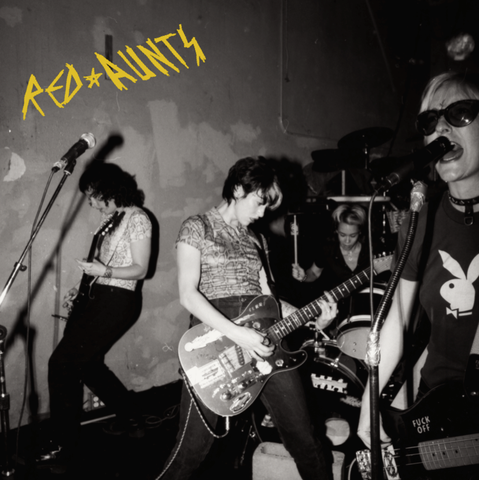 Fire Note Says: Get to know the Red Aunts!
Album Review: For most, this new compilation release from the Red Aunts will be an introductory point and that is just fine. The all-female punk band from Long Beach, California ruled the underground from 1991 to 1998 that included three albums for Epitaph Records and five albums overall. You either really loved the no frills approach from the Red Aunts or you dismissed them as noise.
If you were in that second group, Come Up For A Closer Look will work its magic to sway your opinion. The 26 track compilation covers all of their albums and provides essential tracks from each in a mixed order that paints the full Red Aunts picture. What you will hear on Come Up For A Closer Look is the raw energy that made the Red Aunts such a cult favorite on the punk scene. It probably would have been easier for the Red Aunts to break out in the 90’s had their sound been closer to arena pop punk but their short and straight-forward tracks removed any potential sugar and left you with a punch in the face. It may not have sold as many records nor made them a household name but respect still means something. Take “Rollerderby Queen” for a spin and you will immediately know what I am talking about. Shrill vocals, pulsing riffs and band callouts – all packaged in a two minute thrill ride that lives and breathes attitude. That just about sums up every track on this record. 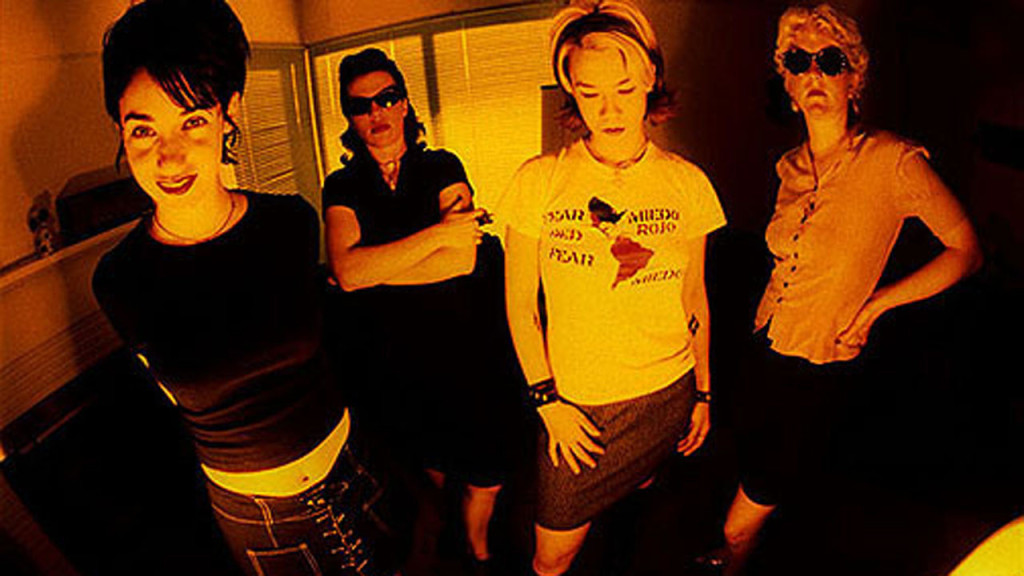 Everything from the 26 second “Smoke” to the later era, almost four minute, “I’m Crying” showcase the ledge that Terri Wahl (guitar/vocals), Kerry Davis (guitar/vocals), Debi Martini (bass/vocals), and Lesley Ishino (drums) consistently walked. Come Up For A Closer Look not only is the perfect snapshot of the Red Aunts career but it should drive new and old fans back into their catalog. It would be nice if this release would spawn some new material from the group but if that never takes place, In The Red Recordings can be proud of the shrine they have built here as Come Up For A Closer Look confirms what many of us already knew. The Red Aunts simply rock!
Key Tracks: “Rollerderby Queen” / “Sleeping Pill”/ “I Can’t Do Anything Right”
Artists With Similar Fire: Babes In Toyland / The Distillers / Lunachicks