If you are a Guided By Voices fan then you have probably been on the hunt for the newly released Dogfish Head Beer Thousand box set. Not only does it come with six 750ml bottles of imperial lager but accompanying the beer release is a Guided By Voices 10-inch record with 10 songs recorded live June 25, 1994, during the “Insects of Rock” tour.

The “Insects of Rock” tour was the first “major” tour for the Dayton band but you would never be able tell from this recording. Right from the opening drums on “Shocker in Gloomtown” this tune soars out your speakers. If you are a fan then signing along with these tracks comes naturally. Most songs here could have been heard recently on the reunion tour but there are a few like “Drinker’s Peace” that goes back to 2010 and “Non-Absorbing” which has not graced the live set since 1996. The bigger thing about this 20 minute snapshot of a GBV show is how it captures the band’s tight sound including the great “14 Cheerleader Coldfront” which features both Tobin and Bob on vocals hitting every note. It is also fun to hear Pollard announce “this is called Gold Star For Robot Boy, it’s from our new album Bee Thousand.” Considering this release is all because of Bee Thousand it turns out to be a special moment on the album. Bottom line – this is a great record for the collection.

For Dogfish, it is all about the beer. An imperial lager? Basically a really pepped up Miller Lite? Not exactly. According to Dogfish, the style was chosen to echo the copious amounts of lager that fueled GBV’s garage recordings. It is brewed with 10 grains and 10 hop varieties, and clocks in at 10% ABV. 10x10x10 = BEER Thousand. I will tell you that it has a very crisp refreshing taste even with its 10% ABV. Some Untapped users are quoted as saying “For a lager so so smooth,” “most drinkable 10% ever,” and or course “shit yeah it’s cool!” Basically, you can’t go wrong as this offering from Dogfish Head is the complete package. 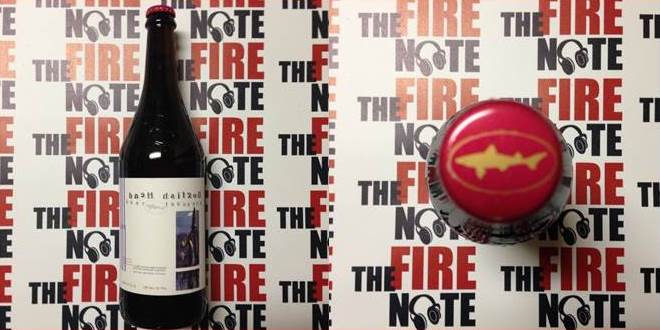 Did you get lucky and snag one of these limited Dogfish Head box sets? Probably not. These were much tougher to find then we originally expected. 1000 copies were released throughout Dogfish Head’s 30-state distribution network. Just to give some perspective on this – unofficially, Ohio received approximately 100 box sets. We assume Dayton received the largest allotment but know that some of our best vendors in town only ended up with one box set or none at all. If you live in Tennessee, California, Connecticut, Georgia, or Maine you were left dry as those states were not approved for sale of Beer Thousand. Not real good news for everyone that wants this set. That will lead you to the second hand market if you would like a copy of this 10-inch. For me, this was all about the music and wax but I will admit – the beer turned out to be the perfect partner! Enjoy the hunt – it is worth it!