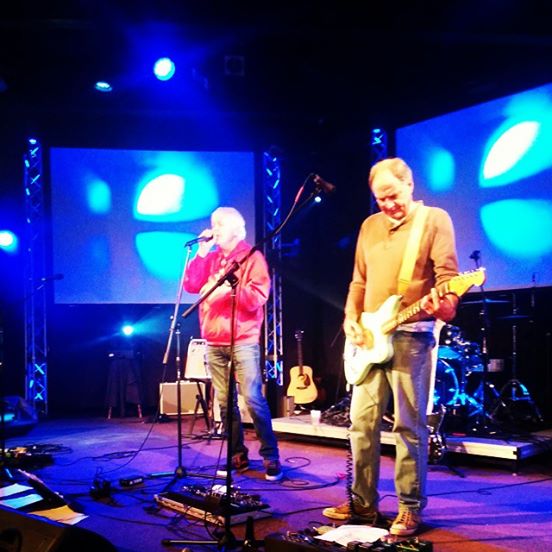 When Guided By Voices came to an abrupt ending last month there were still a handful of shows left on the schedule. One of those was a show in Fort Wayne, Indiana promoted by Neat Neat Neat Records. Instead of cancelling all together, Neat Neat set up a Guided By Voices tribute show to keep the date alive.
Well, sometimes cancelled shows have happy endings and this is one of them. Bob Pollard and Tobin Sprout surprised the crowd with a 12 song set list last night at the C2G Music Hall. With not much explanation of the breakup this was a great sight for the GBV faithful. You may remember that the Bob/Tobin connection have two albums of their own under the moniker Airport 5. 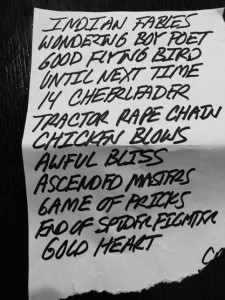 There is no official word that this appearance was a one-time thing but I would not get your hopes too high for more dates. I will say that another album from Airport 5 would be welcomed and last night was a great first step!

The Friday Fire Track: Black Clouds – “And Then I Dove”