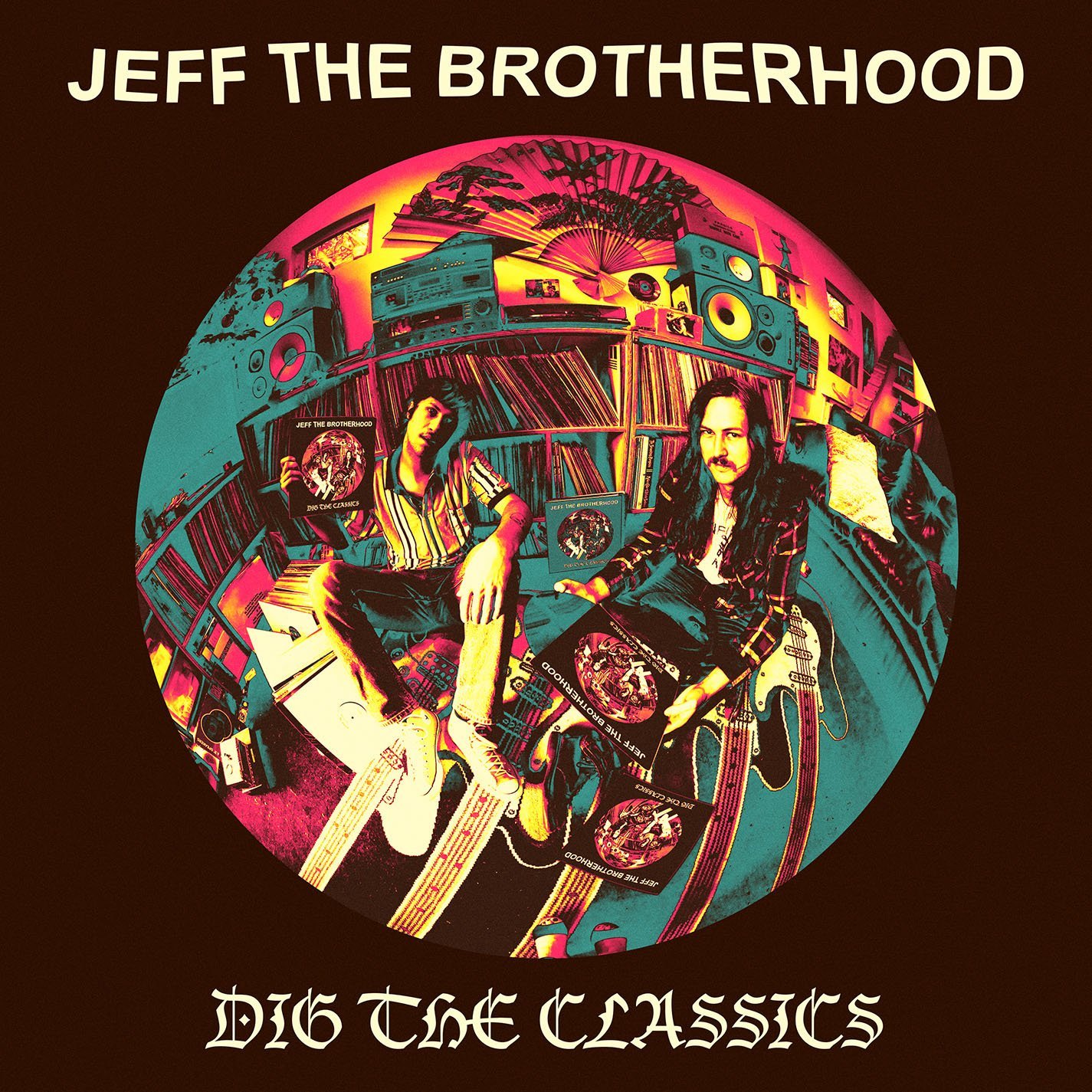 Fire Note Says: Jeff the Brotherhood drop a killer EP of essential covers with a thick layer of heavy garage rock fuzz and scuzz.
Album Review: Nashville natives, brothers Jake and Jamin Orrall, make up the two-piece rock outfit that is Jeff the Brotherhood. The band has been putting out their own special blend of pop-punk, garage, scuzz/fuzz, and stoner rock for years and now offer listeners an EP of cover songs featuring bands that mattered and influenced them. Fans of Pixies, Wipers, My Bloody Valentine, Colleen Green, Teenage Fanclub, and Beck should make it a point to hear this EP. The 6-track EP, Dig the Classics, is a lean and mean release. Jeff the Brotherhood lathe each cover with their brand of rock and it not only works, it rocks.
Dig the Classics opens with Jeff the Brotherhood covering a Pixies’ track, “Gouge Away”, from the 1989 masterpiece, Doolittle. There are the loud, quiet, loud aesthetics that Pixies fans value and the signature JtB guitar crunch sounds great on this song.
Track 2 is a cover of “Mystery” from The Wipers’ 1980 debut LP, Is This Real? Punk and pep. This bouncy track reminded me to revisit The Wipers again. I have been negligent in paying them their due. It is a short track, but it packs a nice punch.
Next, Jeff the Brotherhood commence to wreaking havoc on My Blood Valentine’s “Come in Alone” from their timeless LP Loveless. It is not as layered as MBV, but there is a ton of charm in this stripped down version. It is a bit of dirty sound that I thoroughly enjoyed and it still has that psychedelic guitar hook. 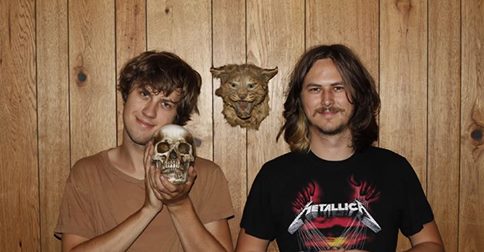 “Cujo,” from Colleen Green’s 2011 EP Cujo, hits the spot. Jeff the Brotherhood picked up the pace a bit and while Green’s original has plenty of grit, JtB really pour on the guitar crunch.
“Mad Dog 20/20” is a Teenage Fanclub track from a DGC Rarities compilation. I only have a couple of Teenage Fanclub albums and I do own the DGC Rarities Vol. 1 comp, but I did not remember this track at all. I dug it up to give it a fair comparison and I love both versions. Jeff the Brotherhood’s version sounds more like a Weezer track, but it still a worthy homage.
Jeff the Brotherhood’s version of Beck’s “Totally Confused” may be my favorite. I have Beck’s version on a 5-track EP for the Mellow Gold track “Beercan” that I bought in Japan many moons ago. Jeff the Brotherhood are crediting the track to a rare cassette-only release, Golden Feelings. Either way, “Totally Confused” is a nice lo-fi acoustic track with female vocals backing Beck, and JtB ape this perfectly. It is heavier, and messier, but they really give this track its due diligence.
Whether you are familiar with Jeff the Brotherhood or not, Dig the Classics is a cool collection of covers that span the gamut of obscure tracks to familiar hits of iconic indie rock artists. Dig the Classics reaffirms my love for Jeff the Brotherhood and rekindled some love for artists and albums I have not visited in a long time.
Key Tracks: “Come In Alone” / “Cujo” / “Totally Confused”
Artists With Similar Fire: Hawkwind / Black Sabbath / Mudhoney

Horse Feathers: So It Is With Us [Album Review]