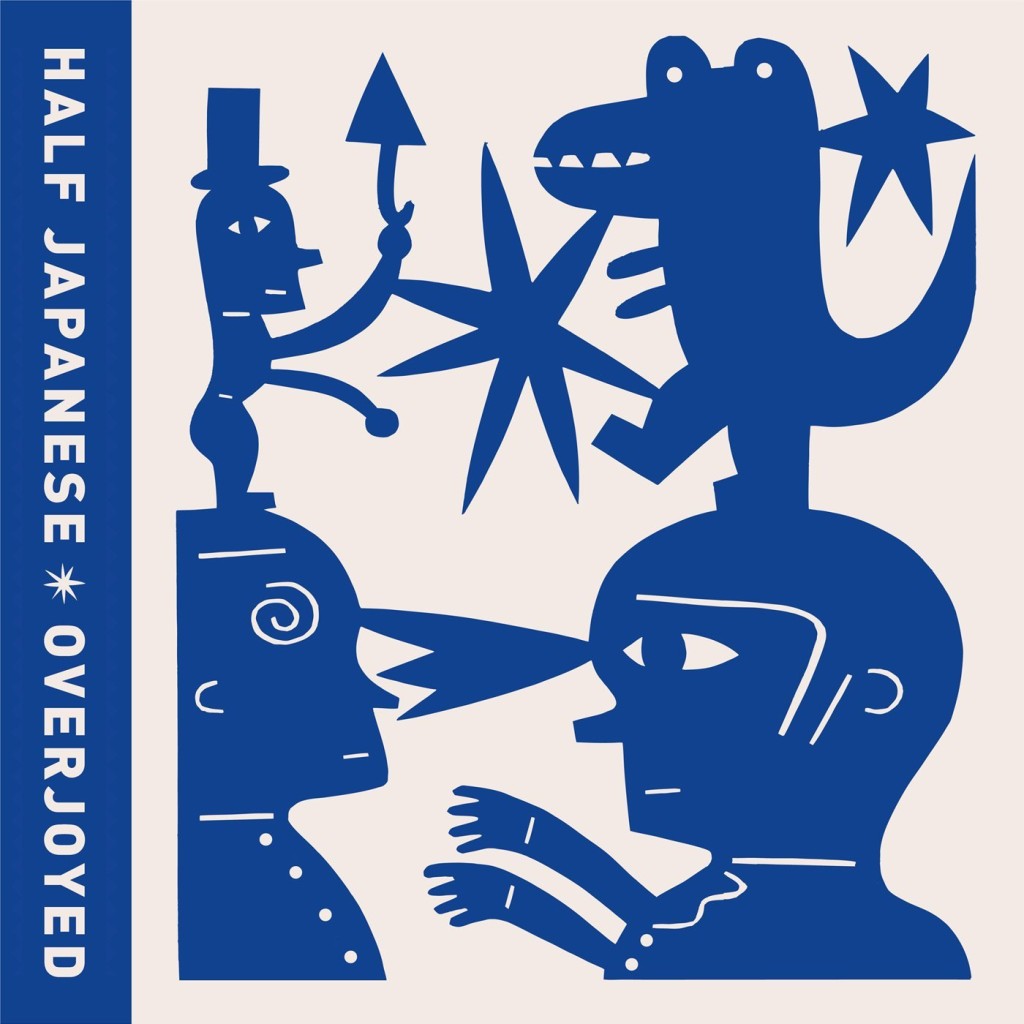 Fire Note Says: After a 13 year break, the cult legends return just as good and weird as they ever were!
Album Review: Jad and David Fair, better known as Half Japanese are an acquired taste. In fact, their Greatest Hits collection holds the distinction of being the only cd that I have ever purchased that never made it home. I popped it in the cd player in my car, started playing it, skipped ahead a few tracks, skipped ahead a few more, took disc one out and put in disc two, and skimmed some more. I drove straight to another store and sold it back for cash and washed my hands of it.
To call their music challenging is an understatement, to say Jad sings is an overstatement. The whole thing doesn’t work at first, but then a funny thing happens, the more you listen, the more you like it. My buddy talked me into borrowing Greatest Hits from him a few months later, and wouldn’t take it back until I understood it. Sure enough, I was wrong…Big Time. It all clicked for me one day, and I have been a fan ever since, it’s hard to believe that was almost 20 years ago. The whole thing is like some sort of unholy alliance between Jonathan Richman, Daniel Johnston, and Guided by Voices, and either every bit as awesome or distasteful as that may sound to you depending on your own tastes.

Overjoyed, the first new album from Half Japanese since 2001, does more than just pick up where the band left off, it almost feels like a rebirth. The band is tighter, more rehearsed, and dare I say more professional? Whatever it is, to my ears this is almost their great polished pop record, edges smothered out (somewhat), and crisp production courtesy of John Dieterich of Deerhoof. Now I say it’s smoothed out, but everybody I have played this record for looked at me like I was an alien when I said that. It’s still a weird record, but think of it like Daniel Johnston’s 1990 album, or his Artistic Vice record, two records that retained the charms of Johnston’s early crazy lo-fi stuff, but focused and somehow more accessible but without sacrificing what made the other stuff so great. Half Japanese didn’t trade in their trademark vibe for accessibility; rather they just made their vibe more accessible. Fair’s voice is still the ultimate in acquired tastes and is still a deal breaker for people who don’t like the band, but he sounds great throughout the record to my ears. Tracks like “In Its Pull” and “Meant To Be That Way” rock and retain the train mark wit of classic Half Japanese. “The Time Is Now” slows it down, but features the best vocal performance on the record, dare I say it is almost seductive. “Our Love” is another rocking winner, this is art punk at its finest. It isn’t angry, it’s weird, and weird is good. Overall I think that Overjoyed is a fine record. It is a welcome return from a legendary band, keep it weird guys, we need you.
Key Tracks: “In Its Pull” / “Our Love” / “Shining Star”
Artists With Similar Fire: Daniel Johnston / Thomas Jefferson Slave Apartments / Deerhoof

U2: Songs Of Innocence [Album Review]

Archie Powell & The Exports: Back In Black [Album Review]