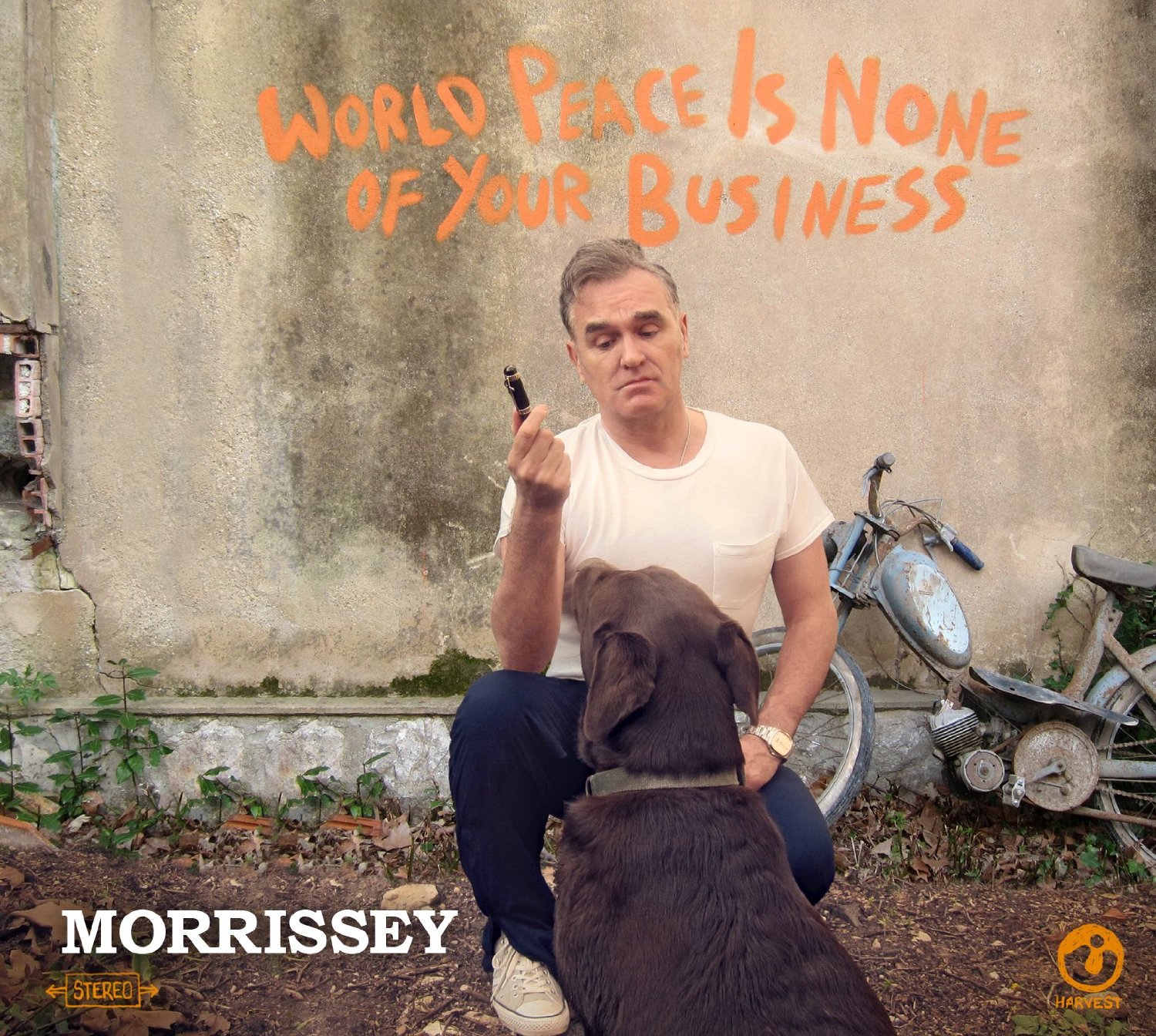 Morrissey
World Peace Is None Of Your Business
Harvest Records [2014]

Fire Note Says: Surprise – Morrissey returns with plenty more to say.
Album Review: With each later era record, Morrissey has always seemed to reinvent himself. Like any career artist, some albums are better than others and for Morrissey, his last record, Years of Refusal (2009), was his best outing since Vauxhall And I [1994] and just edged out You Are the Quarry [2004]. What made Years of Refusal connect on all levels was simple – its aggressive tone + sharp and edgy guitars + catchy sing-a-long melodies + a focused and concise Moz. Not too much to ask for when you are talking about the frontman for The Smiths – right?
Well it has been five years since Refusal and five years since Morrissey turned 50. I am not sure if age has anything to do with it (although it probably does) but between cancelling tour dates due to illness, picking fights in the media and like always, speaking out politically, Morrissey should have plenty of material here to once again entertain. After walking in Morrissey’s shoes several times over with this record there are plenty of “moments” that work and will appeal to fans. His fun wordplay in “Neil Cassidy Drops Dead” will make people crack a small smile when he launches into “Everyone has babies, Babies full of rabies, Rabies full of scabies, Scarlet has a fever, Ringlets full of ringworm, Angel of disdain, Poor little fella has got rubella, Liver full of fungus, Junior full of gangrene, Mine is melanoma, Tikes full of gripe, Whippersnapper’s scurvy, Urchin made of acne, Get that thing away from me.” It represents a lyrical combination only Morrissey can pull off. The song also is the most guitar driven on the album so it comes off with a slight venom. The tribal-sounding percussion on the opening title track will also have listener’s take notice as the track shares his Morrissey world view and is one of World Peace’s catchier numbers. “Istanbul” is one of the more intriguing tracks on the record with its guitar riffs, wild synthesizer work and several percussion stop and start moments. All of this supports the flowing melody that sticks as this tale of a father losing his son is easily one of the strongest songs on the record and represents why Morrissey is still worth the price of admission. 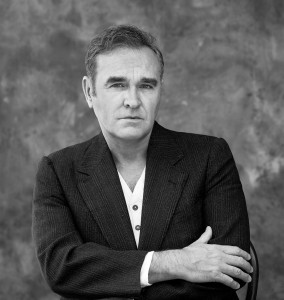 For all the things that sound in place on World Peace there are several inconsistent moments that I feel hold it back as well. The over seven minute “I’m Not A Man” hits you in the sequence right at track number three and bogs the record down from a pacing point. It also gives Morrissey a little too much canvas for preaching and personally – I do not need the extended version. Although shorter, “Earth Is the Loneliest Planet”, and “Kick the Bride Down the Aisle”, both find Morrissey proclaiming his distastes loudly and may leave you looking for the sunshine or a different song quicker than you thought as he crosses the fine line that he has always had in check with his outward views.
Overall, World Peace is a standard Morrissey record. It definitely does not have the appeal to me of some of his earlier work but you can’t deny his presence as it is still very large. Some of this credit, I am sure goes to producer Joe Chiccarelli (Alanis Morissette, The Strokes) as the tracks here are bold in sound while still letting Morrissey state his case. I also still recognize that Morrissey can lay down a melody like no other with the swaying closer “Oboe Concerto” which simply reminds me that the Moz is most certainly still relevant as World Peace Is None Of Your Business is just another chapter in his artistic career.
Key Tracks: “Istanbul ” / “World Peace Is None Of Your Business” / “Oboe Concerto”
Artists With Similar Fire: Peter Murphy / Belle and Sebastian / David Bowie