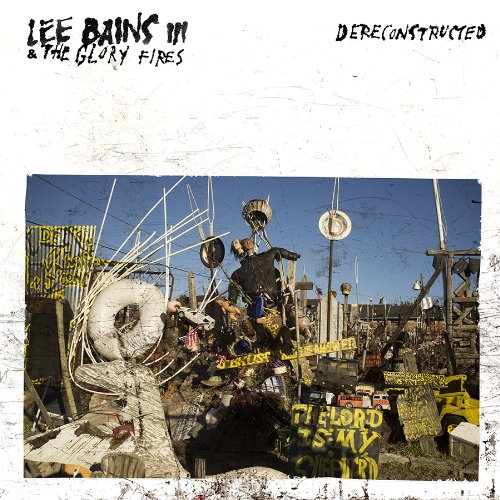 Fire Note Says: Lee Bains III & The Glory Fires sing it proud and rock it loud on Dereconstructed.
Album Review: When I first heard Lee Bains III & The Glory Fires it was on the excellent Alive at The Deep Blues Fest. I thought they were a highlight on the album, categorizing them as being in the “gospel blues mold, that pours as smooth as liquid glass, but when Bains voice really starts to heat up it’s all belted from the throat and that’s the way it needs to be.” Well fast forward about 2 years from their debut There Is a Bomb In Gilead—a play on words from and African-American spiritual Bains misheard as a child—and a couple things have changed. Leaving their home at Alive Natural Sounds Recording for a new spot a Sub Pop, the band has also given an interesting indie twist to their gospel and R&B sounds. Dereconstructed shows Bains and the boys going for some barbecue-blasted roots rock n’ blues. What’s more interesting is that they manage to pull it off while sprinkling in some of the best parts of their influences, both past and present.
I’ve always had more affinity for the working man’s blues, and with listen after listen Dereconstucted communicated that more and more. As soon as you put the key in the ignition with “The Company Man,” Bains revs the engine and only beings to let you catch your breath 5 tracks later with “The Weeds Downtown.” The title track seems to borrow a bit of riff-based flare that made King Tuff’s “Lady” such an appealing track. Same King Tuff nuance could also be said for the “bama” (Alabama) rip-roaring’ “Kudzu and the Concrete.” 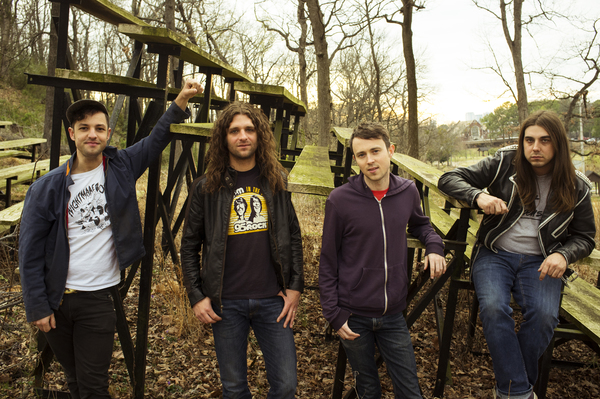 Authenticity—for better or worse—is another huge factor when it comes to Bains’ and (even more so) The Glory Fires on Dereconstructed. I keep drawing on Kyle Thomas aka King Tuff, who draws from Dylan, Dylan draws influence from Robert Johnson, and so on and so forth. Bains is just singing what he knows, but while that can be a strength it’s also the biggest problem that Dereconstructed presents. Is this “good time protest music?” Is Bains so revved up about this build, teardown, build that he loses a bit of sight?
That could be the case. After a three song sample in the car my wife could only muster the slim praise of a “Kid Rock” sounds. My own appraisal is a bit friendlier: with boogie-woogie songs like “Kudzu and the Concrete” and “Mississippi Bottomland” Lee Bains III & The Glory Fires remain loud and proud. An album that could initially sound full of cheap “taste the Rockies” moments, it’s The Glory Fires’ playing that save the day, their loud, over blown indie a credit to rockers of today and yesteryear. I just wish Bains knew what he wanted—the politics of “Flags!” or the barbaque blooz rawk of “Burnpiles, Swimming Holes?” “The Company Man” vs. the “Mississippi Bottomland.” It’s a preachy juxtaposition that might turn some listeners off, but The Glory Fires know how to have a good time all the same.
Key Tracks: “Dereconstructed” / “Burnpiles Swimming Holes” / “What‘s Good And Gone”
Artists With Similar Fire: King Tuff / John Mellencamp / The Dexateens