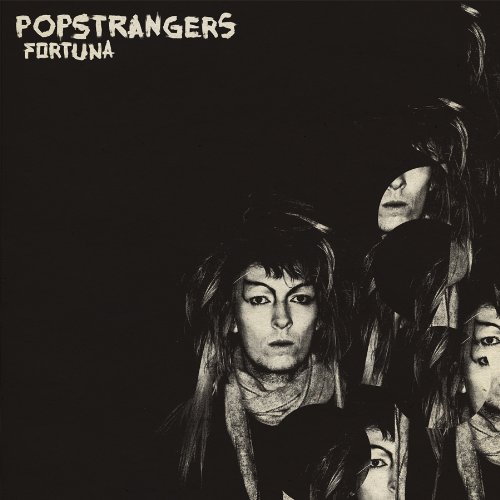 Fire Note Says: Follow-up to last year’s excellent debut does not disappoint.
Album Review: In the run-up to Popstrangers’ sophomore album there has been a lot made of the band’s recent move from Aukland, New Zealand to the musical epicenter of the world – London. Subsequently, attempts have been made to find Anglo influences within Fotuna’s ten tracks. That effort is not in vain. There are some clear lines drawn connecting frontman Joel Flyger’s delivery and, say, Liam Gallagher but more germain, I think, is the statement of intent such a move makes: this band is ready for the big time.
While not discarding the fuzzy psych-pop of last year’s Antipodes, Popstrangers have definitely sharpened their focus in songwriting and production. I’ve been listening to both records pretty much non-stop for the last few weeks and cannot honestly say which is better. Antipodes defied easy categorization. It relied on deception more than hooks. This time around the hooks are huge and although the element of surprise is still present, they use it more sparingly and, as a result, to better effect. Take opener “Sandstorm” for example. It begins with a lonely guitar figure and, as the song comes to life, it abruptly shifts key signature for the giant chorus. I don’t recall this trick being so successfully employed since the Ozark Mountain Daredevils pulled it off in 1974 with their hit “Jackie Blue” (a song also recorded by Smashing Pumpkins during the Gish sessions so referencing them isn’t all that uncool.) The smooth psych-pop of “Don’t Be Afraid” only reveals itself after a truly strange sounding guitar intro. There’s a little Unknown Mortal Orchestra going on with their guitar-driven, mind-melting songs. But the Brit-pop influence shows up on the very next track, the uptempo, kind of Blur-like “Distress.” 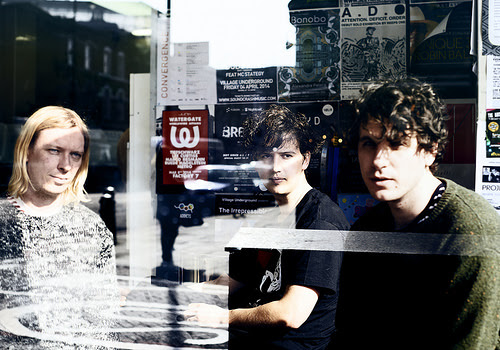 Another standout is “Country Kills” with its obvious nod towards their abandoned homeland. The quirky riff recalls Black Sea era XTC and that is a very good thing. Later on they go for a more straight forward sound with the big drums of “Tonight” and the palm-muted guitars of “Her.” Both songs are excellent examples of how far this band has come in reining in some of their wilder instincts. It’s not the leap Tame Impala made from Innerspeaker to Lonerism but the idea is the same. There is, unfortunately, no suspense in the sequencing of Fortuna. The penultimate track, “Right Babies,” is what you would expect – a faster tempo post-punk rocker and the record closes with your typical album closer. “What’s On Your Mind” is a moody, hazy song that could only fit at the tail end of a “properly” sequenced album. For a band that does not play by the rules it is a bit of a bummer. Likewise, some of Flyger’s lyrics come across a tad bit cliche, but these are minor complaints. Popstrangers are on the brink of greatness.
And so I struggled a bit with the rating here. My Fire Note colleague gave Antipodes a 3 1/2 and that may have been a disservice. Fortuna is every bit as good, if not better. Four headphones feels about right. It’s a record that may get overlooked (as the debut was) but I would not be surprised if their best work still lay ahead of them. The idea of combining jangly New Zealand pop with UK psychedelic rock may not be new but Popstrangers is merely scratching the surface of its own possibilities.
Key Tracks: “Don’t Be Afraid”, “Sandstorm”, “Country Kills”
Artists With Similar Fire: UMO / Tame Impala / Cheatahs