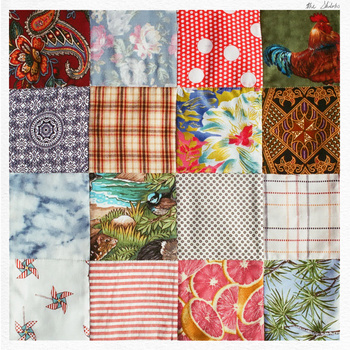 Fire Note Says: The Shilohs let the sunshine in on their summery second album.
Album Review: The Shiloh’s debut (last year’s So Wild) was an impressive record that brought together a plethora of ramshackle 60s rock sounds, from The Kinks to The Velvet Underground to The Beatles. The strength of that album was its diversity—while it was consistently good, it was also eclectic, bringing together familiar sounds in interesting ways. Their self-titled sophomore album doesn’t exactly slump, but it’s not as varied as their debut because it narrows the band’s sound a little too much in a single direction. While it doesn’t completely fulfill the promise of the band’s debut, what The Shilohs does manage to do is create a great soundtrack for the transition from spring to summer.
While the Elephant 6 vibe is still apparent on The Shilohs, this time its even more indebted to The Apples in Stereo and The Olivia Tremor control’s poppier moments, which means at times it sounds a lot like the Beach Boys. As one of the vocalists sings on “Folks On Trains,” “Summer is our season / It’s the best time of the year.” Though the band says that this self-titled is “a bit more all over the place” than their debut, my ears tell me that this is a sunshine pop record (which is not a bad thing)—there are little flashes of other genres here and there (the twangy alt-country meets afro-pop guitars on “Palm Readers” or the slightly jazzy, Wilco-esque rock of “Sisters of Blue,” for example), but the upbeat tunes and “bah-bah-bah” backing vocals all over these tunes suggest a degree from the Brian Wilson school of pop. There are even a few “surf-like” elements here and there, like the little guitar riffs in “Strange Connections.” 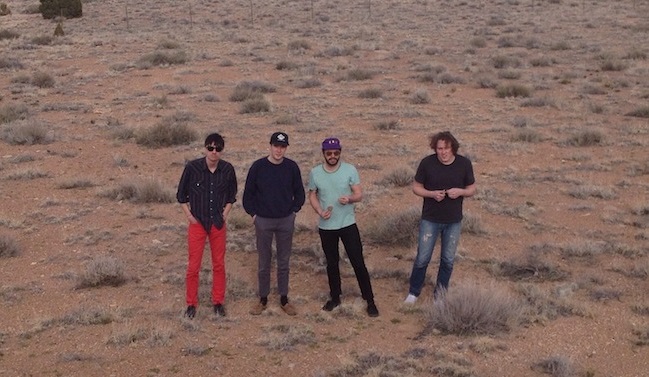 The Vancouver quartet’s songwriting skills are still solid, though—opener “Student of Nature” is a prime slice of pre-psychedelic Beatles-esque pop-rock, sounding like a cross between “Ticket to Ride” and a Curt Boettcher sunshine pocket symphony. “Champagne Days” features some nice tremolo guitar work and vocal harmonies, while “Bless Those Boys” feels like a mid-period John Lennon track with its minor key piano chords and strings/slide guitar combo on the chorus. “Queen Light Queen Dark” brings back a bit of the guitar-heavy Loaded-era Velvet Underground sound from the debut and fades into closer “Days of Wine,” an intriguing mix of Desire-style gypsy Dylan and Rubber Soul guitar psych.
Though not as impressive as So Wild, The Shilohs is still a solid album, especially for this time of year. Full of catchy hooks, vocal harmonies, and (more) polished playing, it largely avoids the dreaded sophomore slump. If you were a fan of the debut, don’t hesitate to pick this one up—and even if you never heard that first record, The Shilohs makes for great summer listening.
Key Tracks: “Student of Nature,” “Sisters of Blue,” “Bless Those Boys”
Artists With Similar Fire: The Beach Boys / The Olivia Tremor Control / The Autumn Defense