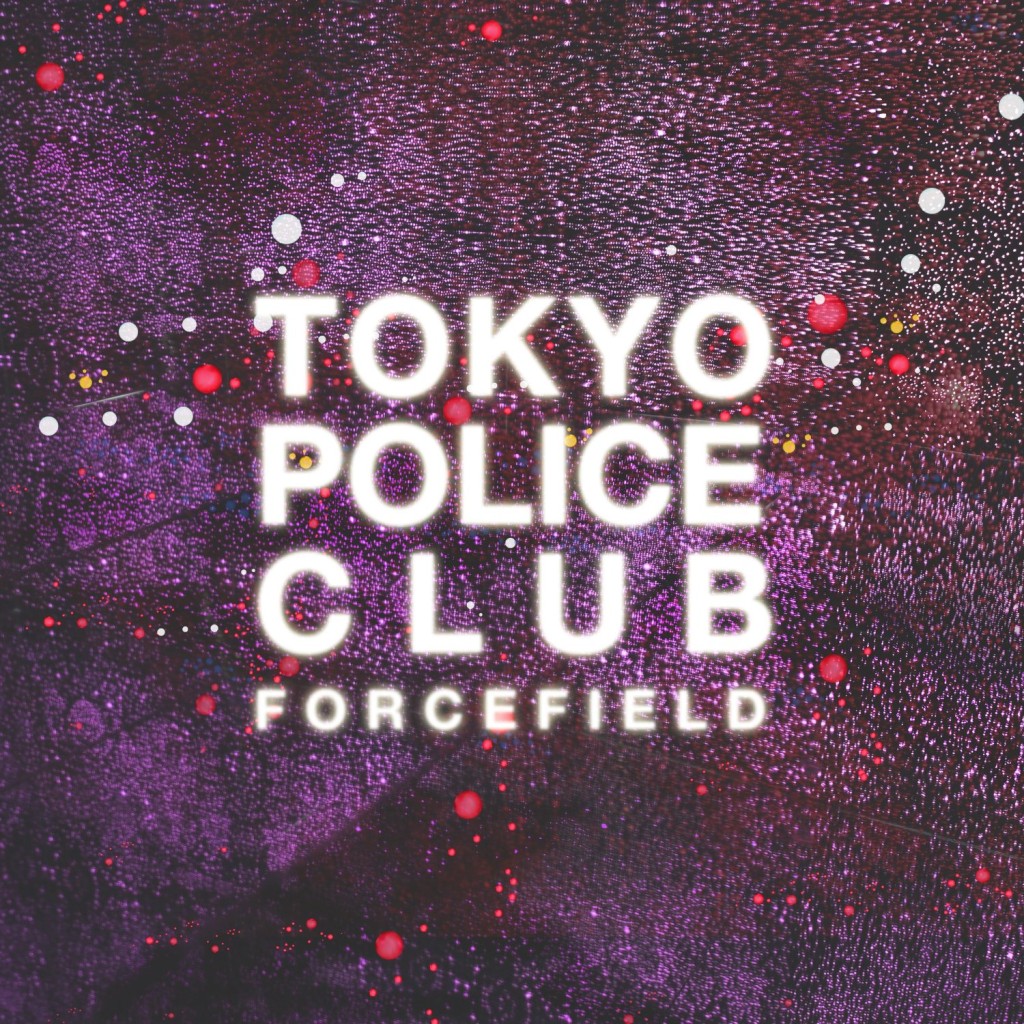 Fire Note Says: Tokyo Police Club’s Forcefield is both full of hooks and subtle.
Album Review: Canadian band Tokyo Police Club recently released Forcefield, their fourth long player. It seems like this band has always been on the cusp of making it big (like Young The Giant or former tour mates Foster The People) but this hasn’t happened yet. The group’s sound is interesting because it has irresistible hooks but these guys seem to be playing by their own rules. They’re less interested in being commercially viable and more interested in making music that at times defies genre restrictions or expectations.
Take the opening track “Argentina (Parts I, II, and III).” As the title implies, this 8 ½ minute track does come in three distinct parts. I’m a sucker for songs with this type of construction that are executed well. TPC executes “Argentina” with aplomb – Part I is a straightforward upbeat rock song. Part II is more subdued and then the bridge to Part III sounded like something straight of vintage Bloc Party. Part III then brings it home with a trippy, dreamy end. This song is not radio friendly but really pays off for the careful, patient listener.

Contrast the opener with the next track, lead single “Hot Tonight.” “Hot Tonight” is catchy and fluffy but doesn’t leave the impression of its predecessor. Following track “Miserable” is easy to mistake as syrupy-sweet, in part due to vocals of David Monks. This is one of the drawbacks of the album – Monks’ voice is missing depth or rage. He makes up for that with lyrics that don’t seemingly play well with the music. I don’t think I’ve ever wanted to dance as much to a song about misery and depression.
Forcefield is full of small moments that are easy to miss, thus the subtlety referenced earlier applies. “Toy Gun” has a change-up of a chorus that is refreshing. “Feel The Effect” is another dreamy number that is surprising given the album that comes before it. Tokyo Police Club tries a lot of different sounds and pulls most of them off well. The album lacks a slap-you-in-the-face moment that would make it a must-listen, but Forcefield is a pleasant way to spend 33 minutes.
Key Tracks: “Argentina (Parts I, II, and III),” “Miserable,” “Toy Gun”
Artists With Similar Fire: Paper Lions / Dr. Dog / Ra Ra Riot