The Singles: Look How Fast A Heart Can Break [Album Review] 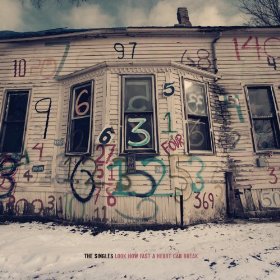 Fire Note Says: The Singles hit a home run on their third swing.
Album Review: This long-awaited, third full-length release from former Detroit band The Singles may be the ideal record for summer 2014. Look How Fast a Heart Can Break, the band’s first long-player since bandleader Vincent Frederick relocated to Los Angeles, is at once a hook-filled power-pop fest and an introspective look inside heartbreak, loss and picking up the pieces.
The first track, “Inamorita,” opens with a riff from Frederick, and new drummer Nicky Veltman kicks in with a solid backbeat that sets the tone and launches the story into gear. The band builds the record on the familiar foundation of upbeat songs about breaking up and not making up. It’s tough to not fall for tracks like “You’ve Runned Away,” “(She’s Got A) Heart of Stone” and “It’s So Hard To Get Over You.” They’ve got great hooks, plenty of jangle and just enough rough edge to offset the sadness at the root of the tracks. Shifting gears, the power-pop burst of “Turn the Other Way” and “I Can’t Believe What I Got Myself Into This Time” really punch through and stand as an island apart from the opening tracks, setting the stage for more nostalgic down-tempo tracks, “I Only Wish You Loved Me More” and “Our Last Goodbye.” 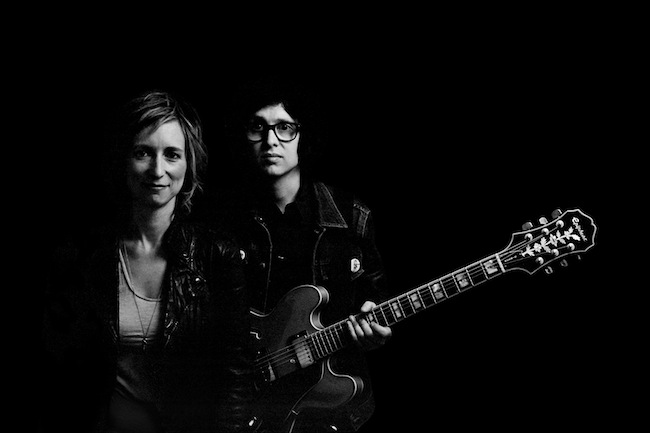 By the time the false start of “She’s Not Interested” reveals the rockingest tale of unrequited love in years, listeners should realize they are on a carefully crafted ride that tracks the narrative of the demise of a relationship, which ultimately pays off with the title track and the denouement of “Don’t Want to Ever Fall In Love Again.” Before that final track fades, Frederick’s narrator declares: “I never, ever want to fall in love again,” yet simultaneously, we know he’s destined to return to the “Baby, I knew that you were the one that would hold me tight” clarity of “Inamorita”, either with the same girl, or a new love yet to be discovered.
You can still hear Detroit in The Singles’ sound, but Look How Fast a Heart Can Break definitely reflects the influence Southern California has had on Frederick. Much of the record is awash in reverb, and the deftly layered vocal harmonies are as pure as anything that ever rolled out of the Wilson family’s garage. This record is a great soundtrack for summer — the bright harmonies and the upbeat tunes will sound great blasting out the windows as you cruise the boulevards, and the thread of the cautionary tale might just save you from a misstep that could break your heart.
Key Tracks: “Inamorita,” “Turn The Other Way,” “She’s Not Interested”
Artists With Similar Fire: Material Issue / Redd Kross / Best Coast