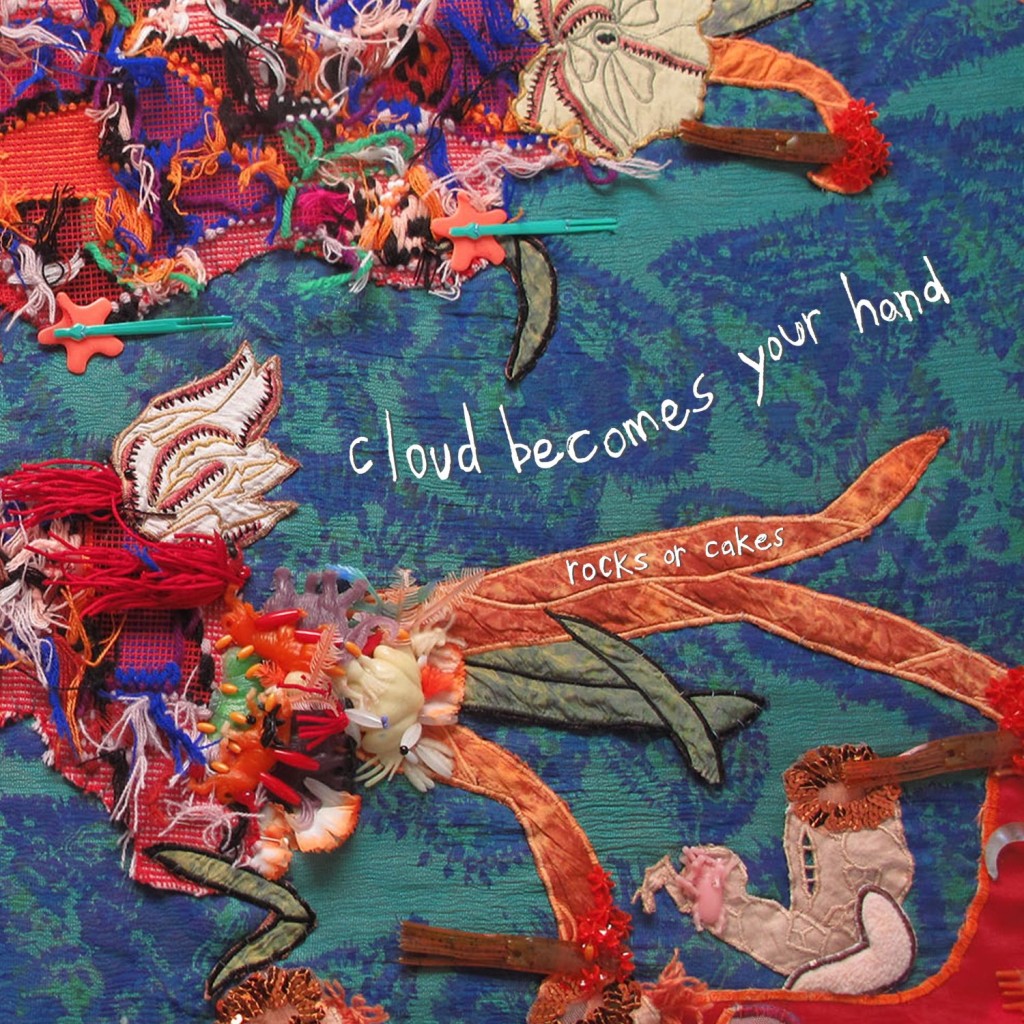 Fire Note Says: Cloud Becomes Your Hand crafts quite the curiosity.
Album Review: Here at The Fire Note I‘ve been given some pretty strange albums to review. Of course, that’s fine by me. So when Cloud Becomes Your Hand‘s (their name derived from movement # 73/108 of the Taoist Tai Chi set) Rocks or Cakes crossed my path I was immediately interested. A self-described “renaissance faire acid trip underwater in grandma’s Winnebago,” Cloud Becomes Your Hand lurks somewhere between Black Moth Super Rainbow and STRFKR, Seaven Teares and Thee Oh Sees, Jack Name and Cloud Cult. They are the hyphen that connects avant and garde. Weston Minissali, Sam Sowyrda, Booker Stardrum, and Hunter Jack bind together new discoveries.
So how to describe Cloud Becomes Your Hand’s Rocks or Cakes? Well it’s definitely art, that’s for sure. With some art you have to turn your head and squint a bit to see the true vision, and that just might be that case with Rocks or Cakes which is the main problem I have with it. This isn’t the every-man record—I’m not looking for radio-friendly, but accessibility doesn‘t hurt. Songs like “Waste Park,” “Bees Going Postal,” “Glimpse of Hot Glove,” and “Peanuts in a Celluloid Bag” require the audio and intellectual equivalent of squinting while turning your head. It’s adventure that I can appreciate, but when not in the most adventurous of moods it has the potential to fall flat. 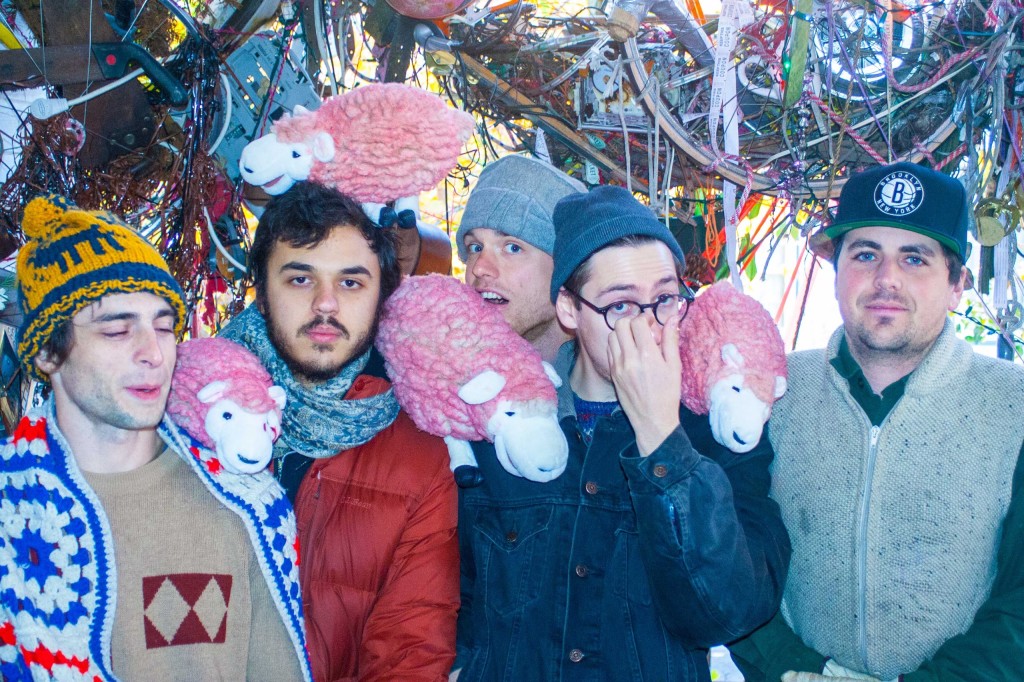 But Rock or Cakes does shine with its song experiments as opposed to it sounds experiments. “Felt Beetle” dances on as Coopers’ vocals chase jagged, erratic guitar lines—changing themes as quickly as it began, it suddenly picks up with a fantastic rhythmic bounce. “Sand of Sea” zigs and zags with a beautifully constructed cartoon-ish charm that makes it one of the album’s top tracks for sure—the touch of burbling sci-fi French art pop doesn’t hurt either. “Bay Shamps” asks the age-old question: “what would Josh Homme would look like dressed as a circus clown?” Combine a fun house mirror and Johnny Greenwood conducting Henry Plainview, and the results would come pretty damn close. One other song to highlight is the light-hearted ditty “Nuclei Spinoffs,” a fun juxtaposition of simple wonder and hovering malice.
When they get weird and wacky,Cloud Becomes Your Hand’s Rocks or Cakes is great. But more often than not the album focuses on experimentation and not cohesive direction. Even so, Rocks or Cakes has an adventurous spirit that is rarely seen by artists today. Cloud Becomes Your Hand always borders on risk, but it’s a risk that shows potential. With necessary honing the next release from these guys has every reason to get me excited!
Key Tracks: “Felt Beetle,” “Sand of Sea,” “Nuclei Spinoffs”
Artists With Similar Fire: Jack Name / Seaven Teares / Black Moth Super Rainbow

The Kooks Return With New Single “Down,” Available April 20

Farewell Flight: I Was A Ghost [Album Review]