The Black Hollies: Somewhere Between Here And Nowhere [Album Review] 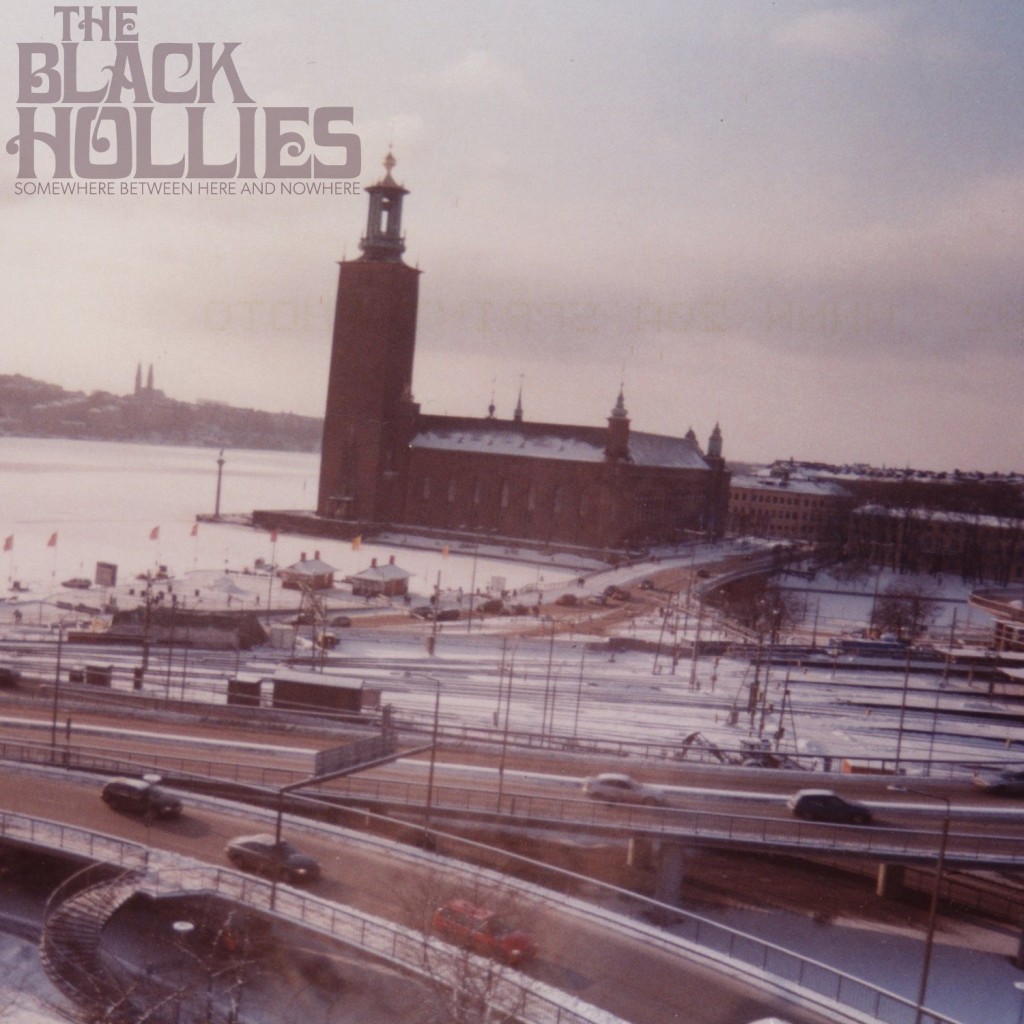 Fire Note Says: The Black Hollies’ latest floats between ethereal psych and slow-burning rock.
Album Review: Jersey City’s Black Hollies are obviously influenced by 60s acts (just look at their name, for one thing). Trippy guitars, buzzing synths and piping organs combine with their solid rhythm section for a sound that has plenty of potential. Falling somewhere between the oh-so-good near-plagiarism psychedelia of Tame Impala and the more vaguely 60s-influenced sound of later bands like My Bloody Valentine, Somewhere Between Here and Nowhere finds The Black Hollies trying to craft tunes with care—but they may have been a bit too careful.
First, the good: The Black Hollies mostly pull off the dreamy, expansive sound they were obviously shooting for. Guitar lines weave in and out of each other, organs and synths build beds of pretty noise, and well-mixed vocals drift through the songs as if in a haze. When the band has a solid hook or catchy melody underpinning the songs, they can be very good. While many albums start and end strong with a slump in the middle, Somewhere starts decently and really finds its feet just before the half-way mark: the trifecta of “Benevolent Beacon,” Daydreams,” and the title track (which may or may not contain a send up to Michael & The Messengers’ Nuggets gem “Romeo and Juliet” with its “hey hey hey” backing vocals) provide three different takes on tripped-out rock, creating a great balance between arrangement, melody and structure. There are other songs that work nearly as well, the pleasant Another Green World-era Brian Eno meets M83 vibe of “Where Do We Go From Here” being the best of these. 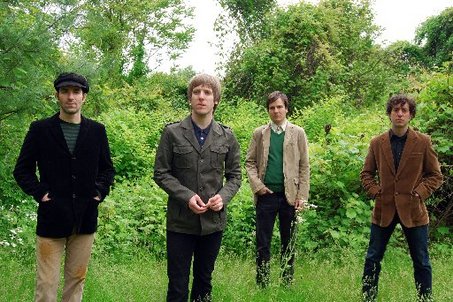 But now for the not-so-good news: while the atmosphere works for the most part, the album just plain drags in spots, especially at the end. I’m all for long songs if you can justify the length (see: “Supper’s Ready” or “Close to the Edge,”), but prog-rock this ain’t. The worst offender is the three-part “Lunatic Influenza” suite that closes the album: a fairly simple chord progression married to a slow, plodding beat and a not-bad—but not very interesting—vocal melody. Repeated in three subtly different variations for over ten minutes, I was getting downright sleepy by the end of it. Some of the other tracks here are also a bit long in the tooth for their basic pop/rock frameworks, which tends to kill any momentum they build up along the way.
Somewhere Between Here and Nowhere isn’t a bad album; it just could have used some editing. Pick the best 10 songs here and tighten-up some of the longer ones and it could have been an engaging listen all the way through; in its current form, the haze is more anesthetic than psychedelic.
Key Tracks: “Daydreams,” “Somewhere Between Here and Nowhere,” “Where Do We Go From Here”
Artists With Similar Fire: Tame Impala / Elf Power / Someone Still Loves You Boris Yeltsin