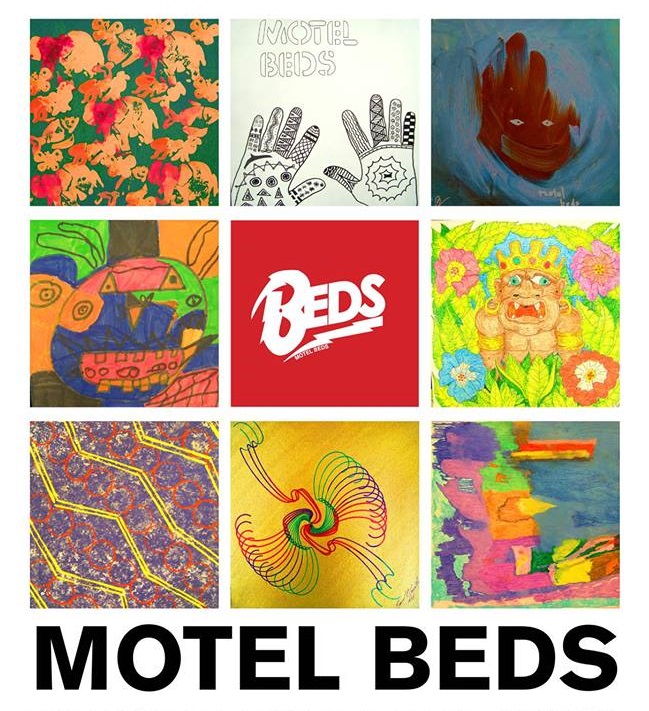 Here is a secret you may not know. The Motel Beds are a really good band from Dayton, Ohio. If you are a frequent reader of TFN you probably already know that bit of information. Here is another bit of important information: The band has a new record coming out on Misra Records Saturday that will be worth seeking out if you like wax.
These Are The Days Gone By is a collection of Motel Beds singles, outtakes, and live favorites. The songs have been remastered by Carl Saff (Dinosaur Jr, GBV, etc) and true to Dayton (see GBV’s “Propeller”), the first 500 LPs are all one-of-a-kind. Each cover was individually hand-painted by the artists at We Care Arts: a non-profit dedicated to “changing disabilities into possibilities.” A portion of the proceeds from these first 500 will go to benefit WCA.
How do you get one of these? The band is having a soft release show in Dayton tomorrow night (1/18) and the album will be officially released internationally later in 2014. If you are close enough to attend the show tickets can be found HERE.
If you want a hand painted jacket and can’t make it to the Midwest, I would suggest you keep your eyes peeled to Misra Records HERE at your shot to buy one of these limited covers. If you can make the show, it will be well worth your travel for the Beds plus you will also get to see two other Dayton standouts in the Smug Brothers and Good English which fill the bill!
Update: You can now pick up a copy online HERE.