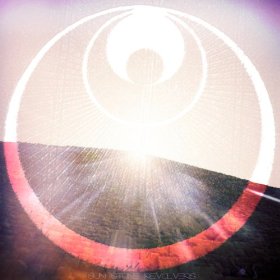 Fire Note Says: Sun Stone Revolvers keep things surprising with the space-soaked grower Spaceship X
Album Review: It seems there are a couple of places that Sun Stone Revolvers would like to be welcomed: a vampire rave á la the movie Blade, somewhere nicely hidden in a Cliff Martinez score, the brooding cheese of a Riddick film, or a cyber battle for humanity dependent on the choice between the blue and red pill. Sun Stone Revolvers, a Canadian duo turned trio, return to earth once again with their sophomore release Spaceship X. What does that mean for us? Well first off it’s the follow up to 2010’s debut Apocalypse Surfin’. Second, it sounds like a excuse to start anew with an augmented lineup.
Spaceship X isn’t a bad album; after a few listens its moments and charms became more and more apparent . The first half of the album, “Spaceship X,” “On The Run,” “Horizon,” “Born Again,” and “Don’t Set Me Free” for the most part burns with a dark, droning, hazy, sexy fire that can grab the attention (the exception being “Born Again”). But, while appealing, I found it hard to appreciate it after a while. Those criticisms aside, I did find moments that showed promise. The final five tracks take some interesting and different directions that break the pattern. Instead of carrying forward the earlier tracks’ menacing sex appeal, Sun Stone Revolvers mix it up a bit by doing away with the predictable. It doesn‘t always work, but songs like “Ocean’ and “Liberation” carry a lazy acoustic warmth and a spacey beauty. What also helped draw me back in was the Damon Albarn-esque character that lead vocalist Sebastian Diaz-Molaro dons. Coming from somewhere in between The Good, The Bad, and The Queen and Gorillaz, songs like “Don’t Set Me Free” and “Sails In The Wind” have a strong nostalgic draw. 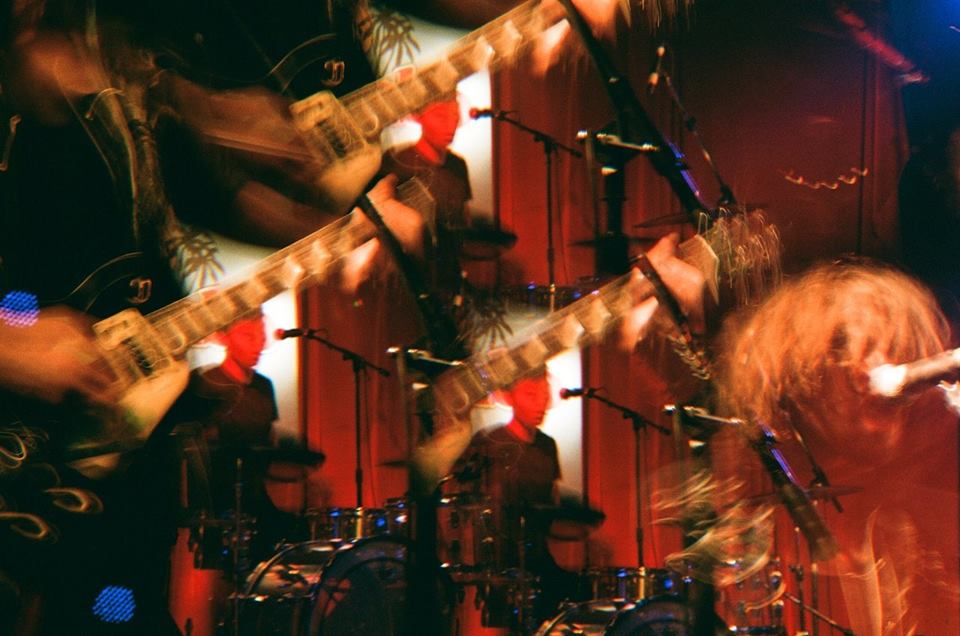 Going in on my first listens it was hard to see the draw in Spaceship X. But listen after listen my complaints became fewer and fewer—certain charms were discovered, and a good album eventually emerged. While Sun Stone Revolvers aren’t perfect, Spaceship X is a true grower so hold your opinions until the second or third listen: you may just thank me.
Key Tracks: “Don‘t Set Me Free,” “Liberation,” “Sails In The Wind”
Artists With Similar Fire: Cathode Ray Eyes / Haunted Leather / Black Rebel Motorcycle Club