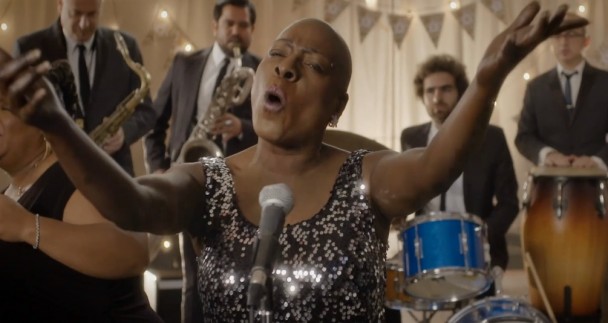 Sharon Jones & the Dap-Kings have a new video for the single “Stranger To My Happiness” directed by Rob Hatch-Miller and Paloma Basu of Production Company Productions. The clip finds the band cast as the wedding band, captured at the end of the night having fun after everyone else has gone.
The festive performance captures Sharon Jones at a specific time in November, strutting a look that clearly illustrates a side of effect of her chemotherapy treatments. Miss Jones made a conscious decision that day, as she recalls: “Not wearing a wig and just being bald was an easy decision for me. I’ve always been me, and that’s not going to change now.”

Give the People What They Want is set for release on January 14, 2014 via Daptone Records.