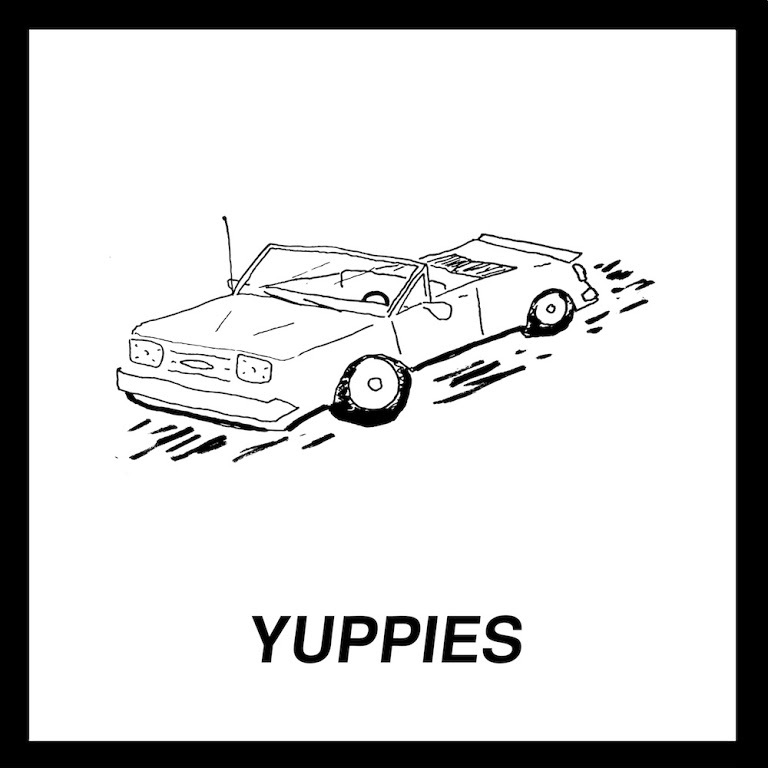 Fire Note Says: Yuppies come at you from all angles on self-titled debut!
Album Review: Over the decades of music there has always been bands that just came off as weird. Not bad weird but good music odd weird. You know the bands I am talking about – gorgeous disjointed and somewhat angular music with off-kilter type vocals that are just cool. These types of bands are not necessarily super popular cool but they are the type of cool that quietly gathers all the critics and hipster kids in their pocket. Do you follow me? I hope!
Yuppies band name itself screams swagger but once you put these Omaha, Nebraska guys on, you realize that they are anything but. Their music right from the opening track, “Across The Prairies,” is different. The track has a distant drone type of instrumental beginning for its first minute before the spoken sung words come from Jack Begley as he guides you with some included yell outs near the conclusion of the track. Things really don’t get going here until the next song, “A Ride.” It is Dead Milkmen rowdy as the guitars and drums crank while Begley almost runs out of breath before his bandmates help out. “What’s That?” simmers things down just a notch with its Wire like groove and then as the Yuppies repeat “Reduce, Consume, Waste, Renew” the song takes a new turn and has the same pattern as The Godfathers “Birth, School, Work, Death.” 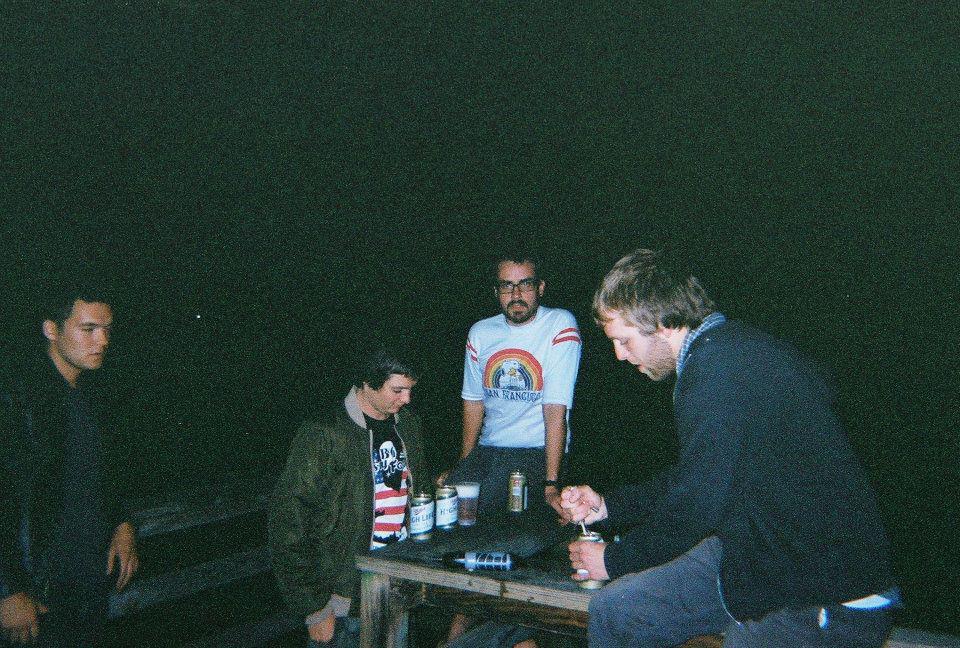 Yuppies are on Dull Tool Records which is Parquet Courts’ Andrew Savage imprint. This will automatically lead to some comparisons to Parquet but it is more about that both bands have the same Jim Carroll Band sound when they play tracks more straightforward. Yuppies separate themselves because playing it straightforward is not their standard. Just listen to the noisy over four minute “Worms” or the dramatic more spoken word structure of “I Don’t Know.” These types of tracks will alienate some indie fans but for me, it is what makes the Yuppies worth checking out. Every generation has their “band” that did it different. Yuppies are one of those bands and even though this self-titled debut does not totally connect on every track there are some really good art punk types of songs here that sound great every time you spin them. For that very reason, I will be patiently waiting to see where the Yuppies go next because it really could be anywhere and that is what makes them exciting!
Key Tracks: “A Side”, “What’s That?”, “Getting Out”
Artists With Similar Fire: King Missile / The Moldy Peaches / The Dead Milkmen