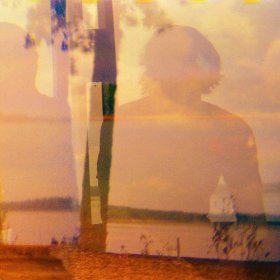 Fire Note Says: Royal Forest seamlessly blend Americana, psychedelia, and alternative rock on Spillway.
Album Review: It’s usually a good sign when you come across an album you can’t easily categorize. Records that fit neatly into a genre box can be great, but they can also be predictable and hint at a lack of ideas. Such is not the case on Royal Forest’s newest LP, the quietly excellent Spillway. This album doesn’t jump out at you at first, but on subsequent listens the layers and broad range of the band’s talent shines through. Recorded by the band on analogue tape and mastered at Abbey Road Studios in London, Spillway’s production quality is just one of its strong points.
While it might be difficult to pin down Royal Forest’s sound to a particular sub-genre of rock, that doesn’t mean they aren’t accessible—in fact the opposite is true. Whether they’re channeling the oblique roots-rock of Wilco, the downer piano pop of Lovedrug, or peddling psychedelic head trips a-la Tame Impala, Royal Forest’s strength lies in their ability to match catchy, memorable melodies to music that subtly shifts textures and tones, feeling both eclectic and cohesive at the same time. While listening to Spillway, you just get the feeling that this is a band that has their priorities straight—great arrangements abound, but the songs themselves anchor everything in place.

Take “Goldwallpaper.” The instrumentation is fantastic—distorted guitars chime from the get-go, accompanied by a simple but effective drum beat and alternatively ambient and propulsive organ—but the song itself is more fantastic still, nodding to some of the trippier John Lennon Beatles tracks. “Broken Bow” is one of the album’s longer tracks, but it’s space used effectively, the song’s minor-key piano chords ringing out beneath a haunting vocal melody and background harmonies. It isn’t just the songwriting, and it isn’t just the arrangements that give Spillway its resonance—it’s the combination of the two and all the little touches in between.
There are plenty of other examples too—opener “Everyone Who Knows” starts things off with its appealing momentum; “John Denver” (the fourth “Key Track” if I could squeeze in an extra one) highlights the band’s vocal harmonies and breezy melodies; “Near The Spillway” is an exercise in “less-is-more” minimalism, its first two-thirds nothing more than a single vocal with multi-tracked electric guitar before breaking into a Beach Boys vocal tribute at the end. The driving power pop of “On The Sun” pushes the album forward towards its conclusion, while closer “Man-Made Lakes is a great blend of the album’s myriad sounds. Spillway is the work of a mature band making great tunes, and while it may not be the best album of 2013, it’s definitely worth at least one listen—but it probably won’t be your last.