Third Installment of Sloan Bootleg Vinyl out this Wednesday! 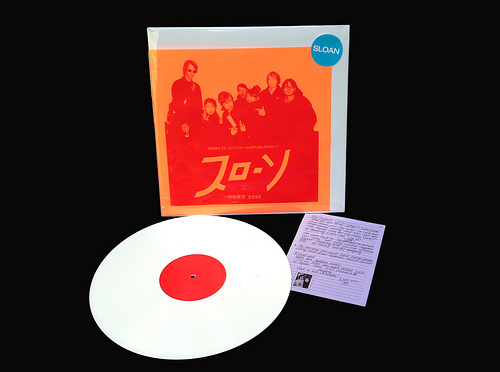 Sloan has announced that the third installment of their Sloan Bootleg Vinyl series, Tokyo Japan 2002, will be released this Wednesday November 20th at 12 noon via the Sloan webstore HERE.
Recorded live from the audience at Club Quattro in Tokyo, this limited LP is pressed on to Japanese flag – style vinyl and is a hand numbered edition of 500 only.
The vinyl includes a high quality digital download along with 4 bonus tracks not on the vinyl: (Deeper Than Beauty, The Lines You Amend, People Of The Sky & Money City Maniacs)