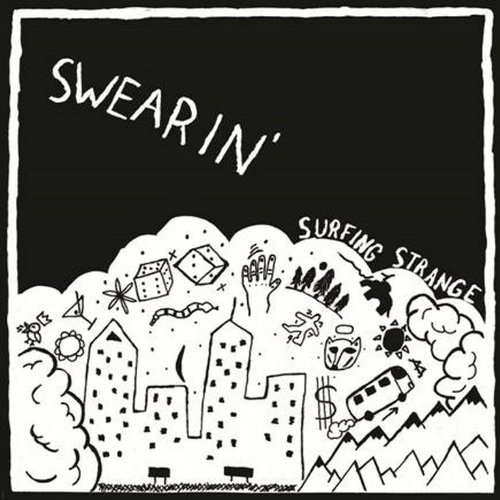 Fire Note Says: Swearin’ recalibrate their formula on their nineties-indebted second album.
Album Review: On Swearin’s excellent self-titled debut, Allison Crutchfield dominated almost every track and the results were stunning. Yeah sure they’re a four-piece but it had the feel of a solo album from the ex-P.S. Eliot singer. It was a thundering pop-punk (near) masterpiece that made my Top 10 albums of 2012. Not much has changed this time around – or so it would seem after listening to the record’s first and best song, “Dust In The Gold Sack.” It immediately reminded me how great songs like “Kenosha” and “Movie Star” were off their debut. Crutchfield’s strange Alabama accent perfectly counters the crunchy, distorted guitars that kick in exactly eighteen seconds in. The intro’s acoustic guitar returns for a bit in the middle and that’s the first indication that Swearin’ are trying to stretch out their sound this time out.
It doesn’t take long to fully appreciate the biggest change in the band’s approach as the second song (and first single) “Watered Down” finds Kyle Gilbride singing lead which he did on a couple tracks on the debut. But this time around he gets the spotlight. Allison joins in on backing vocals giving the song a Pixies quality about it. “Mermaids” comes in over four minutes and is by far the longest song they’ve recorded. It’s a mess yet oddly compelling as Gilbride mumbles indecipherably for half the song then Allison sings a little. The songs closes on sludge-filled power chords and the whole thing is just a head-scratcher. They add a little organ during the Breeders sounding “Parts Of Speech” as if to say: “See? We’ve grown artistically!!!” 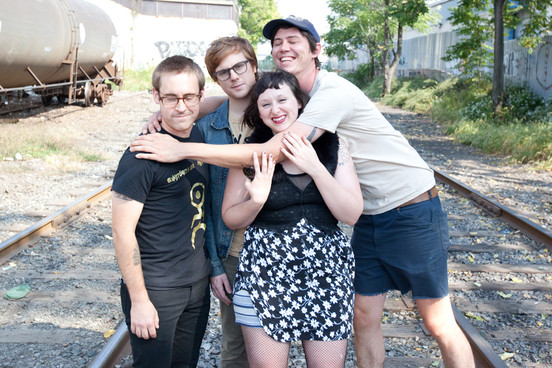 That Allison has loosened the reins becomes crystal clear when bass player Keith Spencer gets a couple songs: the hulking “Melanoma” and rimshot-infected “Glare Of The Sun.” There are times when listening to this that I almost forgot this was Swearin’. As the band has turned more democratic, Crutchfield’s role diminishes. This is a huge mistake. As serviceable as Gilbride and Spencer are if you have a world class lead singer in your band why would you dilute her input? It makes no sense. Besides the single, all the best moments on Surfing Strange are hers. This is epitomized by “Loretta’s Flowers.” Here she tries to out-Waxahatchee her twin sister Katie. Given that Spencer and Gilbride were Katie’s backing band on the excellent Cerulean Salt it really shouldn’t be too surprising that parallel lines can indeed intersect. I mean, hells bells – she sounds exactly like her twin and they both share a love for witty lyricism with a Southern flare.
Gilbride closes things out with a Terror Twilight era Pavement slow burn in the song “Curdled.” Again they do the boy/girl vocal thing but subtly. There was precious little that was subtle about this band last year. And there is a sense that Swearin’ are threading the needle somewhat throughout Surfing Strange. They want to expand everyone’s stature and yet retain the playful exuberance of their debut. They almost pull it off. Call it a sophomore slump if you will (and I kind of do) but if this is a let down I’ll take it.
Key Tracks: “Dust In The Gold Sack”, “Loretta’s Flowers”, “Watered Down”
Artists With Similar Fire: Waxahatchee / Superchunk / Pavement