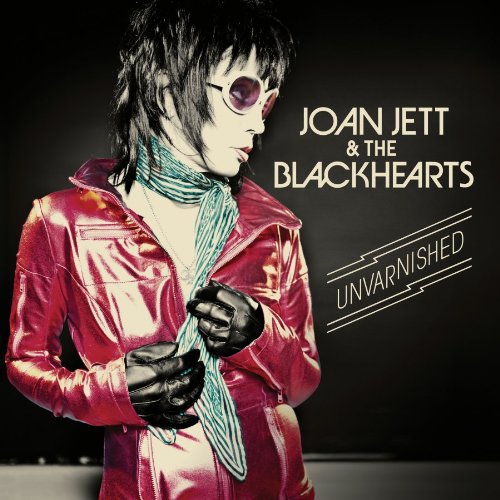 Fire Note Says: Attention: Joan Jett is not dead!
Album Review: At this point in Joan Jett’s career, I don’t think there are any expectations of what a new record should sound like. I am sure there are tons of opinions but especially when Unvarnished is her first record in seven years, Jett could have released a country album and it still would have had trouble making waves. There are tons of critics that probably have totally forgotten about Jett and I imagine even yawned when Unvarnished came into their stack for potential review. I also believe that even longtime fans have lost touch and might be surprised when they find out the band is back in town. Well, I will tell everyone right now that it will be their loss for skipping Unvarnished because it is a fun rock n roll album that will remind listeners of her early work like Bad Reputation (1981) and I Love Rock ‘n’ Roll (1981).
You do not need to go any further than the opening track, “Any Weather (606 Version)”, which comes complete with handclaps and fiery guitar. The song also features co-writer of the track, Dave Grohl (Foo Fighters) who also plays every instrument on the song besides Jett and her rhythm guitar. The funny thing is you would not know Grohl was involved because the song has a very 80’s Jett in your face vibe. Essentially a great start and also the only track Grohl shows up on so the rest of Unvarnished is up to Joan. More than capable, she is back with longtime bandmates Dougie Needles on guitar and Thommy Price on drums, plus her co-writer from the beginning, Kenny Laguna. “TMI” follows with its big playful chorus that is so simple it makes sense while the mid-tempo ballad “Soulmates To Strangers” has true lyrical depth that does not lose Jett’s edgy vocal delivery. 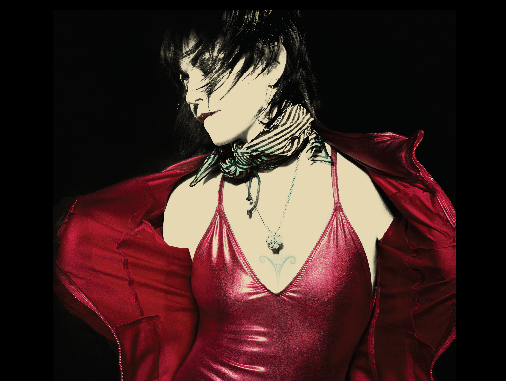 The rest of Unvarnished plays to Jett’s strength while also acknowledging that she is 55, like on “Hard To Grow Up” that shows her realization that life is no longer just a party and sometimes you need to be responsible. That world view helps Unvarnished succeed because Jett keeps the songs real and plays the music she wants to. The grooving “Different” is classic Jett with her gruff almost angry vocal and a big driving riff that holds your ear to every progression. Overall, this classic sounding Joan Jett & The Blackhearts is the way 98% of Unvarnished plays out and is probably Jett’s best album since her 1983 third record, Album. Unvarnished is a fun album that does have replay value and highlights what most of us already know – Joan Jett rocks!
Key Tracks: “Any Weather (606 Version)”, “Soulmates To Strangers”, “Different”
Artists With Similar Fire: Corin Tucker / Foo Fighters / The Gits