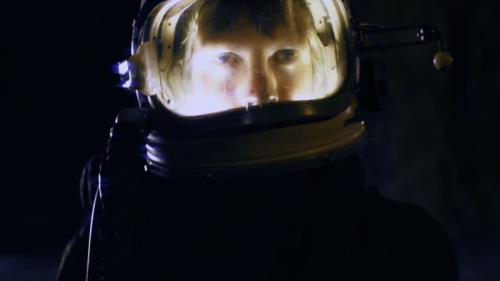 You can now watch a new video for Shearwater’s “I Luv The Valley OH!,” the leadoff track from Fellow Travelers. The clip, directed by Branan Edgens and designed by Kahn & Selesnick, stars band leader Jonathan Meiburg as one of two astronauts stranded after a crash landing in an unfamiliar world.
Fellow Travelers, Shearwater’s new collection of reinventions and collaborations with artists they’ve toured with over the years, is due out November 25th in Europe and November 26th in North America on Sub Pop.